Pelosi unveils coronavirus relief plan known as the Health and Economic Recovery Omnibus Emergency Solutions (HEROES) Act which would give another $3 trillion to the economy, with $15B going to state DOTs 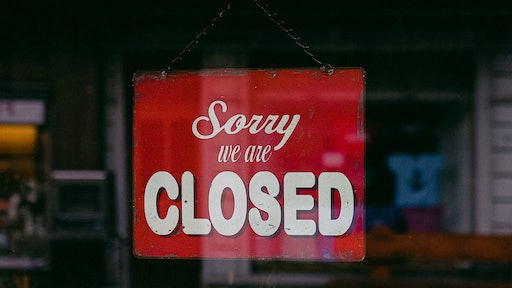 Democrats have released another sprawling stimulus package, known as the Health and Economic Recovery Omnibus Emergency Solutions or HEROES Act. The legislation includes $875 billion for cash for state and local governments and Democratic leaders say is the centerpiece of the fifth coronavirus relief package. The package also includes $20 billion each for tribal nations and for U.S. territories and provisions to support multi-employer pensions.

"We can all agree that we must open our economy as quickly as we can but we must do so based on science and data," Pelosi said. "The key to opening the door is testing, tracing, treatment and social distancing."

The legislation also includes a slew of liberal priorities left out of previous bills, including $75 billion for mortgage relief and $100 billion in assistance for renters, $25 billion for the U.S. Postal Service and $3.6 billion to shore up elections.

The bill goes further than previous bills in other ways, too: It would include another round of $1,200 checks for adults making up to $75,000. Under this bill, kids would receive the same amount, instead of $500. It would make $10 billion available to small businesses that haven’t received funds from the Paycheck Protection Program.

Since early April, states have lobbied Congress to provide $50 billion of transportation aid. Stay-at-home orders across the country have caused gas sales to plummet, slashing gas tax revenue dedicated to maintaining and improving roads, bridges and other infrastructure.

As a result, state DOTs expect to experience an estimated 30 percent average decline in forecasted revenues over the next 18 months – with some potentially experiencing revenue losses as high as 45 percent – and those revenue losses will be steeper sooner rather than later.

As states are struggling to keep up amidst dwindling gas tax revenues, many feel any future stimulus package should include dollars earmarked specifically to help states keep projects moving.

While the package does contain $15 billion in stopgap funds for state departments of transportation, that number is well below the nearly $50 billion the American Association of State Highway and Transportation Officials projects state DOTs will need to continue operations in the face of drastic falloffs in motor fuel tax revenues, toll road receipts and other funding sources.

Specifically, the HEROES Act would provide $15 billion in grants to support the ongoing work of state, U.S. territorial, and Native American Indian tribal DOTs and certain local governments to mitigate the effects of the COVID-19 pandemic, including the salaries of staff and other administrative expenses.

According to an analysis of the “Phase 4” relief bill by AASHTO, state DOTs would receive $14.775 billion distributed by formula funding, with tribal DOTs getting $150 million, Puerto Rico getting $60 million, and territorial DOTs receiving $15 million. Additionally, HEROES Act funds would be subject to Surface Transportation Block Grant Program or STBGP eligibilities and be provided at 100 percent federal share, with those funds allowed to cover operational, maintenance, and administrative expenses, including payroll needs.

“We want to thank House leadership for acknowledging the challenge facing state DOTs due to impacts from the COVID-19 pandemic,” noted Jim Tymon, AASHTO’s executive director, in a statement. “While this isn’t the $49.95 billion we asked for, it’s a good start. We look forward to working with House and Senate leadership to determine a level of funding that will allow state DOTs to continue to meet the needs of a nation and its economy that is getting ready to return to work.”

However, Senate Majority Leader Mitch McConnell, R-Ky., noted in a statement on May 12 that the House’s bill is “exactly the wrong approach” and is focused on developing a different Phase 4 COVID-19 relief proposal.

Still, bipartisan support had been growing for the nearly $50 billion state DOT funding “backstop,” with more than 130 members of the House of Representatives supporting that request in a letter sent on May 11 to House Speaker Nancy Pelosi, D-CA., and Minority Leader Kevin McCarthy, R-CA.

“Our transportation system is essential to America’s economic recovery, but it is facing an immediate need as the COVID-19 pandemic is significantly impacting states’ transportation revenues,” the letter said. “With millions of Americans following ‘stay-at-home’ orders to reduce the spread of COVID-19, many state governments are facing steep across-the-board reductions in tax revenues.”

New York Governor Andrew Cuomo has condemned previous federal stimulus bills for being tainted by partisan politics According to AMNY, Cuomo says the HEROES Act must not be an opportunity for lawmakers to “bring home the bacon,” but rather a genuine, national effort to bring relief to states and Americans in need.

Cuomo said that he and Maryland Governor Larry Hogan, a Republican, would issue a joint statement on behalf of the National Governors Association calling for the HEROES Act to provide substantial financial relief to states and governments hard hit by COVID-19.

The new bill, Cuomo observed, must also include landlord and renter assistance, infrastructure improvement projects, increased payroll protection to preserve jobs, funds to help cover funeral expenses, and a repeal of the cap on state and local tax exemptions (SALT) that was part of the Tax Cuts and Jobs Act passed in 2017.

How Is the Road Building Industry Coping with Coronavirus?