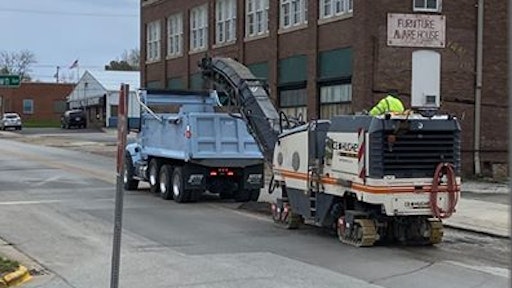 “These new common-sense rules give truckers more options when planning their days," U.S. Secretary of Transportation Elaine Chao said in a video released by the DOT. "They will help drivers reach their destination safely, without feeling like they’ve got to race against the clock to comply with federal mandates.”

NAPA, working in coalition with others over the last two years, helped provide key evidence to ensure the NAPA Exemption was permanently codified across the entire trucking industry and contained additional relief measures. Although the final rule doesn’t become effective for another four months, the asphalt industry can continue to operate as they have under the existing NAPA Exemption. In addition to the relief afforded under the NAPA Exemption, the new rule extends the distance trucks can travel, under the short-haul exception, to a 150-air-mile radius from their original dispatch.

Changes are a win for construction

“Although NAPA worked hard to get its initial Exemption for our industry, allowing additional on-duty time, we also recognized that agency should provide similar relief for other supply-chain trucking needs,” NAPA President and CEO Dr. Audrey Copeland says. “Similar to what we did in 2018, we actively engaged with our stakeholders, throughout the entire rulemaking process, to ensure these benefits and others were realized in FMCSA’s final ruling. It's gratifying that NAPA’s temporary industry-exemption issued two years ago was the basis for the final rule.”

An ARTBA statement on the new rulemaking sums up the benefit of the changes for contractors, “These provisions will increase flexibility in deploying drivers who actually spend most of their day waiting in queues for loading and unloading materials, delivering construction equipment and helping with other project tasks.  They will especially help contractors working on a critical project under an intense, accelerated schedule, such as replacing a bridge over a single weekend.”

“Although NAPA members have essentially been operating under these regulations since January 2018, when FMCSA granted the asphalt pavement industry an exemption from the more onerous Hours-of-Service requirements, today’s ruling makes permanent NAPA's original Exemption and provides some extra relief, while ensuring safety across the trucking industry."

All of the construction associations have committed to continued analysis of the new rule, with plans to update their members and the industry as appropriate.

Some say changes are dangerous

“Taken together, the changes outlined in this new rule will increase the amount of time that drivers remain on-duty and dangerously extend their workdays, jeopardizing the safety of truckers and the traveling public. Research shows that driver fatigue remains a significant risk factor in fatal truck crashes, which have increased for five consecutive years.

“This is simply the latest example of the Trump Administration prioritizing profits over public safety. Despite the Department of Transportation’s rhetoric, this rule will mean more tired truckers on the road and increased pressure to stay on-duty longer. If we want to support truckers and their critical work during the COVID-19 pandemic, the federal government must ensure drivers are guaranteed adequate rest.”