The existing U.S. infrastructure funding law is up for renewal by Sept. 30, and the administration sees that as a possible vehicle to push through a broader package 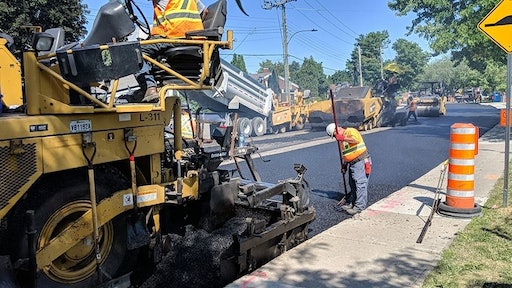 Trump has promised a $1 trillion package for infrastructure since he was campaigning to be President in 2016 and it appears that he may finally fulfill that promise.

Bloomberg says a preliminary version of the sweeping legislative package is being prepared by the Department of Transportation.  The plan would reserve most of the money for traditional infrastructure work, like roads and bridges, but would also set aside funds for 5G wireless infrastructure and rural broadband which he is scheduled to speak on later this week.

In addition to his campaign promise, President Trump has launched numerous proposals for infrastructure spending during his presidency, and last year agreed in principal a $2 trillion plan with the Democratic party. It, however, never got off the ground.

In January, the Democratic-led House proposed its own $760 billion plan to renew infrastructure spending over the next five years.

Where's the Pay For?

Funding such a package has always been an issue for both parties and it remains unknown how the Trump administration would fund this program as the president favors paying for the plans with minimal government money. He has been a proponent of raising the Federal gas tax and has discussed the involvement of the private sector, while Democratic rivals propose majority government funding.

"Since he took office, President Trump has been serious about a bipartisan infrastructure package that rebuilds our crumbling roads and bridges, invests in future industries, and promotes permitting efficiency," Judd Deere, White House spokesman said in a statement.

Infrastructure spending has long held appeal for lawmakers as a way to spur growth, and the pandemic is renewing calls to fast-track roads and other projects so it’s possible that the infrastructure measures currently being drafted could be rolled into the next round of pandemic relief.

The Democratic bill to reauthorize the current infrastructure program was unveiled this month. It includes investments in roads and bridges, funding to make certain projects more resilient to climate change, and funding for public transit and Amtrak, among other priorities. The House Transportation committee is set to take up the measure this week.

The existing surface transportation authorization law, known as the FAST Act, authorizes $305 billion over five years and expires on Sept. 30. Lawmakers will either extend it or come up with a long-term replacement. It’s not yet clear how closely the administration’s plan will align with the Democrats’ proposal but it's clear some action on infrastructure is needed, and soon.