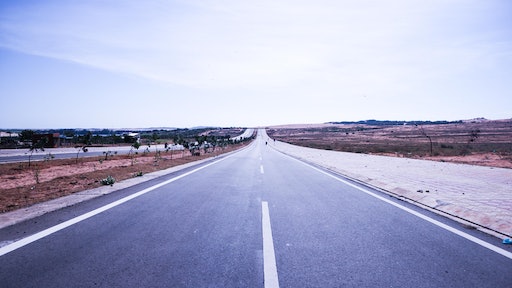 The steep drop in traffic volumes caused by the COVID-19 pandemic is pushing the Highway Trust Fund (HTF) closer to insolvency faster than projected, according to comments made during a Senate Committee on Environment and Public Works hearing on July 1.

According to the U.S. Department of the Treasury, net deposits of tax receipts credited to the HTF in May totaled only $674 million; a 79% year-over-year decline from $3.238 billion in May 2019.

On top of that, recent data released by the Federal Highway Administration indicates that motor vehicle travel on all roads and streets dropped by 39.8% or 112 billion vehicle miles this April compared to April 2019.

In his opening remarks last week, Sen. John Barrasso, R-WY., chairman of EPW committee, explained that surface transportation reauthorization legislation must be passed soon in order to stave off major fiscal problems down the road.

“Three months from today, the [current] surface transportation authorization will expire. This cannot be allowed to happen – especially during this pandemic-caused economic downturn,” he explained.

Ranking Member Sen. Tom Carper, D-DE, added in his opening statement that “every member of our committee knows that America’s transportation infrastructure is essential to our economy, to our society, and to our way of life” but that many of the more than four million miles of roadway and 600,000 bridges across the country are in “desperate” need of repair.

“Whether you’re driving an 18-wheeler truck hundreds of miles a day on interstates across the Heartland, or hitting pot holes on your way to work or the grocery store, just about every driver in America will agree that our surface transportation infrastructure needs work. A lot of it,” Carper said. “While some roads simply need repairs or repaving, others need to be rebuilt or completely redesigned. According to the U.S. Department of Transportation, approximately 20 percent of our federal-aid highways are in poor condition, as are some 46,000 bridges.”

The U.S. highway system is funded through two primary federal sources, the Fixing America’s Surface Transportation Act and the Highway Trust Fund. With a focus on highway safety and structural highway programs, the FAST Act authorizes $305 billion over fiscal years 2016 through 2020. Federal funds are distributed to states using a formula based on how individual states may benefit from federal highway assistance relative to other states.

A “trust fund” is government lingo for a pot of money funded from a specific source, which is then “dedicated by law for specific purposes.” In other words, it’s a part of the federal budget but is self-contained and operates on its own trajectory (in theory).

When the HTF was conceived, annual vehicle miles traveled, and therefore motor fuel tax revenues, were rising rapidly. However, this is no longer the case. Every year since the 2007 recession, the dedicated tax revenues flowing into the HTF have fallen short of the surface transportation spending Congress has authorized. The Federal Highway Administration projects that vehicle miles traveled will grow at roughly 1.1% per year over the next 20 years, leading to less tax revenue going into the HTF.

Compounding the issue, the COVID-19 emergency and stay-at-home orders have slowed travel this spring, deepening the projected HTF revenue shortfall. According to the U.S. Department of Transportation, travel on all roads and streets was down 41.2%, or 112 billion vehicle miles, in April and 27.2%, or 60 billion vehicle miles in March. So far, cumulative travel for 2020 has declined 14.8%, or 152.3 billion vehicle miles.

The American Association of State Highway and Transportation Officials added in a statement submitted to the EPW committee that, on top of those overall system needs, state governments are facing tremendous revenue reductions from “stay at home” orders.

Jim Tymon, executive director of the American Association of State Highway and Transportation Officials described the HTF tax receipt falloff as much like a tsunami generated by an underwater earthquake; due to the lag in tax collection data, it takes time for the proverbial “wall of water” to reach the shore.

“When we originally requested the backstop in April, we expected it to offset an estimated 30% loss in state transportation revenues over the next 18 months,” Tymon said.

“The HTF numbers are consistent with our expectation of a delayed but massive short-term decline in transportation revenue,” he pointed out. “While we expect those numbers to improve as states move to different phases of reopening, it looks increasingly like the recovery period may last well beyond the 18-month window we initially projected.”