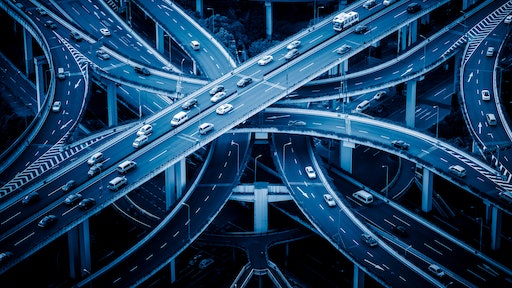 "As an engineer and someone who has spent his entire career around the construction industry, I recognize how vital it is to invest in America’s infrastructure,” said Rep. David McKinley. “Rebuilding our roads, bridges, and water lines will help revitalize our economy and put people back to work. Both at a federal and state level, we have an obligation to prioritize our infrastructure.”

The funding gap for surface transportation systems is deep, but lawmakers have taken recent action to correct the issue. In 2017, West Virginia approved the Roads to Prosperity Program, which invests $2.8 billion in capital projects over a four-year period. The program is set to fund more than 700 projects that will provide new roads and bridges while simultaneously fixing existing ones, thus creating over 48,000 jobs. Additionally, the state also increased its motor fuels tax to 35.7 cents per gallon, which is 17.3 cents higher than the national fuel tax (18.4 cents per gallon). West Virginia also receives federal funds from the Highway Trust Fund, which allocated $460 million to the state in 2018.

While these recent funding measures should improve conditions in the future, the report indicates that current conditions of the state’s infrastructure systems are not adequate for the needs of West Virginians. This remains evident, for the time being, for the state’s surface transportation network (bridges and roads). Of West Virginia’s 7,291 bridges (D+), 21% are rated as structurally deficient, the second highest rate in the nation and far above the national average of 7%. According to the American Road and Transportation Builders Association (ARTBA) Bridge Report, replacing, widening, strengthening and repairing efforts for West Virginia’s bridge network will cost an estimated $2.9 billion.

The state’s roadways (D+) are in similar condition: 29% of the state’s major roads are in poor condition, compared to 21% nationally. Route maintenance cost the West Virginia Division of Highways (WVDOH) $315 million in 2018, with total annual road repair and preservation costs estimated to be $1.6 billion. According to TRIP, the National Transportation Research Group, driving on these rough roads is costing West Virginia motorists $758 million every year in operating costs, amounting to $647 per driver.

“As we grapple with the impacts of COVID-19 on our state’s economy, civil engineers can lend a helping hand,” says Rodney Holbert, P.E., ASCE West Virginia Section past-president. “West Virginia has taken steps toward prioritizing its infrastructure, but we need to put our foot on the gas and get creative if we want to ensure our systems are ready to handle modern challenges and future needs.”

The report found that dams in West Virginia have suffered from deferred maintenance over the years. The majority (75%) of the state’s dams are classified high-hazard potential, meaning failure would likely result not just in significant economic losses, but in loss of life. These structures face funding needs of over $900 million, which is difficult to address with limited funding and nearly half of the state’s dams (275) being privately owned.

West Virginia’s drinking water and wastewater needs (both at Ds) are significant. With the state’s decreasing population, these sectors are struggling to generate revenue, resulting in fewer customers to help cover the costs associated with maintaining facilities, which were built to serve more residents. Both sectors receive funding from a variety of resources, such as the Drinking Water and Clean Water State Revolving Funds, which should help address their needs. In FY2018, West Virginia received approximately $11 million from the Drinking Water State Revolving Funds, in addition to contributions from the U.S. Department of Agriculture, Department of Housing and Urban Development and Appalachian Regional Commission.

The report also includes recommendations to raise the grades, including:

A full copy of the Report Card for West Virginia’s Infrastructure is available at  https://www.infrastructurereportcard.org/state-item/west-virginia/.

Another Wake-up Call to Infrastructure Deficiencies

In this episode, Jess & Dormie talk to Vijay Palanisamy, director of product marketing & communications at Dynapac North America about how they are working to make their machines safer for operators. Watch to learn more.
Jessica Lombardo
May 14, 2021

Asphalt Materials Inc. has created a culture of safety at their company to achieve their goal of getting every worker get home to their families each night.
Jessica Lombardo
April 26, 2021
Follow Us