Legislation would aim to fund typical road and bridge projects, but Democrats are likely to push for bigger investments. 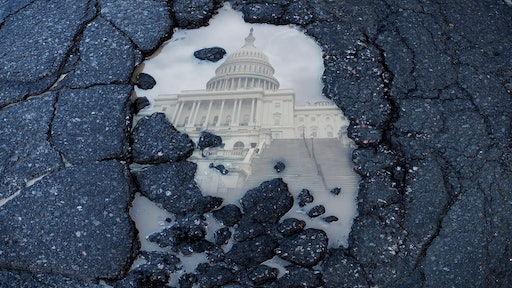 When President elect Biden was campaigning, he released his Build Back Better plan, a national effort aimed at creating jobs we need to build a modern, sustainable infrastructure now and deliver an equitable clean energy future. The plan would be a $2 trillion investment, with a plan to deploy over his first term in office. As inauguration day nears, here is a look at what the Biden administration is planning to do to boost the economy.

Democrats and Republicans alike agree that the nation’s crumbling roads and bridges are badly in need of repairs, but those bipartisan sentiments weren’t enough to get a trillion-dollar spending bill across the finish line during the Trump administration. Biden looks to create millions of good, union jobs to rebuild America’s road, bridges, green spaces and water systems. He also wants to lay a new foundation for sustainable growth and compete in the global economy. The coronavirus pandemic has created an opening for large spending bills, and infrastructure proponents are hoping there will be momentum for legislation early 2021 to help the faltering economy.

Recently, NAPA sent a letter to Biden and his transition team expressing the designer to work with administration to stabilize the economy. "We are eager to assist you in your plan to invest in and build a modern infrastructure," Audrey Copeland, NAPA President and CEO, said in the letter. "This is especially important considering the U.S. Interstate Highway System has reached 65 years and the demand to efficiently transport people and goods via our National Highway System is more critical than ever.”

It goes beyond just roads and bridges. This legislation is planned to be even bigger, covering green initiatives, broadband, auto industry and more.