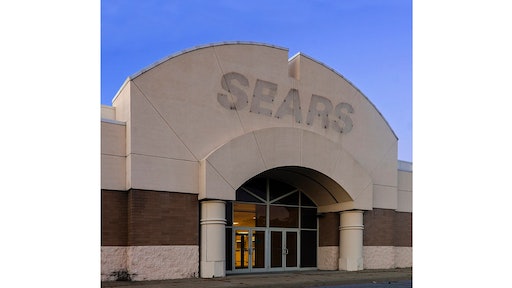 Construction contractors with experience in mall construction and/or warehousing may want to brush up on their renovation estimating and construction skills. The Wall Street Journal reports the largest mall owner in the U.S. is talking with Amazon.com Inc., the most visible target to blame for disrupting traditional retail, to take over space left by ailing department stores.

By the end of June, Simon Property Group had already reopened nearly all its 204 mall properties shut down by pandemic response in the U.S., according to Commercial Property Executive.

Before those bankruptcies – even before the coronavirus pandemic – Amazon had been in talks with Simon Property about converting some of its mall spaces into fulfillment centers.

Forbes points out that closures of the big anchors like the recently-bankrupt department stores and Sears, which will close 96 of its remaining stores, vacates some of the largest spaces in malls. With their own delivery bays, they’re potentially suitable for warehousing. For Amazon, which increasingly depends on its own operations and less on delivery companies such as USPS, FedEx or UPS, the possibility of opening secondary fulfilment centers means extending its reach and lowering its costs.

Amazon, which is setting revenue records through the pandemic, taking an interest in malls is unlikely to be temporary, or small-scale. Malls deliver a lot of square footage in high-population areas. In the middle of last year, it was estimated that Amazon could deliver goods to 72% of US households in one day or less. By developing delivery partnerships incorporating technologies such as drones or autonomous vehicles, and using a network of intermediate fulfilment centers, the e-commerce giant will be able deliver to a very high percentage of the population in approximately the same time it would take a customer to walk or drive to make a purchase in a physical store.

Converting department stores into warehouses could be a lifeline for some commercial contractors. Dodge Data & Analytics forecasts retail construction to be down 34% in 2020 – more than twice the drop of the beleaguered office-construction segment and better only than hotel and motel work.

A pattern that seems to be emerging in pandemic response is cities and states reopening economies, then closing them again in response to new outbreaks, said Spencer Levy, chairman and senior economic advisor of Americas research for CBRE, told Commercial Property Executive. Levy summed up the commercial real estate coronavirus outlook as a “one-two-three” scenario.

“We foresee that multifamily and industrial will only need about one year to recover from any loss, while the office sector will take around two years, followed by retail and hotel … with a three-year recovery.”