With a carefully drafted, enforceable arbitration agreement, a construction professional can better protect himself or herself from the unpredictability of litigation 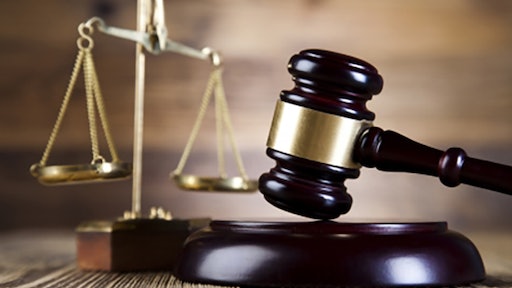 A poorly drafted arbitration agreement can derail the parties’ desire to avoid litigation and can result in the parties being forced to litigate their dispute in a courtroom.

With a carefully drafted, enforceable arbitration agreement, a construction professional can significantly streamline and expedite the dispute resolution process and can better protect himself or herself from the unpredictability of litigation.

It is no surprise to the construction professional that a jury trial is considered something that should be avoided. In the past, jury awards in construction disputes have been both unpredictable in size and scope and can appear to bear little relationship to the legal issues presented by a case or the actual damages claimed. In recent years, construction professionals have been retreating from the uncertainties of a dispute resolution process based on the jury trial.

Instead, the avenue now sought by many construction professionals is an arbitration-based dispute resolution system, in which individuals experienced in the construction industry hear and decide disputes. This alternative system is based on arbitration agreements in construction contracts, which require that all or most disputes arising out of the contract or project be resolved by binding arbitration. Although mandatory arbitration may look like a favorable alternative to litigation, in order to get to the point of actually arbitrating a dispute, the arbitration agreement at issue must actually be enforceable. A poorly drafted arbitration agreement can derail the parties’ desire to avoid litigation and can result in the parties being forced to litigate their dispute in a courtroom – despite the fact that neither party likely wanted such a result.

This article will address several common drafting mistakes that can lead to an arbitration agreement being deemed unenforceable and help construction professionals avoid these pitfalls to ensure that the parties’ intentions are carried out.

Is there valid consideration?

Does the arbitration provision provide for a neutral forum?

Instead, the provision should provide for a process by which arbitrators are to be selected and should involve both parties. For example, a common type of arbitrator selection provision provides for a three-arbitrator panel, with each side selecting one arbitrator and those two arbitrators selecting the third or with the third being appointed by the applicable arbitration organization. The parties should also agree on the location of the arbitration beforehand, and the location should be specifically identified in the provision.

Have both parties unequivocally waived their right to a jury trial?

To avoid confusion regarding the selection of the parties’ method of dispute resolution, the arbitration provision should also clearly state that, by agreeing to arbitrate, the parties are waiving their right to seek relief in a judicial forum. Courts have consistently held that absent some reflection in the arbitration provision of the parties’ basic understanding that they are giving up their right to use the court system to litigate any disputes that arise between them, the provision will be unenforceable.

There is no “magic language” that has to be used to convey this understanding; however, language to the effect of, “Contractor and Subcontractor give up their rights to have claims and disputes arising under this contract heard and decided in a court of law” is likely sufficient.

Have the parties attempted to improperly shorten the statute of limitations?

It can also be tempting in drafting an arbitration provision to include language that requires the parties to submit any claims to arbitration within a certain (often fairly short) timeframe (30 days, for example) from the date the claim or dispute arose. Oftentimes, this results in the parties having a shorter time within which to bring their claim in arbitration than they have under the applicable statute of limitations governing the claim if they were to pursue the claim in litigation.

In some states, this attempt to create what amounts to a private statute of limitations between the parties is per se unenforceable; however, in other states, a private statute of limitations may be enforceable unless it is unreasonable. It is therefore important to know what law will govern your arbitration agreement and draft any provision setting a deadline for bringing a claim accordingly.

At its core, an arbitration provision should do four basic things:

Do Not Litigate – Arbitrate