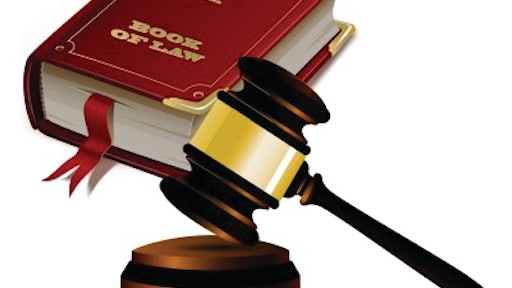 construction professionals should carefully assess their strategic goals and objectives when determining whether to agree to be bound by the new Appellate Rules.

Effective November 1, 2013, the American Arbitration Association (the “AAA”) and the International Centre for Dispute Resolution enacted the Optional Appellate Arbitration Rules (the “Appellate Rules”) which now permit parties to obtain appellate review of arbitration awards. This change to the AAA rules is significant because arbitration of a dispute (as opposed to litigation of a dispute in a trial court) has traditionally been the preferred method of dispute resolution for many construction professionals due to the fact that it is often less expensive than litigation and is intended to be an efficient and final process.

The arbitration process is particularly appealing due to the fact that, under both the Federal Arbitration Act and most state-enacted Arbitration Acts, an arbitration award can typically only be set aside under extremely narrow circumstances pursuant to 9 U.S.C. § 10 (providing that an arbitration award may only be set aside under four circumstances – (1) where the award was procured by corruption, fraud, or undue means; (2) where the was evident partiality or corruption in the arbitrators; (3) where the arbitrators were guilty of misconduct in refusing to postpone the hearing or in refusing to hear evidence pertinent and material to the controversy or of any other prejudicial misbehavior; or (4) where the arbitrators exceeded their powers).

Now, under the Appellate Rules, review of arbitration awards is permitted by an AAA appellate panel in situations involving alleged “material and prejudicial” errors of law and/or “clearly erroneous” determinations of fact. It is important to remember that arbitrators in construction disputes are not judges or legal professionals (although they can be). As a result, arbitrators sometimes get the law wrong or misapply the law to the facts or commit any other number of errors that impact the outcome of the proceeding. For example, if an arbitrator mistakenly upheld a “pay if paid” clause in a construction contract in contravention of state law that provides that these types of conditional payment clauses are unenforceable, until the enactment of these new Appellate Rules, a party affected by this type of arbitrator mistake had no recourse other than to ask a court to vacate the award. With the new Appellate Rules, however, the ability to appeal these types of issues are more clearly defined which will certainly be helpful to a party who has been the victim of a mistake of law or fact by an arbitrator.

To one extent, then, the new Appellate Rules can be viewed favorably because they provide an additional avenue of review outside of the extremely narrow grounds previously available under federal and state law. The right to seek appellate review of both questions of law and issues of fact could become more appealing to parties who may have sought to avoid arbitration because it previously did not provide any means for redressing factual or legal errors that may influence the outcome of the arbitrators’ decision.

Features of the new Appellate Rules

The application of the Appellate Rules is optional, as the name suggests, and must be invoked by agreement by the parties (either in their contract or by written stipulation). Parties should therefore carefully review any arbitration provisions in their contracts to determine whether they contain an agreement to permit appeal of any award.

Within one week of the finalization of the tribunal, the parties, the case manager and the tribunal must schedule a preliminary conference “to review and formalize the briefing schedule, set a deadline for the submission of the record on appeal and address any other procedural issues consistent with these rules and the objectives for an expedited, cost effective and just appellate process” (Appellate Rule A-7(a)). Oral argument is only permitted upon agreement of the parties or if the tribunal deems it necessary – otherwise, the Appellate Rules provide that “all appeals will be determined upon the written documents submitted by the parties” (Rule A-15).

The Appellate process is quick, with the entire appeal, from the Notice of Appeal to the issuance of a decision, designed to be completed with approximately three months. Under Appellate Rule A-19(a), within 30 days of service of the last written submission, the tribunal shall either “(1) adopt the underlying award as its own, or (2) substitute its own award for the underlying award (incorporating those aspects of the underlying award that are not vacated or modified), or (3) request additional information and notify the parties of the tribunal’s exercise of an option to extend the time to render a decision, not to exceed 30 days.” Once the appellate tribunal renders its decision, that decision becomes the final award for purposes of judicial enforcement proceedings (Appellate Rule A-20).

To agree or not to agree?

The question, then, is whether there are any real benefits or drawbacks to agreeing to be bound by the new Appellate Rules. While there are certain benefits to appellate review of arbitration awards, particularly for parties who want to enjoy the benefits of arbitration but who also want appellate oversight of any final award, it is questionable at this point whether there is any greater likelihood of prevailing on appeal of an arbitration award. Given the relatively low odds of prevailing on an appeal from a trial court, this is certainly a factor to consider, particularly at this early stage of implementation of the Appellate Rules where there is not yet any guidance available to assist with this assessment.

One certainty is that an appeal will result in increased costs and extended time to resolve a dispute. The AAA itself acknowledged in its press release that accompanied the Appellate Rules, that the rules are geared toward “large” and “complex” cases, in which an option for appellate review might be more attractive to the parties.

Given these considerations, construction professionals should carefully assess their strategic goals and objectives when determining whether to agree to be bound by the Appellate Rules.