How A Contract Clause Can Change Your Damage Recovery Or Liability 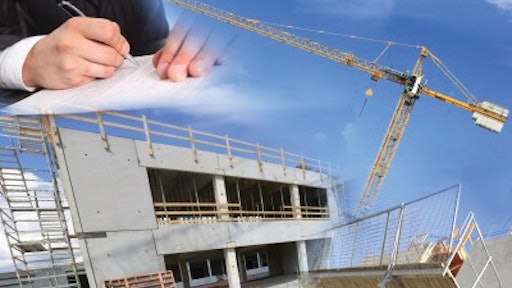 Many contract forms prepared by industry trade groups may change a party's entitlement to its recovery.

When a party on a construction project goes to enforce its rights, it is largely relying upon the law of the state in which the project is located (or Federal government contracting law) and the terms of the written contract. Because contract forms in the construction industry have been in use for so long, many people take for granted or don’t know how contract forms change the risk allocation in the construction project. One such clause is the waiver of consequential damages.

Each state's law is developed by decisions issued by each state's court system on particular issues. If a party to a contract breaks the terms - legally the phrase is a "breach" of contract - the party breaching the contract is liable for any damages that the other party suffers. Those damages can fall into several categories. The most likely are the direct damages.

Another form of damages are indirect or consequential damages, which are those costs that a party may incur because of a breach that are not, strictly speaking, arising out of the contract. A home office overhead allocation, for example, may be an indirect damage. Losses incurred on other projects because of a breach are another example. Increased costs of operation of a facility may be indirect damages.

Sometimes, actions of a breaching party may amount to a claim for fraud. In that event, a party may recover exemplary or punitive damages. Those damages are determined in an amount designed to deter the offender from committing such actions in the future. They are not based upon a calculation of costs or lost profits but an amount determined by the "impartial conscience of an enlightened jury." Most states require that exemplary damages be limited to a multiple of the actual damages recovered. In Georgia, for example, the multiple in most cases reviewed on appeal will be approved in the 5 to 10 range.

All of these damages may be recoverable in a case of a breach of contract. However, many contract forms prepared by industry trade groups may change a party's entitlement to its recovery. Further, most contract forms developed by owners and contractors seek to change that party's liability for those damages. Enter the waiver of consequential damages.

A waiver is a clause in a contract by which one party gives up its right to claim certain rights. With respect to consequential damages, a party may want to limit both the types of damages and the amount for which it may be liable in the event of a breach. It is not unusual, therefore, for the party with the superior negotiating strength to require a clause to be inserted in the contract that both limits the types of damages for which it may be responsible and possibly limit the amount of those damages even if recoverable. For example, a clause may limit a party from recovering indirect, consequential and punitive damages.

An example of a consequential damages waiver follows:

Notwithstanding the foregoing indemnity, Seller and buyer waive claims against each other for incidental, punitive, exemplary, special or consequential damages arising out of or relating to this Purchase Order, including without limitation curtailment of plant operations or lost profits.

Another way that a party may limit its risk of loss in the event of a breach is to have a cap on the amount of damages the breaching party may have to pay. The form of the cap may be a percentage, such as a cap of 10 percent of the contract amount. An example of such a clause follows:

Seller's aggregate liability to Buyer under this Purchase Order for any claim of any kind, including but not limited to liquidated damages, shall not exceed the Purchase Price; provided, that such limit shall not apply to, and no credit shall be issued against the total liability limitation for liabilities arising out of Seller's indemnification obligations to the extent such indemnification obligations are covered by Seller's insurance policies, and such limitation shall not apply in the case of fraud or willful misconduct.

Absent a clause containing such a waiver, the breaching party could potentially be responsible for all types of damages in an unlimited amount. It would be highly possible for damages on a construction project to exceed the value of the contract. By inserting the clause, the parties negotiate away rights they would otherwise have under their state's common law.

Note also, that these waivers can be mutual or unilateral. If the parties have equal negotiating or bargaining strength, they may insert a clause by which each party waives the recovery of consequential damages from the other party. In other words, neither party will recover indirect or consequential damages in the event of a breach of contract by the other.

Many people may be confused by the fact that a listing of damages that a party may recover is not contained in a contract. Many contract forms do list all of the different types of damages for which a party may be responsible. Unless it is a type of damage that is not already permitted by a state's common law, putting that listing in the contract is not, strictly speaking, necessary. However, lawyers usually write these subcontract forms, and they sometimes go overboard from what is legally necessary.

The net result is that both parties should be aware of the types of damages for which they may be liable in a contract and understand both the potential liability they accept and the rights they give up by a waiver of consequential damages.

Nicholas S. Papleacos is a shareholder with Chamberlain Hrdlicka. Nick has more than 28 years of experience in construction law and litigation as well as significant experience in employment law and the law of eminent domain.