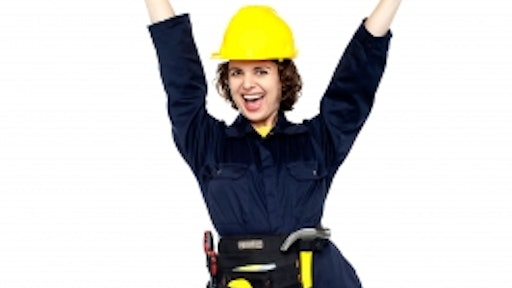 If you don’t feel amped how do you realistically believe that your employees will feel it?

Short of increasing the amount of energy drinks or hiring a motivational speaker to open up each new day of work, getting our employees excited for work continues to be a never-ending process for many contractors. Getting our workers “amped” is more than just yelling, screaming or conducting some motivational pep rally, but it does include some energy exertion by owners and leaders.

If your workers don’t feel some kind of electricity from their leaders there is little incentive for the employees to extend themselves, much less get psyched up for another work year.

Come on, if you don’t feel it how do you realistically believe that your employees will feel it? We’re in the greatest industry in the world. Just consider the following experiences for many owners:

Think about this: construction provides us the perfect opportunity that allows us to work with our hands, think with out brains, get some level of satisfaction from seeing some level of work accomplished each day, make the day for others (customers) and make a living that is better than about 70 percent to 90 percent of the other folks in this country.

Love what you do; love your business; love those who are helping you fulfill some of your dreams; love the fact that you are assisting others to make a great living. Mercy, if this sort of realization doesn’t get you “amped” then I don’t know what it will take.

There is something traditionally significant about baseball’s “Spring Training” that gets even the non-baseball fan excited about each new year. It means that we we’re actually close to saying goodbye to snow and ice and “hello warmer weather.” I remember attending a few Spring Training games in Arizona a few years ago. It was a blast. Boy, sitting out on the grass in the outfield, relaxed, actually talking a little with the players who were also relaxed and enjoying the great “tune-up weather.”

To conduct your own Spring Training means to bring your workers in a few days or week before the new season starts. Conduct “basic” training on skill development, technical handling of equipment, how to complete your documentation, etc. Even if you’re a year around contractor, call a one to three day “time out” and revisit all of the skills and techniques that are important to your company’s success.

Think about this fact: professional athletes go through a three to four week “basic retraining” before each new season. Shouldn’t we be just as focused on sharpening our own employees’ skills, no matter what their experience level is?

But the biggest motivational benefit about Spring Training is that it gives workers the chance to begin to anticipate the new season. Such anticipation is fed by the leaders speaking about goals and expectations for the season. This helps to focus the workers on their own participation and contribution, raising their personal level of accountability and motivation.

Have a formal new season “kick-off

“Organize and hold a Kick-Off Barbeque or fish fry to signal the beginning of a new season. Doing this each new season begins to position this as an annual event that workers begin to look forward to. It signals a new year, a fresh start, new employees, new opportunities, etc., and such “new” beginnings often excite new workers and reassures the veterans that all old mistakes are behind us. The “season” begins the new year with a “Win – Loss” record of “0-0.” Even if the past year was a championship year in revenue, profitability and bonuses distributed to the employees, this is a new year and we start the new season all over again. This can also be effective mid-season to revitalize and re-energize your workers for the second half of the year.

It’s important to set yearly goals for the company, the crews and the employees. But on top of this effort, try setting one or two “Big Hairy Audacious Goals (BHAG).” Wished this name was my creation, but it’s not. Years ago the term began to be used by companies to describe the goal that defined something so “far out there” that just striving to achieve it sent excitement, or outright fear, in the hearts and mind of workers. A BHAG might be reaching some higher than ever reached sales goal, no safety incidents, “zero defects” in performance, or some incredibly high bonus paid to workers for record sales or profitability.

A recent seminar that I attended pointed out a statistic that I found interesting: for employers who really engaged their employees in their business, productivity improved 18 percent to 25 percent over previous results. All of this when leaders asked workers to contribute to new improvement ideas, provide greater clarity or insights on current problems, and take more ownership for problem solving with the senior leader’s support.

There is no doubt that in most of the companies I’ve personally consulted with that those who had the healthiest work culture more often engaged their workers on setting goals, milestones, lead more meetings, solve more problems, etc. independent of micromanaging tactics of senior leaders. This doesn’t mean that a contractor just give employees carte blanche but allow workers a chance to really positively impact their own work and the performance of the company at large.

Break out the new hats & shirts

Not much creativity for this tip, but there is still some great energy created when the contractor comes into a meeting on the first day of work or during the Spring Training re-education sessions with new company logo’d hats, shirts, jackets, gloves, etc. Most construction workers love getting company shirts and hats. Even your office workers enjoy getting a new golf shirt each year.

You want your workers to wear your name during work and on their free time. Heck, I know contractors who will even provide T-Shirts for workers’ family members, especially kids. Think about all of the free advertising you get from such an effort.

Remodeling a home, giving a yard a much needed new flower garden, or passing out stuffed backpacks for under-privileged children are all the sort of events that can be done by your entire company. Efforts like this can bring your workers together, have them focusing on something other than themselves and seeing the value of giving back to those who can’t repay them or you.

The cool thing about kicking off the new year (or reinvigorating your crews mid-season) with a community-focused event is that you can take a picture. Heck, without milking the press, you might even get the local media to do an article on your company’s efforts. Let the press interview your workers and take pictures of your workers in action. Again, don’t “milk it” but use such a time as a teambuilding event. You definitely get the chance to see folks in a different environment, and they get to know other workers at a more personal level.

While most contractors are not charismatic public speakers their workers need to hear from them about their dreams and expectations for the company. All workers are interested in what their owners think and expect. As the owner, share the following:

This last tip is more vital to the “amping” of your workers than you know. When workers hear and sense that their most senior leader is sincere, focused and excited about the new year or the second half of the season that gives them greater freedom to feel the same way.

Getting your employees amped about work, whether in Spring Training or mid-season, can be a great tradition to install and continue each year. Even for the yearly contractor, taking a time out once a year is a great time to refresh tired minds and bodies. Keep a few of the following final thoughts in mind:

Have some fun with “new beginnings.” To think that you are beginning yet another new year in business is quite a feat anyway…so celebrate living another year! Invite a motivational speaker if you want, but for my money the greatest return is for you to do something that is memorable and representative of the sort of leader and company that you wish to be known for with employees, customers and the community.

Interested in adding additional services to your company? Check out these tips to help establish a business plan.
Brad Humphrey
Dec 15th, 2020

The SC&R Foundation selected eight winners for the October Vocational and Technical Scholarship in its commitment to workforce development.
Dec 11th, 2020

In the rental industry post-COVID, there have been more requests for rental purchase options and outright equipment purchases. However, companies need to be prepared for a different set of legal landmines and liabilities.
Brian McQuinn
James Waite
Nov 25th, 2020

BYF, an initiative to recruit the next generation of craft professionals, presents the recipients of the Careers in Construction Month scholarships and I BUILT THIS! contest winners.
NCCER
Nov 20th, 2020

Training may look a little different this year, but it's still important to engage your crew to ensure the long term success of your construction business.
Jessica Lombardo
Oct 1st, 2020

With some training courses for the asphalt industry cancelled or going virtual over the next year, this guide offers a list of opportunities for contractors to continue learning, despite the pandemic
Jessica Lombardo
Sep 30th, 2020

When it comes to marketing polished or stained decorative concrete floors contractors should focus on promoting the benefits as well as the aesthetics.
Kimberly Hegeman
Jul 1st, 2010

Familiarize yourself with the buy-out process many project managers go through and use these steps to make you the most desirable subcontractor for a job
Ron Roberts
Aug 31st, 2020

Your unique value proposition makes you stand out from the crowd.
Ron Roberts
Aug 21st, 2020