No matter your size of company, make the effort to close out your projects with the same energy and focus that is more often afforded to the project start up 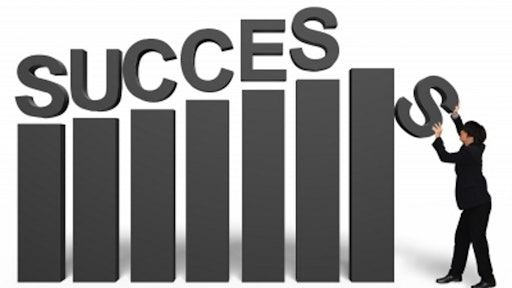 Make the effort to close out your projects with the same energy and focus that is more often afforded to the project start up.
freedigitalphotos.net

Jack is a growing electrical contractor who specializes in residential and small commercial work. His residential crews might complete five to 10 projects a week depending on the mix of size and type. His small but growing commercial division is often tied up with multi-week projects. Cash flow is critical for Jack’s company yet his weekly closeout of work seldom matches the number of jobs he has completed.

After reviewing this problem we found that his crew leaders, while excellent on the technical side, just hate the paperwork that goes along with closing out each job. By the time they get around to organizing all of the material tickets, hours of labor, equipment rental invoices etc. it might be as long as two weeks. Then, it was not uncommon for the two individuals in accounting to find certain receipts missing and have to chase down the foreman for the project in question. It might be as long as four weeks before Jack’s people send the final bill to the customer.

Working with Jack, we very quickly surmised that we had to do several things better and faster. First, we had to make the entire closeout process easier for his crew leaders to complete. Second, we had to find any way possible to begin the closing out of every project prior to the final pull-off from the jobsite. Third, we had to create an accountability system that guaranteed that the first two efforts would be completed as designed.

Closing out projects has become a real challenge for many contractors. Whether you’re a residential specialty contractor that completes several jobs a week or a larger contractor that can have projects running for weeks, months or even years, job closeout is a critical aspect for every contractor interested in getting paid.

But why do many contractors struggle with what should be a very normal and practical part of the entire work process? Several reasons come to mind:

Certainly the larger a contractor grows the effort to execute better job closeouts improves. However, I’ve witnessed some poor closeout practices by many of the larger general contractors and specialty contractors.

So, let’s take a stab at improving the closeout process for your company. Even the contractors who think they are fine might find some useful tips here to incorporate into their existing system.

1. Develop a closeout document with recorded timeline for closeout activities

The larger contractors eventually create this much-needed timeline, but smaller contractors struggle with the “what and when” of closing out a job until they create this document.  Key on this form should be highlighting the actual start date and end date for the project. The actual dates that require execution for closeout steps should be clearly stated on this document. Consider a few items found on most closeout documents:

It’s important to educate and train all employees engaged with job closeouts. Each field leader, estimator and accounting/billing employee needs to understand what is required, who is required to take what action, and when the specified action is to be completed.

2. Include closeout discussions & documentation at the job start-up

Creating the job closeout documentation and process is a creating a system. This system then should include having a clear discussion at the beginning of each new project with those individuals who will be empowered to execute the formal documentation addressed in our previous point on creating a closeout document. Including this closeout discussion as part of job start-up continues to drive the importance of the closeout process.

I can’t even begin to tell you how many times I’ve had contractors or their accounting people tell me of the number of receipts and tickets their field leaders, mostly foremen, fail to keep and often lose. In some cases, the lost tickets, receipts or recorded hours by another contractor can be found or recreated. But not being able to secure needed documents can put the hurt on a contractor trying to collect all of his or her money from a project.

4. Remind everyone that job closeout means “We Get Paid.”

The most important reason for a successfully executed job closeout is to get paid. Contractors understand this truth, but not all field leaders or even office finance folks might move with the same sense of urgency until the contractor begins to crack the whip. Tell all your people the importance of finishing strong — and emphasize that includes performing the needed project closeout processes that the company has in place.

5. Train everyone to pick up, clean up & finish up — not leaving anything to do later

This can be difficult to do at times, but this work process MUST be drilled into your field leader’s head. Construction workers, for the most part, do what they are expected to do. If it is your expectation as the owner or senior leader to “pick up, clean up and finish up” then teach it, preach it and drive it!

Now, providing resources needed to accomplish this technique is required. Whether it is making sure there is a trash bin available to haul off trash or providing some extra labor to remove unneeded equipment, scaffolding, extra materials, etc., you might need to rethink how your workers will keep their projects clean and organized along the way.

If you are going to use a document for closing out, as suggested above, then make the dates of action “bold” on both schedule and in discussions during meetings. Again, it’s important that field leaders recognize that certain dates, associated with certain activities, signal components of an effective job closeout effort. Such an effort should also be communicated to those in the accounting department so they are kept updated on project completion. Then, these same people should be making “bold” reminders on their own schedule and voiced in their own weekly meetings about upcoming efforts that will be in place based on project completion.

This individual should be one who is professional and can speak intelligently to both field and office individuals. This person is not a “cop” but a “champion” for all company employees. Why? Because he (or she) assists in making sure the company finishes projects cleanly, on time and gets the needed billings sent in so the company can get paid.  While some contractors will volunteer to fulfill this role I think it better if it is someone else who can regularly stay in touch with foremen, superintendents, project managers and billing folks.

This person should have a pretty good command of how the company works, how the company sends out billing statements, how the company pays its subs and vendors, etc. Additionally, this same individual needs to have some authority to discuss and uncover challenges in the closeout process, offering assistance to correct them and to hold responsible people “to the fire” if they are falling short in their duties. Like any other situation, those who regularly are not performing will need to be coached, counseled, etc. using the same process used for any other failure in performance. It might be this “champion” who administers any enforcement, but I would recommend that a senior leader or owner do it.

Hopefully some of the items listed here can help your company strengthen its job closeout efforts. Again, depending on the size of your company, you might already have an effective process in place. Your need might only be to get greater accountable action taken to insure that when the job approaches its completion that all of the needed closeout efforts have been executed.

If you are a smaller contractor performing many projects in the course of a week, you might need to look at grouping a number of projects together. For example, addressing the crews responsible for the multiple projects in one week might include discussing what action needs to be taken daily to ensure that all needed documentation, clean up, etc., is completed as quickly as possible to ensure getting needed billings out weekly.

No matter your size of company, make the effort to close out your projects with the same energy and focus that is more often afforded to the project start up. Remember, too, as your season progresses or as projects stretch out that normal weariness sets in and can distract from closing out projects. Getting started earlier and maintaining a closeout focus can make the final closeout efforts less stressful and more profitable.

Good luck in developing, maintaining and executing your company’s project closeouts. It’s guaranteed to put money into your pocket…sooner!

Choosing the lowest rate on equipment financing can sometimes be a mistake for small businesses. Let’s explore why.
Chris Fletcher
May 29, 2020
Follow Us