How Reconnecting with Your Employees Could Improve Worker Retention 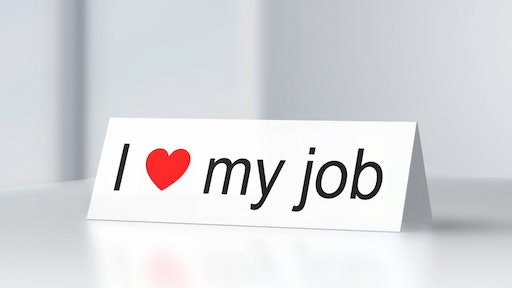 It's important for those of us in ownership and leadership to stand back and just appreciate the workers involved in the day-to-day jobsite grind.

It’s 6:00 a.m. and five guys are already teasing each other and giving each other a hard time of it. Bobby, the Crew Foreman, is busy trying to pull together the day’s paperwork. Joe, “Petey,” and Jose´ are each repositioning the tool truck to make room for a few extra hand tools they will need for the day.

In a good-natured way, the three guys are swapping stories about their favorite football teams from the previous day’s games. Talking “smack” about each other’s favorite team, the three guys all got in a few good licks. Herman, the only guy not talking, is busy checking the trucks and equipment’s “vital signs,” topping off oil, grease and water levels.

By 6:20 the crew, with Bobby in the lead truck, are on their way out of the gate, 10 minutes ahead of their 6:30 a.m. goal for departure. Watching them drive away I smiled thinking that this is what construction is all about. The early morning camaraderie among workers, while getting the work done, is what makes construction the greatest industry in the world.

Following up later in the day with this same crew, I observed the same ease of talking with each other, but I also clearly recognized the focus and pride that each of the five workers displayed in completing another quality project. Being there for the last few hours of their workday, I began to see how, as each worker brought his efforts to a close, he automatically began to assist others. As the project came to a close, each of the five workers systematically picked up the tools, replacing them in their rightful place.

The final effort after loading the equipment onto the trailers and ensuring it was safely tied down, involved all five workers walking about the jobsite, picking up trash and any debris that had landed on their site, looking for anything that they might have accidentally missed earlier, leaving the site cleaner than it had been before they arrived and certainly cleaner than was required.

What I had observed with this particular construction crew is repeated thousands of times a day. This crew went through the same motions, exchanging the same good natured teasing, focusing with the same intensity that any specialty trade crew, any project team, or any department of employees in any construction company goes through every work day of the year. I’m so proud to be in this industry…you just gotta love ‘em.

It's about reconnecting not just retaining

In this current environment where we are “employee challenged,” most contractors are realizing that the people they have working for them today might not necessarily be there tomorrow. While an owner would like to believe that all of his employees are loyal and would never leave, the fact is a growing number of contractors need little encouragement to pursue “pirating away” other contractor’s workers for a few dollars more an hour.

More than just discussing strategies to keep your workers (I’ve already addressed this topic in several articles) I want to refresh your perspective to reconnect with your workers, taking a second, third and even fourth look again at the primary reasons that your company is still in business.

Consider that many of our hourly workers are responsible wage earners, just looking to find a way to raise their kids, maybe buy a new fishing rod and reel occasionally, take their spouse out for dinner on a Friday night, and take their family on a little vacation. Oh, and don’t forget, most of these same workers dream of assisting their kids to attend college or to some post-high school institution. Most of our people comply with what we ask them to do; they don’t always like it…but they do it anyway! You just gotta love ‘em.

The sense of humor of some of our workers is stuff you can’t script. What they sometimes view as funny wouldn’t make for material for a standup comedian, but captured in the right context it can bring you to your knees laughing. Come on, having one of your guys get stuck in the jobsite “Porta-Potty” can bring the entire crew to their knees laughing. “Crapper Bob” will live with this nickname for the remainder of his career.

As funny as some of our workers can be we also are blessed to have many employees who are, well in a word, brilliant. I don’t mean brilliant in a “book sense” but more along the lines of that natural smarts that allows them to solve some for the most complex issues of the day. Like the proverbial “farm kid” who had a super-natural strength from baling hay, milking cows or branding calves, so too do we often experience some super-human brain-power from a few workers to solve a jobsite challenge.

I’m not talking about the genius involved with finding new ways to use duct tape or banding wire. I’m talking about real genius stuff — like the foreman who, challenged with how to get around an unsafe area in the ground, actually developed a better, and safer, approach that even the Master-degreed site engineer had not seen. Or the young apprentice electrician who, without having a degree or even having finished his apprenticeship servitude, made the exact and correct calculation for the needed load on the wiring for a college dormitory project. This, while the project’s senior electrical engineer was out but who later confirmed, the young electrician “wanna-be” was 100% correct. You just gotta love ‘em.

Another observation I made on my recent refreshment experience was the ease at which the crew guys made me — an outsider — feel welcome. Oh sure, they knew I was there to offer strategies and ideas to improve their production, but they teased me and joked with me, allowing me to enter into their field “sanctuary” where once they began work it was all business.

Workers are people, too

As owners, leaders and even this ol’ consultant know, it is easy to forget that for many construction workers, their crew mates represent just about the closest thing to a family or some close-knit fraternity that they have ever known.  It is within this construction “priesthood” that workers share their joys, hurts, pains and hopes. Within this environment they provide and receive counseling, from fellow “priests,” on how to deal with a rebellious son or how to adapt to the new wife’s children or how to handle the recent discovery of bone cancer in a spouse.

With all the pressures to find great workers, and to retain them, it is still the construction workers who you now employ that will have the most influence with new workers. Whether the new worker stays or leaves after two days is almost always dependent on the way in which your current workers treat them.

While we can survive if we have a few workers who will degrade or do their best to exclude the new employee, more workers will reach out to the new hire. Most of your workers will reach out to check out this new worker, subconsciously sizing him or her up to see if he has the “right stuff” to work for your company. More times than not it is your current workers who can sniff out an imposter or confirm the hired “thoroughbred.”

And finally, perhaps one of the best things I like about construction workers is how so many of them will sacrifice their own personal time to help someone else. Listening in on a conversation between two of the crew workers, one of the workers thanked the other worker for having spent all day Saturday helping him finish painting his basement the past weekend. You just gotta love ‘em!

Hey, I realize that a few of our workers can be a royal pain in the you know what sometimes, but how many more workers are really productive and actually pretty fun to hang out with during the day? Yes, we need to set our expectations and goals consistently and yes, we need to ensure that we’re getting the right work completed the right way the first time. But past that, isn’t it just as important for those of us in ownership and leadership to stand back and just appreciate the workers who are dealing with the consequences of government compliance mandates, extreme weather conditions, over-zealous inspectors, and not always great running equipment?

Do yourself a favor. Try spending some extra time with your workers over the next few weeks. Just hang! Don’t try to dominate the conversation, just let the conversations develop and let them come to you. Reflect on your workers’ sense of humor, their humanity at times when few others will extend the same, and their efforts to present a positive image of your company…when you’re not around.

More than just observing, try telling your workers just how much you appreciate them and their contribution. Sure, hold them accountable, but add a bit of recognition and appreciation for the individuals working for you. God knows we’re having a hard time finding…and keeping good workers.