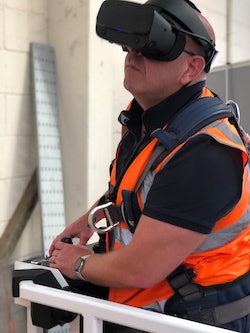 “This is a huge milestone; not only from a MEWP industry perspective, but from a virtual technology perspective as well,” said Jim Colvin, CEO, Serious Labs. “We are the first and only company in the world to offer this level of accepted, approved training in which a virtual simulation can replace a physical piece of equipment. In this case, it’s a boom lift and scissor lift.”

IPAF’s PAL+ operator training was developed in response to increasing demand from contractors in the UK for a recognized qualification demonstrating advanced operator proficiency and signifying a certain level of experience in using different types of MEWPs in a variety of challenging environments and scenarios.

For over a year, IPAF conducted a series of “controlled trials” with dozens of its training members in Europe and the US to deliver PAL+ training that tested candidates using Serious Labs’ VR MEWP simulators instead of real machines. Trials were completed over 18 months by training centers within the UK. The extensive trials and testing concluded that the training outcome was the same, whether the operator was tested on the VR simulator or tested on a physical MEWP.

“You've been able to use simulators as an additional part of the training course up until now, but you've never been able to physically take, and complete, the course on a simulator,” said Darren Verschuren, International Account Director, Serious Labs. “With the data we received from the IPAF trials, we can in essence prove that you're going to get the same result if you're on the simulator as if you're doing the course in real life.” 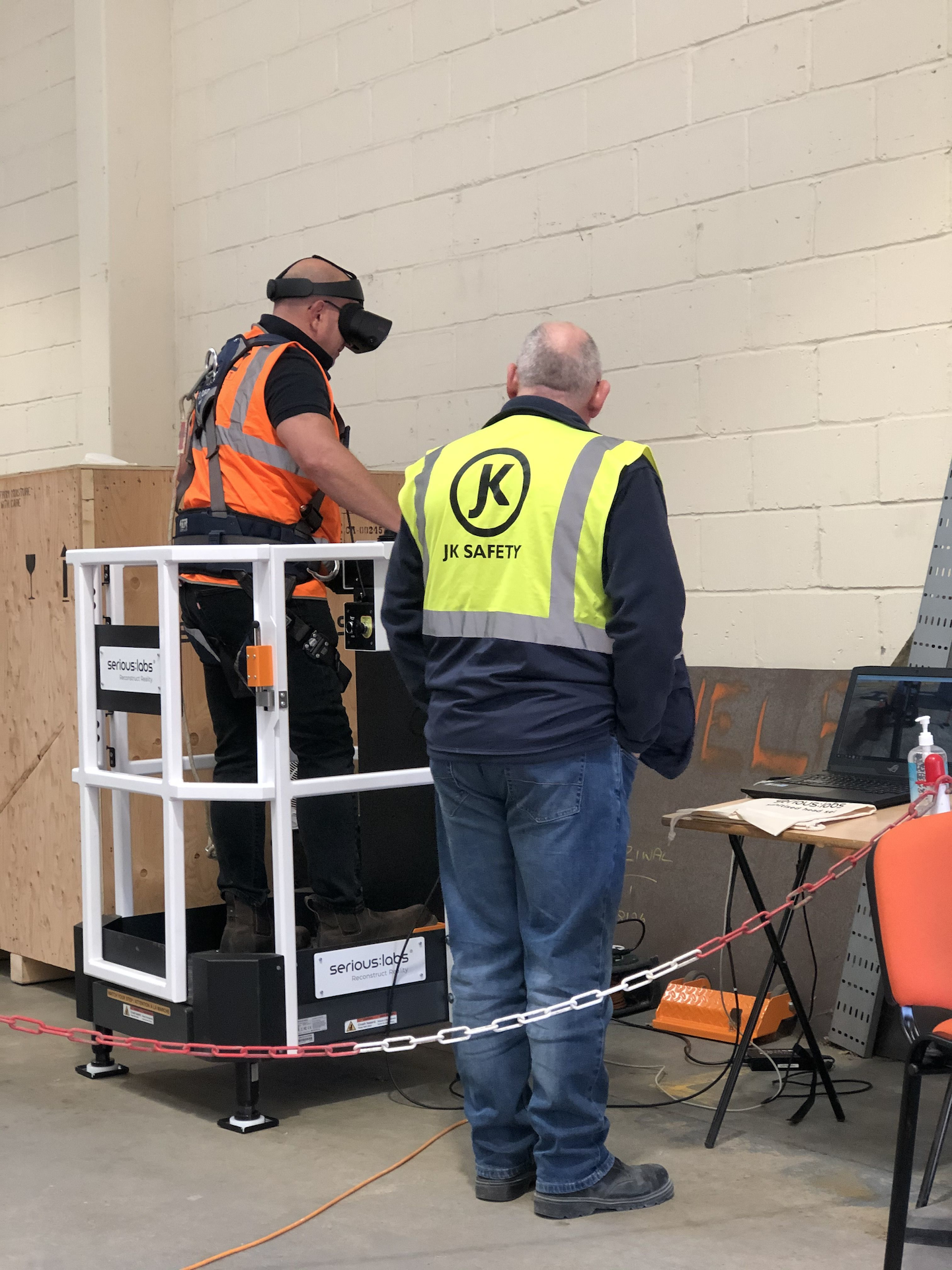 According to the IPAF website, the PAL+ course is aimed at trained operators who work in higher risk or challenging environments, e.g. steelwork, work in confined overhead spaces, or work on challenging terrain. PAL+ training is open to operators who hold an existing PAL Card qualification in the relevant category.

Previously, the PAL+ course was conducted at training centers with difficulty due to the complexity of the course. Complications ranged from the size of the space needed, weather conditions, and time needed to conduct the course.

“It is generally difficult for a training center to offer the PAL+ course. It’s expensive, time consuming, hard to put together, and usually not very representative of the spaces you're trying to put the machinery into, like typical spaces on construction sites, oil refineries or other locations,” said Verschuren. “The simulated world is a great place to do that, because you can create an environment that more closely matches reality, that doesn't require any physical preparation by a training center, and which doesn't have any effect to the operator from a safety perspective.”

“Now, not only has the training been simulated negating all of those issues, but it’s also mobile, so you can take the training to client sites. It truly becomes a trainer’s tool for efficiency, safety and proficiency,” said Verschuren.

The virtual training also provides the ability to stagger training and allow control of the environment’s sanitary conditions, a necessity during the current coronavirus pandemic.

“This has been a long journey, but to finally be recognized and accredited by such a well-respected, international organization as IPAF shows that VR operator training’s day has finally arrived,” said Colvin. “Other industries such as aviation have used simulated training for safety purposes for decades. It only makes sense to use it in an industry such as access where operators are put into life-risking situations constantly. Bottom line: simulated training is better, faster, and ultimately, produces a safer, more competent operator.”

IPAF has over 1,400 members in 70 countries and regions worldwide. More than 800,000 valid PAL cards are in circulation and 150,000 PAL Cards are issued each year through IPAF-approved training centers around the world. Completion of the course renews a PAL Card holder’s license for another five years. IPAF’s PAL Cards are recognized globally as proof of the highest standard in Mobile Elevating Work Platform (MEWP) operator training.

Serious Labs UK will be offering daily and short-term simulator rentals, making the simulator accessible to all training centers, and not just the largest few. The Serious Labs UK team will be touring UK training centers in October and early November to offer a demonstration of the simulator and the benefits. To book a demonstration, please contact Darren Verschuren at darrenv@seriouslabs.com.

The AED Foundation’s Pipeline for Success model demonstrates the steady increase in technicians that will enter the industry in the next few years, with the goal to reach 10,000 technicians by 2024.
AED Foundation
August 26, 2020

ABC’s Greg Sizemore digs into the opportunities the construction industry has to rebuild its workforce during and because of the pandemic environment.
Associated Builders and Contractors Inc. (ABC)
August 13, 2020

The Foundation has adapted to continue to fit the needs of students and schools across the US to help students graduate from AEDF's recognized high school programs.
Associated Equipment Distributors
July 15, 2020
Labor & Workforce Development

It's an online job board for the construction industry that allows employers to post their open jobs for free, and for job seekers to upload a resume and search for job opportunities within the industry.
Procore Technologies, Inc.
July 10, 2020
Follow Us