US construction put in place fell short of expectations with a 0.4% rise in May, while April’s gain was revised down by half to 0.9%. But spending outlays are up 4.3% year-to-date. 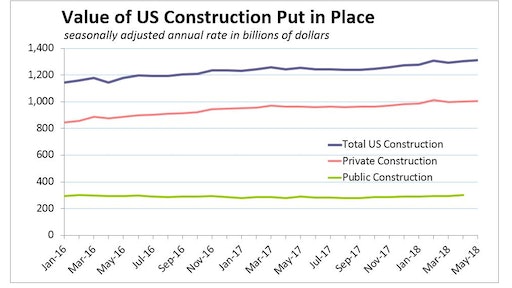 The total value of U.S. construction put in place fell short of expectations with a 0.4% increase in May, while April’s originally estimated 1.8% gain was revised down to 0.9%. Public expenditures grew 0.7%, while private spending increased 0.3%. 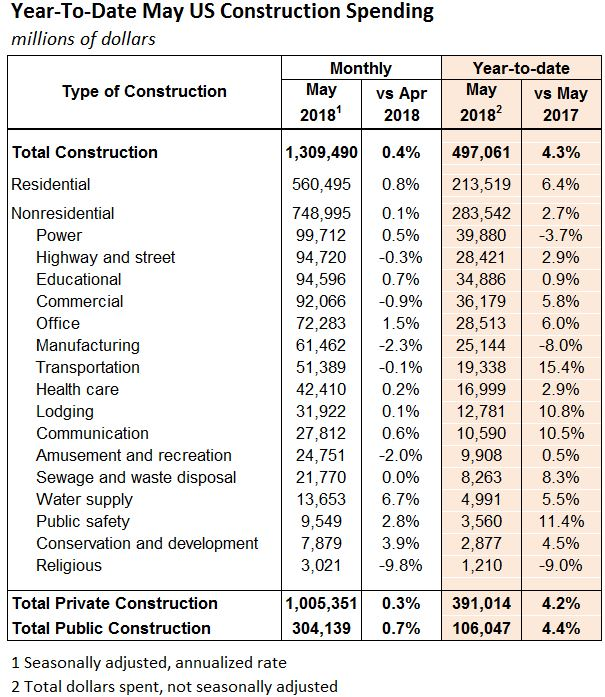 “The downward revision to April data could see economists cut further their second-quarter gross domestic product estimates,” CNBC said in its analysis of the monthly Commerce Department construction-put-in-place data. “Growth forecasts for the April-June period were slashed on Friday after the government reported weaker-than-expected consumer spending in May.”

Nevertheless, spending appears on solid footing and is up 4.3% year-to-date through May.

Residential spending increased 0.8% and accounted for much of the gain in May. Multifamily expenditures grew 1.6%, while single family increased 0.6%. After recent volatility, spending on improvements rose 0.4%.

Nonresidential outlays increased 0.1% in May; however, the gain was owed entirely to public spending, which grew 0.7%. 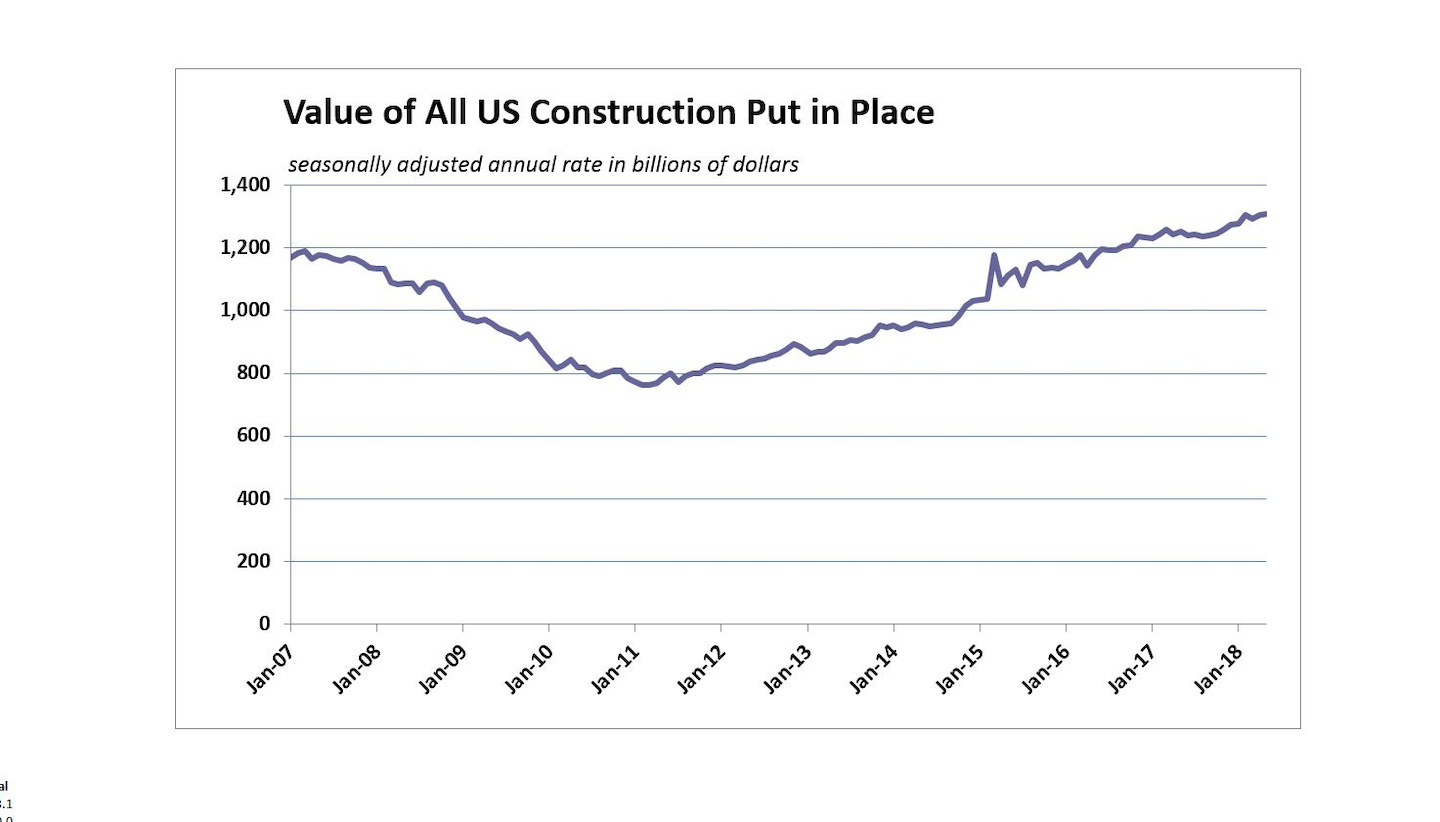