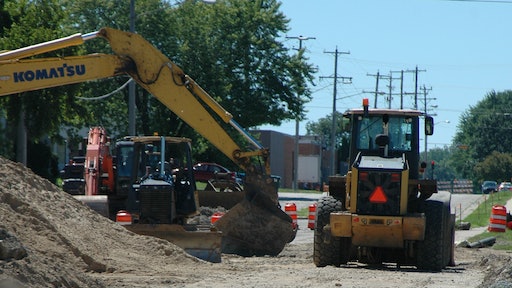 In order to better understand the degree of impact and biggest concerns that the construction industry has about the COVID-19 crisis, Dodge Data & Analytics conducted a survey of 172 contractors across the U.S. from March 19 to March 31. The results of that study, published in the Keeping Business Going in a Time of Crisis: Findings from the Dodge Contractor Panel Study on Contractors’ State of Business During the COVID-19 Outbreak white paper, reveals that most contractors are feeling at least some impact from the crisis, with the worst impact expected to be felt within the next three months.

Two-thirds (67%) of the contractors surveyed reported that they are currently experiencing project delays due to COVID 19. Those delays are not just due to government-mandated closures of project sites, but to a variety of reasons, including:

On the other hand, about one-third (34%) of the industry reported little to no impact on their business at the time the survey was conducted. However, in the next three months, only 13% expect to remain unscathed, and almost half (48%) anticipate high/very high impacts on their businesses due to the impact of the outbreak.

As far as the impacts on their projects go, the industry is split down the middle, with about half expecting jobsites to be closed for an extended period of time. Smaller companies are most likely to believe this will be the case. Among those who do expect extended shut-downs, 51% believe that their companies face serious concerns about the viability of their business if the shutdowns go as long as three months, and about one-in-five (18%) will have difficulty surviving one month. Combined together, nearly one third (32%) of the total respondents believe their businesses are at risk if the shutdowns extend for up to three months.