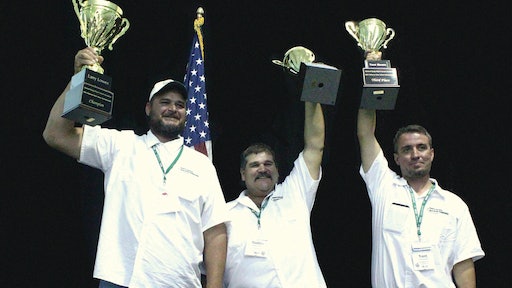 Now in its sixth year, this year’s national contest “was the closest competition to date,” according to NRMCA Senior Vice President of Operations and Compliance Gary Mullings. Twenty-four drivers, which included state rodeo champions as well as NRMCA member company champions from around the nation, competed to be the “Best of the Best”. The champion was selected based on a cumulative score derived from competitions that included a driving challenge course, visual vehicle inspection, reaction-time test and 2-hour written examination. Awards were presented for the top three finishers, with all other drivers tied for fourth. Click here to view a video of this year's event.

PCI will present a continuing education webinar for CEU credits on the upcoming changes to its Architectural Certification program during the virtual event.
Precast/Presstressed Concrete Institute (PCI)
September 21, 2020