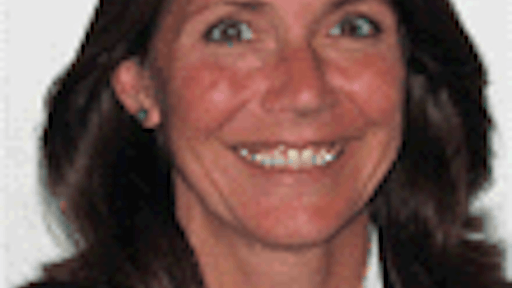 The ACI Foundation, a wholly-owned and non-profit subsidiary of the American Concrete Institute (ACI) that receives, administers, and expends funds for educational, research, and scientific purposes,  announces leadership changes for its Board, the Strategic Development Council (SDC), and the  Concrete Research Council (CRC).

The new ACI Foundation Chair is Debrethann R. Orsak, FACI, Principal and Vice President of Cagley & Associates, Inc., Rockville, Md. Orsak is a Principal of Cagley & Associates, Inc., Rockville, Md., where she plays a vital role in the operations of the firm and is the main principal responsible for business development for the firm, as well as remaining active in project management. Previously, she worked as a Field Engineer for Miller & Long Co., a major concrete contractor in the Washington D.C. area. Orsak has experience in all phases of structural engineering, including structural systems study, design, structure investigation, and construction observation.

An ACI Fellow, she currently serves as Chair of the Scholarship Council, (a council of the ACI Foundation), and as a member of ACI Committee 435 — Deflection of Concrete Building Structures (past Chairman and Secretary); E702 — Designing Concrete Structures; S801 — Student Activities; the Financial Advisory Committee (FAC); and the local Convention Committee for ACI’s Fall Convention 2014 (Advisor).  She is a past president of ACI’s National Capital Chapter, and a past member of ACI’s Board of Direction, the Convention Committee, the Fellows Nominating Committee, the Membership Committee, and the Committee on Awards for Papers Subcommittee III — ACI Structural Research Award.  In addition, she served as Chairman of the Task Group for Centennial Activities. She is also a member of the American Society of Civil Engineers (ASCE), the Concrete Reinforcing Steel Institute (CRSI), the American Council of Engineering Companies of Metropolitan Washington (ACEC/MW), the National Council of Structural Engineers Association, and the Washington Building Congress (WBC). Orsak received a BS in civil engineering from West Virginia University in 1986 and a Master of Engineering in structural engineering from Cornell University, Ithaca, N.Y., in 1990. She is a registered engineer in the State of Maryland.

The new Strategic Development Council Chair is Joseph C. Sanders, FACI, recently retired Senior Vice-President of Operations for Charles Pankow Builders, Ltd. He currently consults for concrete and construction projects. He succeeds Michael Schneider as SDC Chair. Sanders began his construction career with Pankow as an engineer and then superintendent, and had the opportunity to work on and direct the construction of many concrete buildings on the West-Coast and in Hawaii.

An ACI Fellow, he is Chair of the SDC’s Technology Management Committee, and a member of the Technology Transfer Advisory Group. Sanders is also a member of ACI Committees 131 — Building Information Modeling of Concrete Structures; 132 — Responsibility in Concrete Construction; Joint ACI-ASCE Committee 550 — Precast Concrete Structures; and the Construction Liaison Committee. He previously served on the ACI Board of Direction and also several Board Committees. He is also a member of the American Society of Civil Engineers. His ACI interests are in the areas of concrete research and new technologies. Sanders received his BS in civil engineering from Purdue University, West Lafayette, IN, in 1979.

The new Concrete Research Council Chair is Joseph M. Bracci, FACI, the A.P. and Florence Wiley Professor II in the Zachry Department of Civil Engineering at Texas A&M University and a registered Professional Engineer in the State of Texas.  He succeeds Joseph Sanders as CRC Chair. Bracci received his B.S., M.S., and Ph.D. degrees in Civil Engineering from the State University of New York at Buffalo in 1987, 1989, and 1992, respectively.  During his PhD, he was employed as a lecturer to teach various undergraduate classes, as well to perform research.  In 1993, he worked as a structural engineer at EQE International in San Francisco on the seismic soil-structure interaction response of nuclear facilities.  Since September of 1993, he has worked at Texas A&M University starting as an Assistant Professor, received tenure in September of 1999, and promoted to Professor in September of 2005.

His research experience has dealt with the behavior, adequacy, preservation, and sustainability of building and bridge infrastructure that are exposed to a variety of slow-forming degrading material mechanisms and also to rapid-forming hazardous environmental loading. He is a Fellow of the American Concrete Institute. He was the recipient of the Williams Brother Construction Company Faculty Fellow Award in 2009-10, the Zachry Award for Excellence in Teaching in 2002, and the ASCE Collingwood Prize for a journal publication on sill plate splitting during earthquakes. His research portfolio includes over $3.6 million of research funding from national, state, and private sponsors, 23 journal publications, 6 books or authoritative references, and many other publications.

To learn more about the ACI Foundation and its councils, visit www.ACIFoundation.org