The International Grooving & Grinding Association (IGGA) has announced the election of new board members for 2015. 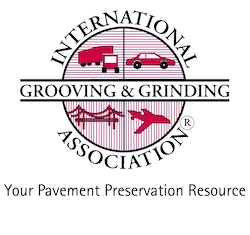 The International Grooving & Grinding Association (IGGA) – a non-profit organization dedicated to serving as the leading technical and promotional resource for acceptance of diamond grinding and grooving as well as pavement preservation and restoration – has announced the election of new board members for 2015.

The officers for 2015 are as follows:

Kraemer has worked in the concrete repair industry since 1982 and founded Diamond Surface, Inc. in 1989. The company specializes in the repair of concrete pavements, including full and partial depth repairs, dowel bar retrofit, joint resealing and diamond grinding. Diamond Surface is also a leading installer of rumble strips both in concrete and asphalt, as well as one of the only contractors that designs and builds its own grinding, dowel bar retrofit and rumble stripping equipment. Kraemer has served four terms on the Minnesota Concrete Paving Association board of directors, nine terms on the IGGA board of directors including three terms as President, and three terms on the American Concrete Pavement Association (ACPA) executive committee. He also has experience on the IGGA’s technical committee, including two years as Chairman.

Eilken has been in the concrete drilling, sawing, sealing, grinding and grooving industry since 1977. Since 1990, he has owned and operated Quality Saw and Seal, Inc. He is currently involved in the Illinois State Chapter of the ACPA, the National ACPA and the IGGA, as well as the Illinois Road Builders Association. Further, he co-chairs the Seal/No Seal Group and is an active member of Transportation Research Board (TRB) committees.

Voigt is the President and Chief Executive Officer of the ACPA. He has been with the association for 25 years and was appointed President in 2005. For many years, he was the Association’s Director of Technical Services. Under his leadership, the concrete pavement industry created the National Concrete Pavement Technology Center at Iowa State University in 2005. He also led the Association through notable technology advancements, working with the IGGA to develop the Next Generation Concrete Surface Texture and creating the industry’s first webinars and “Web apps” (Web-based paving technology applications and training).

Seovic has worked with his Sydney-based family business in the slip form concrete industry since 1991. One of the pioneers of diamond grinding in the region, the firm began grinding operations in 2009. Since then, Seovic has helped government authorities to establish diamond grinding as an accepted repair method. He has recently taken over for his father as Director of Seovic Civil Engineering Pty Ltd.

Steinberg has been in the construction industry since 1991, when he became a project manager/estimator for Penhall Company/Highway Services. In 2006, he began working for Construction Materials, Inc. in St. Louis Park, Minn. and in 2014, along with business partners, he founded Highway Materials, LLC in Becker, Minn. In addition to the fabrication of custom dowel bar assemblies, Highway Materials provides a complete line of products required to serve the concrete paving, flat work and repair industries. A member of the IGGA’s board of directors since 2012, Steinberg chaired the Association’s communications committee for two years and has also served a term on the board of directors for the Concrete Paving Association of Minn.

“I offer hearty congratulations to our newly elected Board,” says John Roberts, Executive Director of the IGGA. “I look forward to growing our industry with the help of this very capable group while making the world’s roadways and airports safer, smoother and more sustainable.”