The American Concrete Institute (ACI) introduced its 2015-2016 president, vice president, and four board members during The Concrete Convention and Exposition in Kansas City, Missouri, USA, this month. 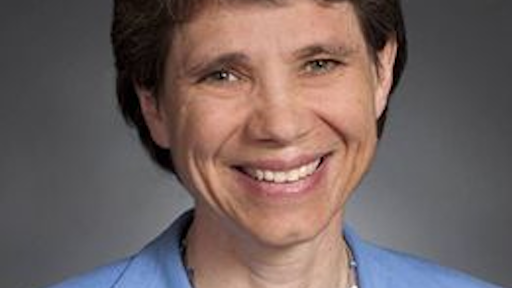 The American Concrete Institute (ACI) introduced its 2015-2016 president, vice president, and four board members during The Concrete Convention and Exposition in Kansas City, Missouri, USA, this month.

President
Sharon L. Wood, FACI, is the Dean of the Cockrell School of Engineering and holds the Cockrell Family Chair in Engineering No. 14 at The University of Texas at Austin (UT). An ACI member since 1983, she serves on ACI Committee 318, Structural Concrete Building Code. She is the past Chair of the ETC Product Development Committee and had previously served as a Trustee for the ACI Foundation and as a member of the Financial Advisory Committee and International Advisory Committee. She is currently serving in her second term on the ACI Board of Direction and has previously served as Chair of the Technical Activities Committee and the Publications Committee. She was named a Fellow of ACI in 1994.

Early in her career, Wood’s research focused on studying the seismic response of buildings. She investigated building performance after earthquakes in Chile, California, and Turkey; conducted static and dynamic tests of reinforced concrete frame and wall systems in the laboratory; and investigated soil-foundation-structure interaction in the field. More recent research has focused on design and evaluation of reinforced and pre-stressed concrete bridges and development of passive sensors to detect the onset of corrosion in concrete structures.

Wood was elected to the National Academy of Engineering in 2013. She received the Joe W. Kelly Award and the Henry L. Kennedy Award from ACI, the Alfred Nobel Award from the American Society of Civil Engineers, and the Arthur J. Boase Award from the Reinforced Concrete Research Council, and she served as the Distinguished Lecturer for the Earthquake Engineering Research Institute.

Vice President
Khaled Walid Awad, FACI, is the Chairman and Founder of ACTS, a leading material and geotechnical consulting firm based in Beirut, Lebanon. An active member of ACI, he is Chair of ACI Subcommittee 601-E, Concrete Construction Sustainability Assessor, and serves on the Task Group on Managing Translations of ACI Products and Services, Certification Programs Committee, and the International Certification Subcommittee, of which he is a past Chair. He is a member of ACI Committees 130, Sustainability of Concrete; and C630, Construction Inspector Certification; and ACI Subcommittees 130-E, Design/Specifications/Codes/Regulations; 130-F, Social Issues; and 130-G, Education/Certification. Awad is the past Chair of the Financial Advisory Committee and previously served as a member of the ACI Board of Direction and the ACI International Committee. He received the ACI Henry L. Kennedy Award and the ACI Chapter Activities Award in 2007, and the ACI Certification Award in 2011.

Recently, he founded Grenea, an investment firm advancing and providing technical assistance to eco-developments around the world. Prior to establishing Grenea, he was the founding Director of Property Development at the Masdar Initiative in Abu Dhabi, UAE. Masdar is a multifaceted initiative advancing the development, commercialization, and deployment of renewable and alternative energy technologies and solutions. He oversaw the development of emission-free Masdar City, the world’s first development aiming to become carbon-neutral.

Awad worked in the real estate and construction industry in the Arabian Gulf for more than 25 years. He was the Founder and CEO of various construction and real estate companies, dealing with the supply chain and information technology side of the industry, as well as the development of large-scale projects.

Directors
JoAnn P. Browning, FACI, was named the Dean and David and Jennifer Spencer Distinguished Chair of the University of Texas at San Antonio College of Engineering in August 2014. Previously, she served as Assistant/Associate/Full Professor from 1998-2014 and Associate Dean of Engineering from 2012-2014 at the University of Kansas (KU), Lawrence, KS. She was awarded KU’s Miller Award for Distinguished Professional Service twice (2004 and 2011) and was the 2012 recipient of the Henry E. Gould Award for Distinguished Service to Undergraduate Education. In 2015, she was named a Purdue Distinguished Woman Scholar.

Cesar A. Constantino, FACI, is Director, Business Development, for Separation Technologies LLC, a Titan America Business. His responsibilities include creation of long-term value with customers, markets, and relationships with a focus on supplementary and alternative supplementary cementitious materials. Formerly, Constantino was Vice President, Corporate Engineering, and led a team devoted to operational excellence achievement in all Titan America businesses. Prior to Titan America, Constantino consulted as a structural, materials, and concrete construction expert in the United States and Panama. While in Panama, he was appointed to various executive positions in the Ministry of Public Works and was an Adjunct Professor in the Engineering Graduate School at the Technological University of Panama, Panama City, Panama.

He publishes technical papers and articles, reviews manuscripts intended for publication in industry journals, and delivers presentations and lectures at conferences and workshops in the United States and throughout Latin America. He participates in technical committees in the areas of sustainability, resilience, and innovation with other industry associations, including American Coal Ash Association (ACAA), ASTM International, Federación Iberoamericana del Hormigón Premezclado (FIHP), Massachusetts Institute of Technology Concrete Sustainability Hub, National Ready Mixed Concrete Association (NRMCA), Portland Cement Association (PCA), and the RMC Research & Education Foundation. He is a member of the University of Miami Civil, Architectural, and Environmental Engineering Advisory Board and the Florida International University’s Civil Engineering Industry Advisory Council.

Constantino received his master’s degree in structural engineering and his PhD in construction materials from The University of Texas at Austin, Austin, TX. He is a licensed civil engineer in Panama.

Kayler is a Co-Founder of the Women in Concrete Alliance (WICA) and leads efforts to create networking programs for women in the concrete industry. In this capacity, she represented WICA on the U.S. Secretary of Transportation’s Women in Transportation Roundtable.

Kayler was recently elected to serve on the Board of Directors of the Construction Writers Association as Second Vice President. She has authored more than 2000 articles and is the co-author of Leading with Marketing, a handbook for marketing and business development professionals. She has given presentations at World of Concrete and for many organizations, including Concrete Foundations Association (CFA), Construction Specifications Institute (CSI), National Ready Mixed Concrete Association (NRMCA), National Society of Professional Engineers (NSPE), and Tilt-Up Concrete Association (TCA).

Since 2009, Kayler has served as an Adjunct Professor in the Integrated Marketing Communications Department at Columbus State Community College, Columbus, OH. She received her BA in journalism/English from The University of Arizona, Tucson, Ariz., and her MS in organization and management with an emphasis in leadership from Capella University.

Since 1979, Stark has been a Professor at the National University of Mexico (UNAM), Mexico City, Mexico, and was Head of the Graduate Department of Structural Engineering from 1988 to 1992. He has given seminars on different topics related to concrete and seismic design in Brazil, Colombia, Ecuador, Guatemala, Peru, and the United States. He received the Gabino Barreda Medal for the highest Academic Achievement in 1981.

Stark served as the Mexican delegate on ISO-TC 71 from 2005 to 2012. He received his BS in civil engineering from UNAM and his MS and PhD from the University of Illinois at Urbana-Champaign.

A 96-page summary of the Moving Forward Act breaks down the specific sector-by-sector infrastructure investments inside the INVEST in America Act surface transportation reauthorization bill
Jessica Lombardo
June 26, 2020
Follow Us