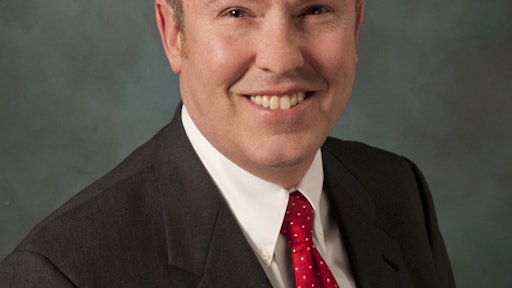 To advance its vision of a world where everyone has the knowledge needed to use concrete effectively, the American Concrete Institute has announced several key staff appointments aimed at strengthening the relationships between the Institute and its chapter members. John K. Conn has been named the Institute’s new Director of Chapter Activities, and Kanette S. Mwanjabala has been named Coordinator of Chapter Services. Conn and Mwanjabala join Cheryce N. Johnson on the ACI chapters team.

John K. Conn will set the strategic direction as it pertains to the Institute’s 101 chapters (57 domestic, 44 international), and 93 student chapters (51 domestic, 42 international). Joining the American Concrete Institute in 2004 as Manager of Certification, Conn has been responsible for ACI’s certification operations that annually certify over 30,000 individuals in 21 programs, offered in four languages, through a network of 100-plus Sponsoring Groups. Since 2009, he has also been responsible for managing ACI’s chapter activities.

Conn received his MBA in International Business in 1993 from Wayne State University, Detroit, Michigan and has an undergraduate degree in Marketing, also from Wayne State University. Conn has nearly 30 years of diverse experience in the nonprofit, automotive, and retail banking industries, with in-depth knowledge of certification administration, program development, project management, marketing communications, and training facilitation.

As ACI’s new Coordinator of Chapter Services, Kanette S. Mwanjabala will create, coordinate, and implement support programs necessary to increase the effectiveness and productivity of ACI chapters. Mwanjabala led the recent development of the ACI Marketing Toolkit, and brings experience in global outreach to the Institute. Mwanjabala holds a BS in Business Communications and Marketing from Rochester College, in Rochester, Michigan.

Cheryce N. Johnson’s title has been changed to Coordinator of Chapter Awards. Johnson will support the growth of ACI chapter awards and continue to lead the ACI Excellence in Concrete Construction Awards as the annual progressive awards program makes its debut on November 9, 2015, in Denver, Colo.

“The American Concrete Institute’s chapters are the face of the Institute in communities and countries across the globe,” says Ronald G. Burg, Executive Vice President, American Concrete Institute. “These key staff appointments underscore ACI’s commitment to strengthening chapters by helping to provide the resources to most effectively assemble regional professionals, disseminate ACI’s technical and educational information, and engage in two-way communications with the Institute and other ACI chapters.”