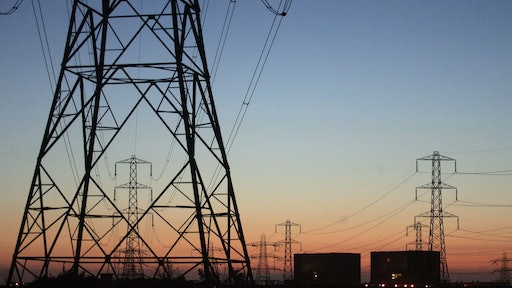 "Everybody, including EPA, agrees that they will boost the cost of electricity, which in turn will increase the cost of making and using nearly everything," he stated. "Higher costs hurt every American's pocketbook, and mean fewer investments, fewer construction projects, and fewer jobs. Americans need to understand this."

Unlike other emissions that have been regulated by EPA up to now, CO2 was not considered an air pollutant by Congress when it passed the Clean Air Act. However, because it has been associated with global warming, means have been sought to control industrial CO2 emissions, and the broad language contained in the Clean Air Act allows EPA to do so.

Industrial processes used to make electricity, cement, and other essential materials and commodities, and all forms of combustion, have always produced CO2. Industries have gradually reduced emissions during the past decade, primarily through improvements in energy efficiency and use of alternative fuels. To reduce CO2 emission intensity to the degree sought by the new EPA regulations, however, an industry must either remove CO2 as part of its existing process or shift to a different, less CO2-intensive process.

"Making substantial reductions to CO2 emissions from our core industries will demand a tremendous amount of time, talent, money, and technology," Toscas notes. "Diverting these precious resources within the timeframes specified in the regulations will strain the capacity of the U.S. economy. We're concerned that the public may not recognize or be prepared for this."

The new regulations are the first of an expected series of EPA rules regulating CO2 from core U.S. industries, including cement manufacturers.

"Like electricity, cement has been at the foundation of modern society and is essential to our economy," said Toscas. "We use cement in concrete to build everything from boulevards and bridges to sidewalks and skyscrapers. Whatever impacts cement production impacts the entire economy."

The cement industry takes environmental protection very seriously, and has made significant progress in reducing energy use and associated CO2 emissions through refinements in plant operations and technology. Of the 70 manufacturing facilities that achieved EPA ENERGY STAR certification in 2014, 27 were cement plants. A Duke University study for the period 1997 to 2008 noted a 13 percent improvement in US cement plant energy efficiency.