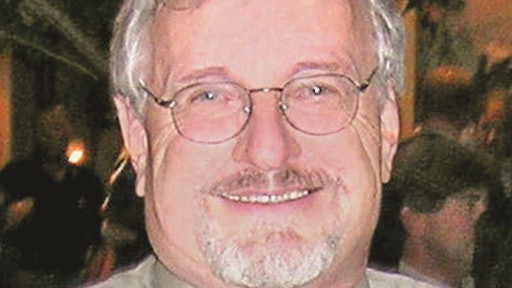 Ward R. Malisch, Ph.D., PE, concrete construction specialist, American Society of Concrete Contractors, (ASCC), received the World of Concrete (WOC) Legacy Award February 2, 2016 just prior to the show’s opening in Las Vegas. WOC established the Legacy Award to recognize individuals who have made significant contributions to the concrete and masonry industries, and who have left a lasting mark on the show.

Malisch earned B.S., M.S. and PhD degrees in civil engineering at the University of Illinois and began his career as a civil engineering educator at three universities. He left teaching to work for the Aberdeen Group where he served as editor of Concrete Construction magazine. He also held positions with the Portland Cement Association as director of construction information services, and with the American Concrete Institute (ACI) as managing director of engineering. He was a senior managing director of ACI when he left in 2007 to work for ASCC. Malisch is also a regular contributor to Concrete Contractor magazine.

WOC is the only annual international event dedicated to the commercial concrete and masonry industries. Over 1,400 exhibitors and 60,000 industry professionals attended this year’s show.