CSDA Elects 2017 Officers and Board of Directors

The Concrete Sawing & Drilling Association (CSDA) is pleased to announce new 2017 Officers and Board members, who were elected at the 45th Annual CSDA Convention & Tech Fair, held March 16-18, 2017. 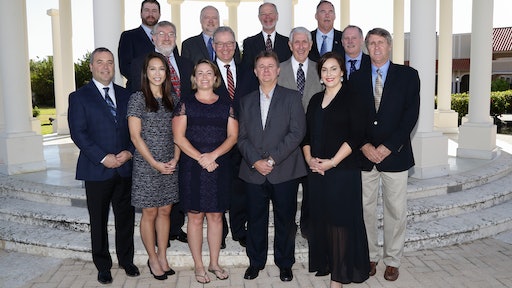 The Concrete Sawing & Drilling Association (CSDA) is pleased to announce new 2017 Officers and Board members, who were elected at the 45th Annual CSDA Convention & Tech Fair, held March 16-18, 2017.

“I consider it a great honor to be elected as CSDA President and I truly look forward to working with a Board full of dynamic, forward-thinking industry leaders,” says Sondergard. “We are in the midst of some tremendous shifts in terms of industry safety, so it is my hope that CSDA can continue to provide companies with valuable resources and training designed to help them succeed in what will be a challenging period for all.”

The remainder of the CSDA 2017 Board and committee meeting schedule is as follows: