7 Tips to Reduce Technology Distractions on the Construction Jobsite 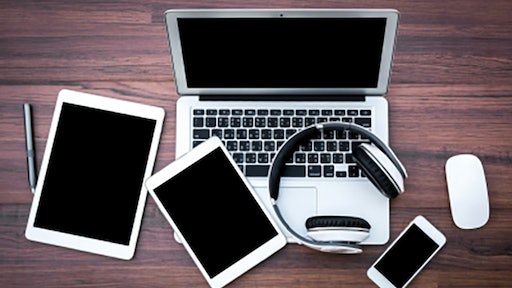 Contractors must try to curb the personal use of high-tech advances during workdays to prevent distracted workers, less productivity, lower quality of work and higher safety risks.

Is it my imagination or are there more distractions than ever for today’s construction worker? Most of which he or she welcomes with both arms!

I think I’ve heard more complaining from contractors, superintendents, PMs and crew foremen about the trouble they have with getting their workers off their “smart” phones and bluetooth devices than any other technological distractions in the past. As one masonry contractor told me, “Man, if I could get my guys to lay bricks as fast as they can text — one handed — we’d be bigger, better and making more money than anything.”

When asked by another contractor if I ever see the day when cell phones would not be such a distraction I quickly responded, “Sure, just as soon as they can make everything small enough to be put onto a chip and implanted in our brains.” Don’t laugh, that day may be closer to reality than you think. Heck, we have cell phones finally built in to wristbands that also happen to double as a watch. (“Beam me up Scottie!”)

So, with all of the high-tech toys hitting the market about every few months, and with the holiday season seemingly every month with or without any formal and scheduled holiday, I have yielded to several contractor’s requests to address this growing problem. The problem is actually manifesting itself in three not-so-good ways: less productivity, lower quality the first time, and the biggest potential problem, higher safety risks. All three results are due to a lack of concentration and focus; and herein lies the challenge of curbing what appears to be a growing desire for workers to have on their persons at all times.

Ok, one would think that the banning of cell phones, bluetooth devices, etc., from jobsites and actual work hours is easy. Just tell the guys and gals, “No cell phone use during work times.” Easy…right? Not hardly. So, then how do we work to curb the use of such high-tech advances during our workdays? I sort of feel like a salmon swimming upstream against the current on this one but here goes it.

1. Establish a formal policy of NO CELL PHONE USE while working

Ok, you have to at least create this policy if you’re to begin managing this issue. Be realistic but create the policy all the same.

2. Contractors & senior leaders MUST model the NO CELL PHONE USE policy

Ha, this group is perhaps the biggest abusers …at least in percentages. I can observe a construction jobsite and I might find 30% to 60% of the workers accessing their smart phones during any one time period, but I can sit in a meeting with owners and senior leaders and 100% of these folks will have their smart phones ready and positioned to respond instantaneously via texting or e-mail.

If the owner of the construction company or the senior leaders are not modeling the policy…good luck getting it enforced with other workers, field or office.

3. Establish “call zones” on the project sites and in office areas

I’m convinced that we will not completely eliminate the use of communication technology by workers while they are working. Therefore, a system that might work for your company is to identify areas on a jobsite and in the office where taking or making personal calls and texts can be executed. Similar to designated smoking areas popular at airports, the designated smart phone area at least encourages better focus and safety at the actual work areas.

4. Establish “call times” per the project and office work hours

Each of these breaks is limited to 10 minutes. An employee does not have to use them or they can combine the two morning breaks for one 20-minute break, the same for the afternoon.

It’s early, and I don’t have any statistics of success with the program but it is interesting.

Another potential benefit to this strategy is that it may help curb the appetite of our new “millennial” employees who are “textaholics.” They at least could “schedule” their smart phone management with established times and locations.

If you have an employee whose wife is pregnant or whose father is dying of cancer, chances are very good that you will make the needed allowances and adjustments to allow the employee possession and use of their smart phone.

Now, even in these situations there are limits to when the employee is actually working, focused on production; but still, an allowance is probably going to be extended to such situations. It goes without saying that such “hardship” cases are processed on an individual basis, trying to empathize with an employee’s unique situation.

6. Treat the correction of high-tech abuse as any other performance issue

I’m sure there will be some HR specialists who might challenge this tip, but I think it might fly for most contractors. No different than an employee who chooses to ignore or break a company rule or policy, the same steps toward correcting the behavior or performance issue should be employed.

The new and constantly improved high-tech tools, and especially the smart phone, also provide a not-so-good dilemma for contractors and senior leaders. These communication tools are among the most common groups of gadgets for theft in schools, restaurants and most certainly a construction jobsite.

Therefore, it’s easy to understand why many contractors allow their workers to keep their cell phones on their person while working, unless they require their workers to leave their phone in their hopefully locked car or truck. If the company is going to require that phones and other gadgets be left behind, then providing a high-tech “lock box” might be a special location and holding tank.

Again, should a contractor provide this “lock box” then certainly he had better prepare for a theft-proof security system.

As more and more phones, key chains, WiFi transmitters, etc., continue to become more affordable and smaller in size for easy carrying, contractors will need to be more assertive about adapting their workers and work environment for the technology advancements. For the contractor or senior leader to simply state, “There will be no cell phones on our projects,” may be viewed with little respect as most people will doubt the ability of most contractors to enforce this restriction.

Technology is not going away. Every producer of high-tech “toys” is willing to bet the future earnings that if they can make a product that is small, discrete and easy to use anywhere, the owners of such toys will continue to risk using the toys…even during their work day and at their work place.

I like what I read about what Michael Jordan (yes, that Michael Jordan) asks his visitors to do when they come into his home. As the story goes, he asks his house guests to leave their cell phones in a basket at the front door, thus there is less risk of some embarrassing photo or recording. Not sure if that simple request would work on a construction site, but you sort of get the idea that even Jordan doesn’t want any more trouble than he can prevent.

Review your company’s current policy toward the presence of smart phones, bluetooth earpieces and other toys of electronic means. If you take a more strict approach to what is and is not allowed on your jobsites and in your offices, practice being smart. Create your policy that best reflects reality for both the users and overseers!

Here’s to reprogramming your smart policies when dealing with smart technology!

Does Your Company Cell Phone Policy Need an Upgrade?

May 19, 2016
Latest in Construction Technology