Innovative Applications Ahead for Telematics Data

Service providers are exploring accident reconstruction and other innovative telematics applications – some of which will depend on your willingness to share your data. 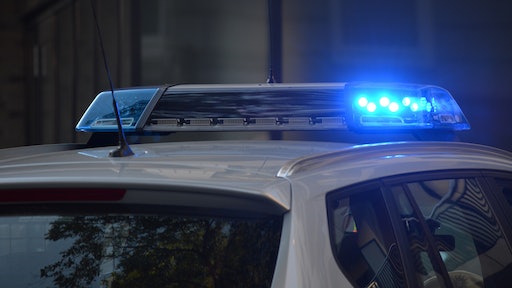 There are estimates that 4.6 million telematics systems will be active in the construction industry by 2021. Given the rapid implementation by construction equipment suppliers, this figure shouldn’t be too surprising.

“If you look at the construction industry and the manufacturers of the equipment, virtually all of them are embedding some type of telematics device in their equipment today,” says Todd Brockdorf, Otonomo’s Head of North America’s Solution Architecture. Otonomo is a connected vehicle data services platform that works with OEMs and fleet providers to filter and disseminate data to those who develop apps and services for vehicle and equipment owners.

“The benefit… to the owners and operators of the equipment is we can bring them innovative app and service providers to help enable their operations to become more effective,” he adds.

Telematics has already revolutionized construction operations. “Benefits to the owners of the equipment include things like location data… especially when you have owners that aren't out in the field, or renters of the equipment providing it to other companies to use for a jobsite,” says Brockdorf.

This data aids in areas such as logistics management and equipment recovery. “The industry as a whole is trying to address a $400 million problem of equipment theft,” Brockdorf states. “Understanding the position of the equipment – if it is still on a jobsite, if it is moving on a trailer off of a jobsite unauthorized – these are the kinds of things that they're using the telematics data to address… Loss prevention is one of the big areas in which they're using telematics data.”

Another common application is determining how long and in what manner equipment is being used on a daily basis. “That's probably the biggest use of telematics data in the construction industry,” says Brockdorf.

Then there’s the ability to perform predictive maintenance. “For fleet operators, understanding their machines' performance and predicting failures and when they need to maintain their machines is another key use case [for telematics],” says Brockdorf. “If their equipment isn't up and operating, that affects the company's performance and their ability to deliver on their commitments to their customers.

“Understanding the state of their machines, understanding critical maintenance – when it might need additional service or when to schedule service for that machine such that it doesn't conflict with a job – predictive maintenance is another key area for this data,” he asserts.

Yet, telematics providers are just scratching the surface when it comes to potential construction applications. 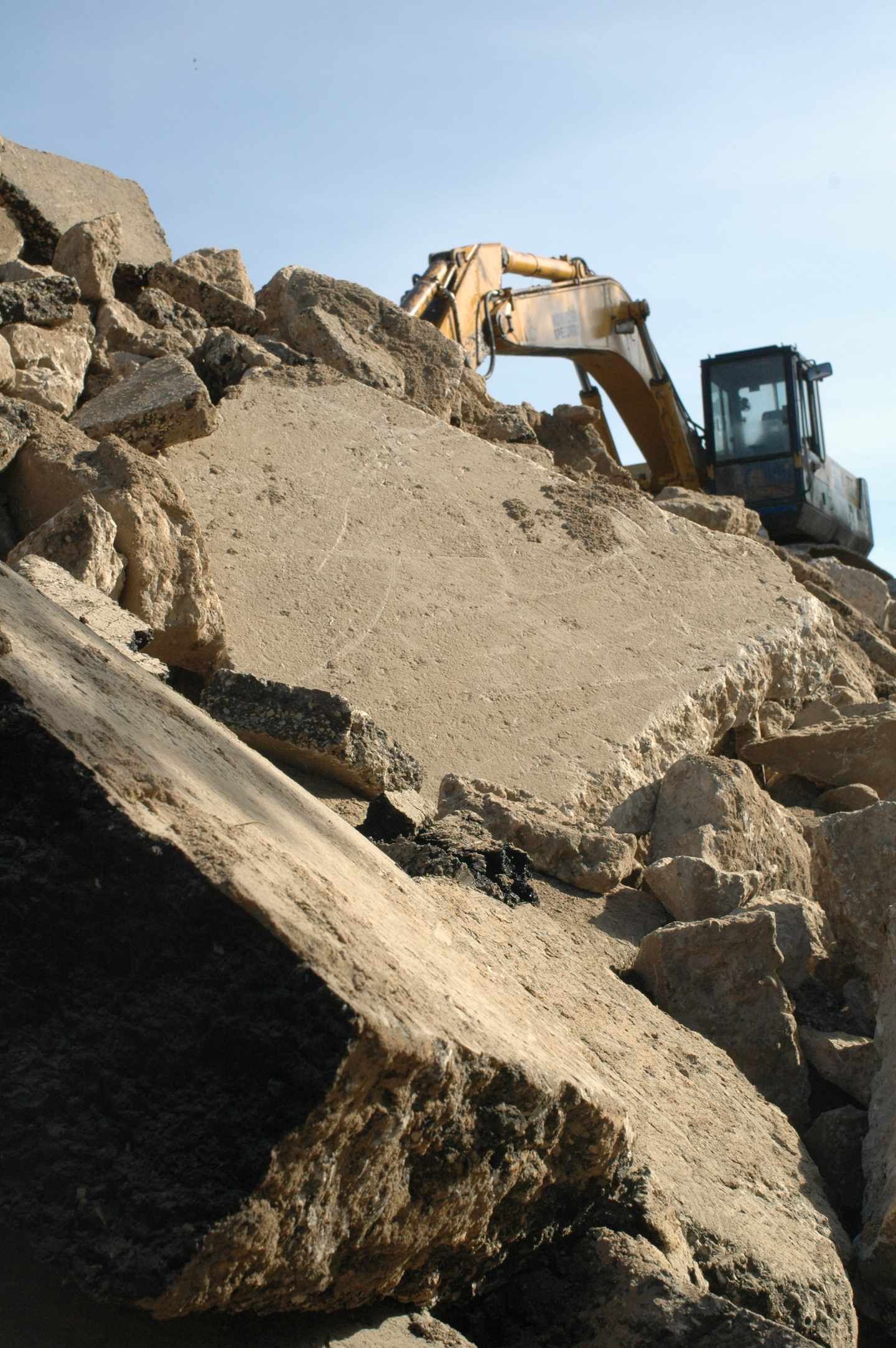 Telematics data could be used to identify the exact location of the various equipment on a construction site and what it was doing when an accident occurred.“There are literally hundreds of parameters that can come off of these machines,” says Brockdorf. “And that's where you get into more sophisticated and interesting use cases.”

For example, one intriguing potential use for telematics data is in accident reconstruction.

“Accidents in the construction industry are costly for the insurers of the equipment as well as companies that are involved in them,” Brockdorf comments. “Insurers are looking for ways to reduce costs related to accidents, and the [construction] companies themselves are looking to increase safety. Telematics and the data that comes off of the machines are able to help address both of these concerns.”

Telematics data could be used to identify the exact location of the various equipment on a construction site and what it was doing when an accident occurred.

“If it's a skid loader, for example, you can see the position of the bucket and how that might affect the accident. You can look at things like the safety bar use, and if proper safety precautions were being taken by the operator of that machine,” Brockdorf explains. “So, all of these different parameters, and more, can become data points within an accident scene for reconstructing accidents, both to the benefit of the insurer [and] the company in helping to increase safety and reduce accidents to begin with.”

Currently, this application of telematics data is in the exploration phase. “[Insurers] are examining this as a new way to understand accident scenes,” says Brockdorf. “So, we're just on the cusp of using this type of information in insurance use cases and accident reconstruction. Right now, it's used in modeling so far, but it is quickly becoming part of their ability to investigate insurance claims.”

“Shared Custody” of Your Data

External use of telematics data is still a relatively new field in the construction industry. “Equipment manufacturers have been placing telematics devices in their equipment and have been collecting this data in the last few years or so,” says Brockdorf. Now, they’re trying to figure out how to “operationalize” it outside of their own operation.

“They've been using it for a few years now in their own internal use cases. But exposing this data externally to organizations like insurance providers – that's a relatively new endeavor for them,” Brockdorf indicates. “That said, there are commercial insurance folks that are looking at figuring out how they can use this data to do things like accident reconstruction and ratings of policies for fleets and fleet operators. So, it's a new field, but it's a very promising field.”

But insurers and other service providers won’t be given indiscriminate access to your information, Brockdorf assures. Fleet owners would, in most cases, have to provide explicit consent up front, say, as part of establishing the rating for a commercial policy. Only then would the insurer be able to use the data in accident reconstruction.

“They would already have this information as opposed to [trying to] obtain the data after the fact,” says Brockdorf. “There is a clear chain of consent and openness and willingness to share the data from the machine…  then that would be part of the insurance chain of events and chain of custody for the data.”

You may ask what the incentive could possibly be to share your data with anyone, let alone your insurance carrier. But Brockdorf believes data sharing can open up potential savings.

“The [fleet] owner or operator might be able to get a discount on their commercial fleet if they are willing to share the telematics data that's coming off of their machines with their insurance carrier,” he points out.

“Larger jobsites might already have onsite fueling capability. But to keep machines running for the smaller jobsites, somebody has to go get fuel for the machines,” Brockdorf comments. “With telematics data, a fueling service can understand the fuel levels of the machines that are operating on the jobsite, where those machines are located… and then be able to deliver fuel at the site when it's needed, keeping those machines running and that contractor doing his job instead of [paying somebody] to go buy fuel.”

No doubt questions will emerge surrounding data access, ownership and security as these and other applications for telematics data are developed. Yet, as with the adoption of other high-tech tools such as mobile devices, online banking and cloud computing, the advantages and convenience offered may quickly outstrip initial industry concerns, opening the door to even further developments.

Tenna talks with ForConstructionPros and industry insiders in this TennaTALK podcast mini-series to inform the construction industry about business systems and tech trends built for construction companies owning and operating an equipment fleet.
August 1, 2021

Here's a list of some of the latest telematics products and solutions from companies around the industry, as well as in-depth insights into how telematics can help rental business owners.
Alexis Sheprak
May 19, 2021

Reasons contractors see failure with telematics adoptions and the right ways to build buy-in from the field to ensure success (from contractors who have done it first-hand).
Tenna
March 29, 2021