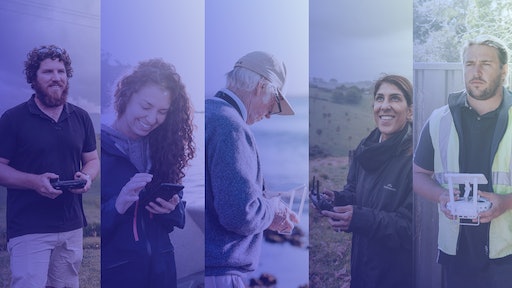 It can be difficult to know when and where to fly a drone, given the ever-changing Federal Aviation Administration (FAA) rules when it comes to unmanned aircraft systems (UAS). Google has made its OpenSky app available to the public for free to simplify airspace access. This is an important development as contractors within the construction and engineering industries increasingly rely on drones for inspections and other tasks.

The app is available for free in the Google Play and Apple App stores.

Wing, an FAA-approved UAS Service supplier of the Low Altitude Authorization and Notification Capability (LAANC), made its drone flyer app, OpenSky, available in the U. S. for the first time. The makes it easy for drone flyers to abide by FAA airspace rules and regulations and request authorization to fly in controlled airspace in near real-time.

With OpenSky, recreational or commercial drone flyers can check FAA airspace information to see where they can and cannot fly, request an authorization from the FAA where it’s required, and manage and log their flights and permissions to their pilot profile.

OpenSky provides near real-time authorizations for drone flyers wishing to operate in LAANC-enabled controlled airspaces, which includes areas surrounding hundreds of airports throughout the U.S.

Without FAA-approved service suppliers like Wing and apps, such as OpenSky, drone flyers would need to request manual authorization to fly in controlled airspace, which could take weeks to obtain.

The OpenSky app can enable authorizations in seconds for operations like emergency response, commercial surveys, or film and photography sessions. OpenSky has been available in Australia since 2019 for recreational and commercial drone pilots and received positive feedback from drone flyers in Australia and from Australia’s Civil Aviation Safety Authority (CASA).

Why is a drone delivery company investing in an operator app? Because with nearly 2 million registered drones in the U.S. already, regulatory compliance of all drones will allow them to share the sky safely.

Moreover, compliance will ultimately expand the uses and benefits of drones, among them emergency response, commercial inspections and contactless delivery, to more people.

The OpenSky app is one of many tools that operators can use to participate in the airspace. According to Google, Wing believes that an open airspace system will encourage a stream of innovations that will support diversity, attract users and grow the entire drone industry, benefiting everyone.

May 27, 2015
Latest in Construction Technology