US new home construction dropped precipitously and permits were weak in the face of unprecedented demand for new homes, but multifamily construction showed signs of revival 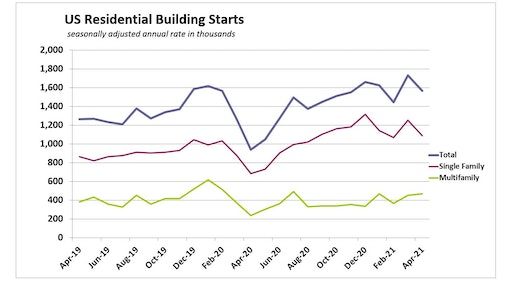 Reuters’ monthly economist poll had showed a consensus forecast of starts falling to a rate of 1.710 million units.

Wet weather in the South and Midwest may take some of the blame, but the 13.4% plunge in single-family housing starts while the housing industry is running at 2006 levels raises concern that home builders are also challenged by constrained material supply, soaring prices and sparse labor.

Single-family starts have declined three of the last four months from a 14-month high in December. Again, weather in late January and early February could hold a lot of responsibility, but building permits for single-family homes fell 3.8% in April, too. During unprecedented demand for single-family homes, permits have dropped in two of the past four months. Responding to an economic-conditions survey of manufacturers and services businesses by The Institute of Supply Management, one construction professional noted how frustrating finding labor has become, saying “We are not accepting all the work that we could if we had the labor.” 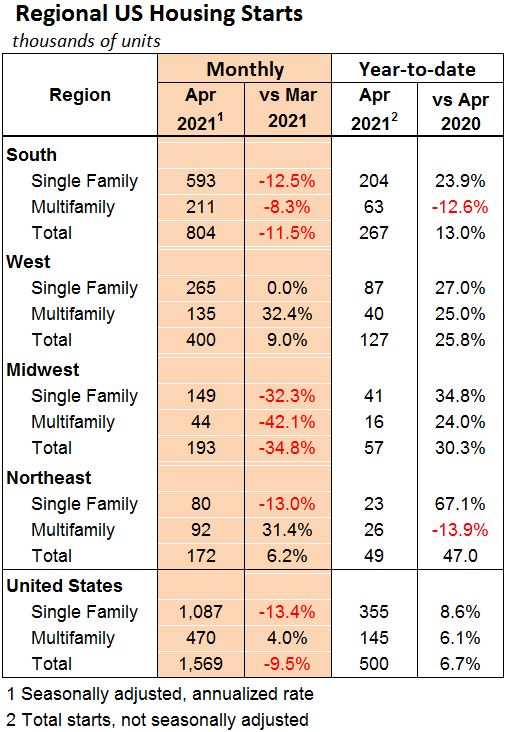 Single-family starts fell in every region except the West, where they were unchanged for the month.

“The drop in single-family starts is eye-opening, as it is usually the more stable component of housing starts and demand for homes is clearly running strong across the country,” says Mark Vitner, senior economist with Wells Fargo Securities. “We suspect that April's drop was due to some temporary factors. Rainy weather in the South, which accounts for more than half of all starts, and the Midwest appears to have slowed construction somewhat.”

The number of single-family homes where permits have been authorized but construction has not yet started rose 4% in April and has been trending higher in recent months. Shortages of lumber, appliances and other building materials seem to have caused many builders to limit the number of homes they started in April. Problems appear to be most acute in South, where the number of homes authorized by building permits but not yet started jumped 5.4%. The backlog of not-yet-started single-family homes has risen 26% since the end of the last year, which should provide strong momentum to home building later this year as supply catches up with demand.

The monthly NAHB/Wells Fargo Home Builders Index, which leads by a month, remained unchanged near historic highs in May at 83, and the current sales conditions series held at 88. 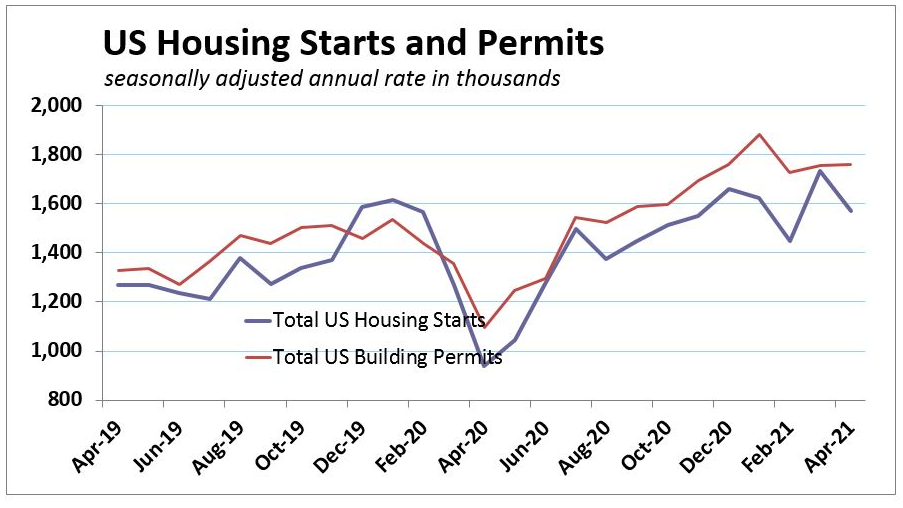 data: US Department of Commerce; graph: ForConstructionPros.com“Apartment construction appears to be revving back up, as demand has improved across the country, including many of the hardest hit urban markets,” says Vitner. “We expect multifamily starts to ramp up further as supply-side challenges ease up. The backlog of projects with five units or more authorized by building permits but not yet started rose 5.4% in April and is up 22.5% since the end of last year.

“Lumber prices have eased a bit in recent days, as mills scramble to increase production amid still sky-high prices. Labor and many other key building materials remain in short supply, however, and continue to be major headwinds for home building until at least this fall.” 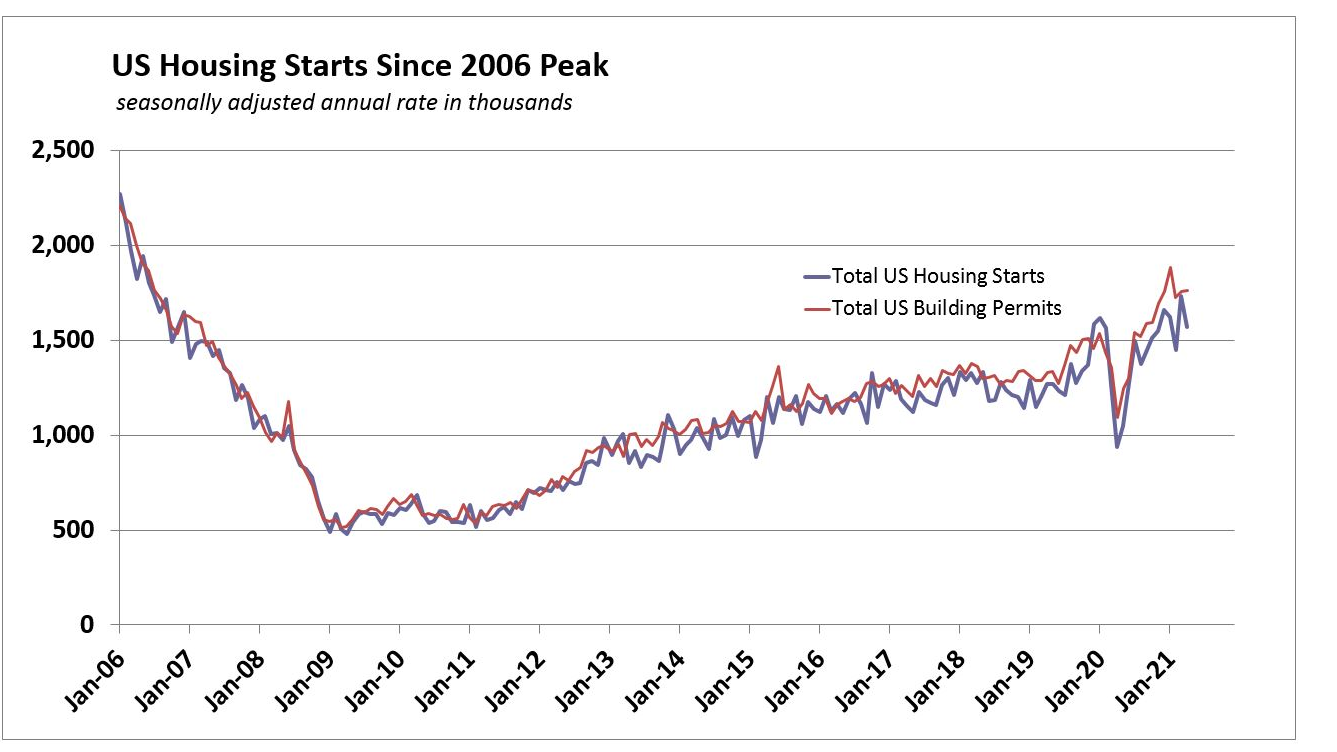