Target Contractors demolishes a building in Florence, SC, as part of a downtown revitalization plan. 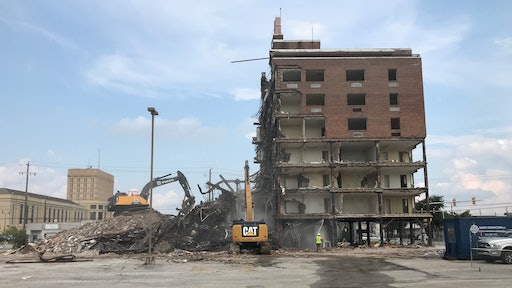 Although it doesn’t quite crack the top 10 biggest cities in South Carolina, Florence is an up-and-coming little southern town with a downtown revitalization plan. The $65 million development project includes the building of hotels, condos, an office complex and a parking garage. In order to make way for this transformation, however, a few buildings of old would have to fall. 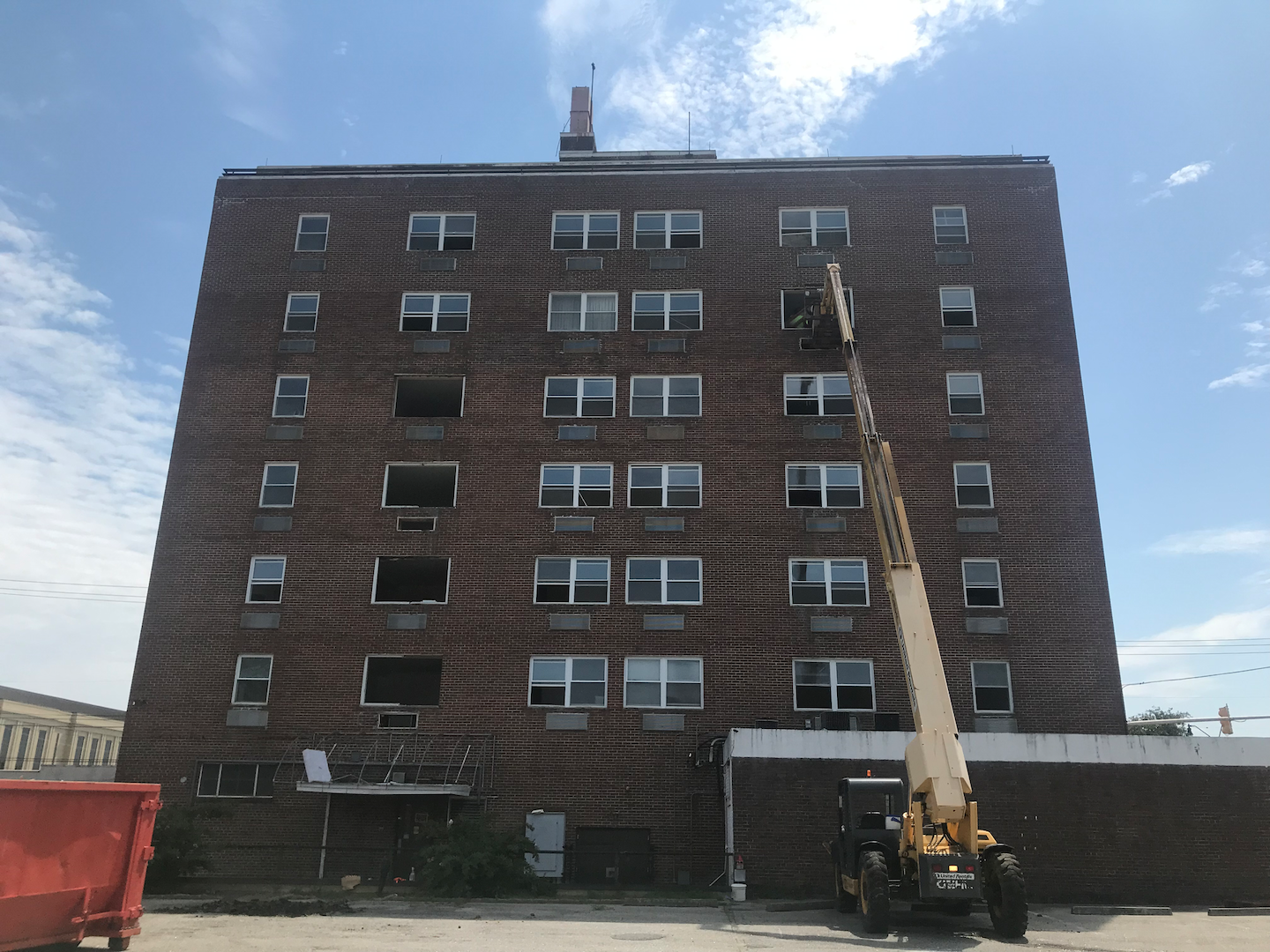 Constructed in 1951, the 31,146-sq.-ft. Florentine building was originally named the Aiken House.National Demolition AssociationThe Florentine building on the corner of West Evans and North Coit streets is one such casualty. Constructed in 1951, the 31,146-sq.-ft. building was originally named the Aiken House and held 36 efficiency apartments, 12 one-bedroom apartments, two two-bedroom apartments, a rooftop terrace and eight commercial spaces on the ground floor.

The demolition was put to bid, and National Demolition Association (NDA) member Target Contractors’ proved of interest to the city. “We were awarded the contract based on our safe approach and added value,” says Kerry Nazario, Target Contractors’ director of health and safety project manager.

“Target provides to clients a detailed proposal listing our qualifications, safety history and experience in the industry followed by a detailed plan to carry out the work,” she says. “Clients can read through our proposal and picture how the project will work from permitting to site restoration with complete clarity. In this industry, a lot of specifications are boilerplate and made for the construction of buildings, not the demolition, so the detail puts them at ease and ensures them that every task involved in the demolition process will be followed according to all federal, state and local authorities.”

Floor-by-floor demolition of the Florentine building began on September 5, 2019, but pre-planning occurred between April 25 and July 19, and environmental abatement happened after that, from July 22 to Aug. 30. The demolition itself was completed on October 9, a total of about 24 weeks (and approximately 6,400 hours worked in the field), Nazario says.

The demolition strategy was to first gut the building and remove the brick. Then, crews methodically torch cut the structural steel, leaving stickers. Then, they rigged the steel with softeners, straps, wire rope, and shackles and pulled the steel down section by section.

“This was unique by being a combination of deconstruction and demolition,” Nazario says. 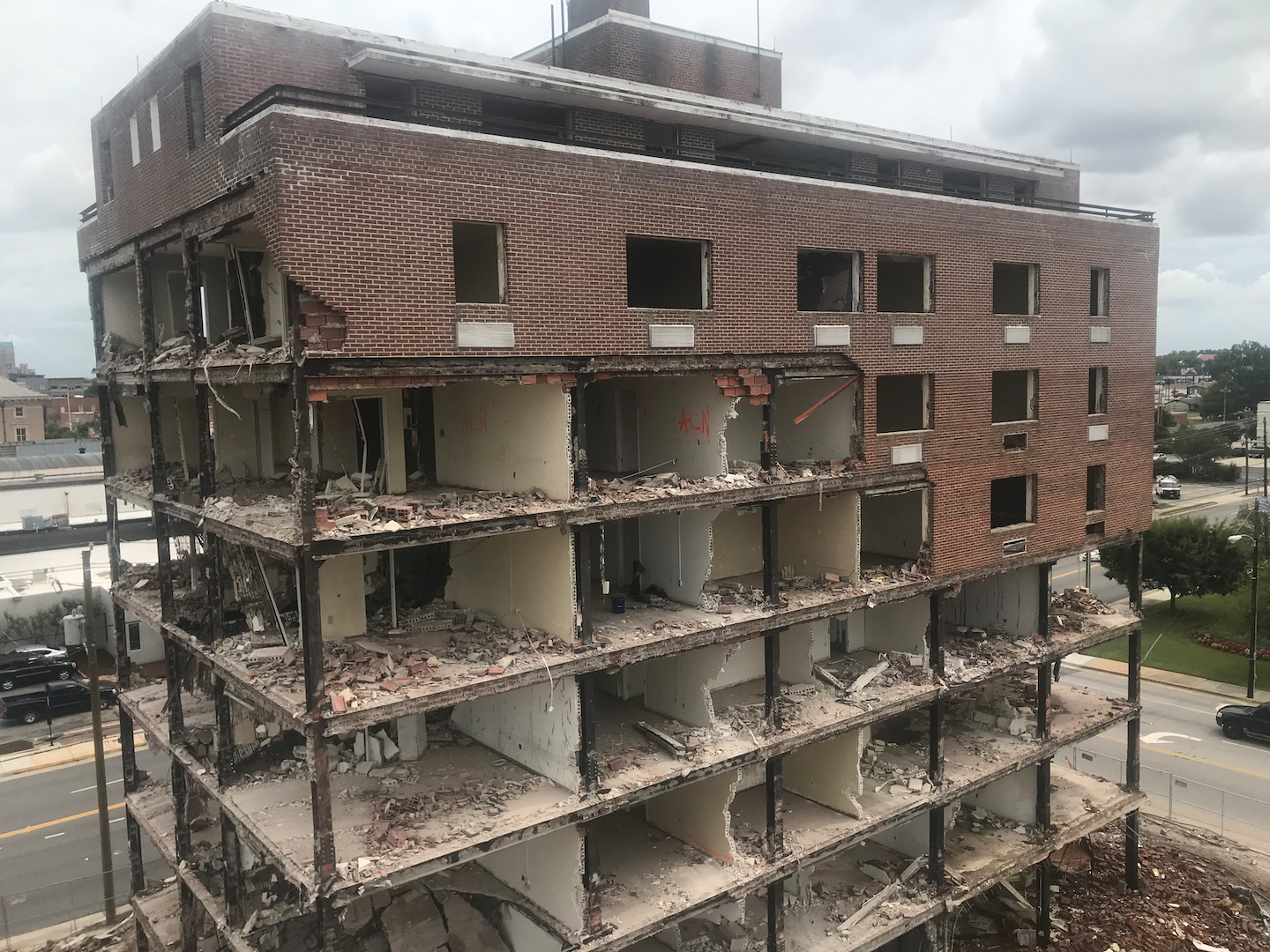 The demolition strategy was to first gut the building and remove the brick. Then, crews methodically torch cut the structural steel, leaving stickers. Then, they rigged the steel with softeners, straps, wire rope, and shackles and pulled the steel down section by section.National Demolition AssociationTarget then loaded out the brick, C&D and scrap, and removed the slab and footers. Finally, they shipped off the clean concrete, imported backfill, graded and seeded.

“In terms of methodology, Target has used this strategy in the past,” Nazario says. “This strategy was chosen after a few rounds of risk assessment and tabletop talks. It was determined to be the safest and best because it gave us the ability and control to decide what would come down and what would stay in place. It also had the least impact on the neighboring community and businesses (e.g., implosion or complete felling may have greater severity if an incident did occur).”

Success does not come without challenge

Although Nazario explains it as a pretty simple job, no job is without its challenges.

“One of the biggest challenges for the project was being in downtown Florence,” she says. “High visibility, lots of traffic and public interest. Pedestrians would often come to watch the work and would sometimes approach the fence line. 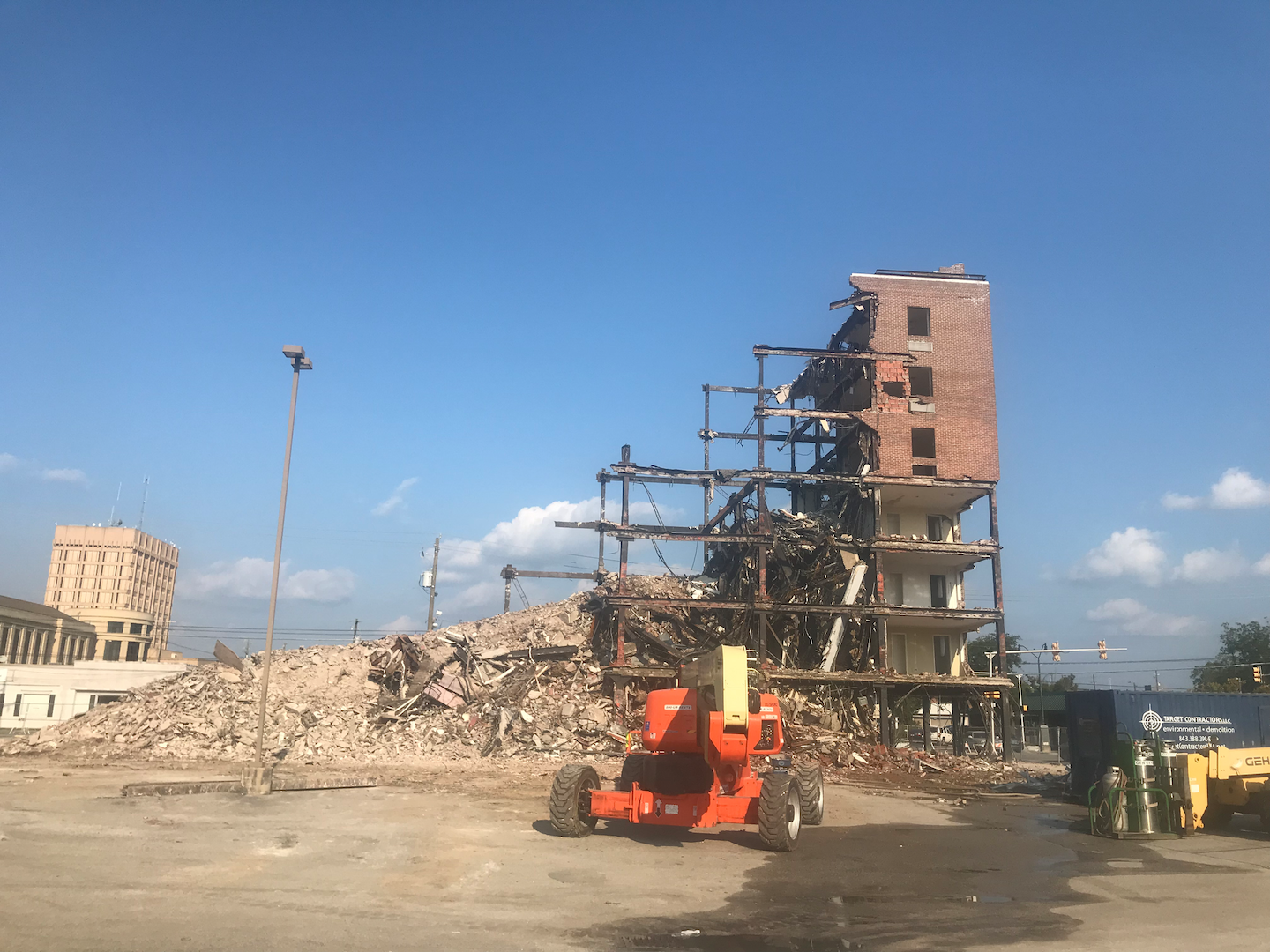 Target Contractors was able to recycle 215 gross tons of metal and 604.4 tons of clean concrete.National Demolition AssociationAnother challenge was working around high voltage lines that ran parallel to the building on east side of the building. This task required full-time spotters and heightened awareness during the demolition process. It also dictated the direction of the approach (north to south/west to east) pulling material away from the lines.”

Ultimately, Target Contractors and Nazario consider the job a success. “Success in this industry is a job well done, without injury, illness or incident,” she adds.

When it comes to Paycheck Protection Program (PPP) loans, forgiveness is more complicated than you think.
Garry Bartecki
April 12, 2021
Follow Us