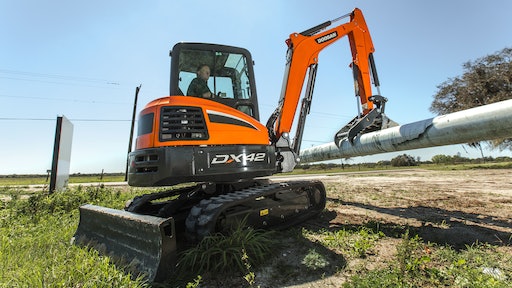 In 2019, Doosan expanded its mini excavator lineup with the addition of three new models in the 3.5-, 4- and 5-ton classes - the DX35-5, DX42-5 and DX50-5. They are available with a standard arm or long-arm option for more dig depth and reach. They also offer an enclosed cab, including heat and air conditioning, or an open canopy configuration. Both configurations allow for optimal all-around visibility. 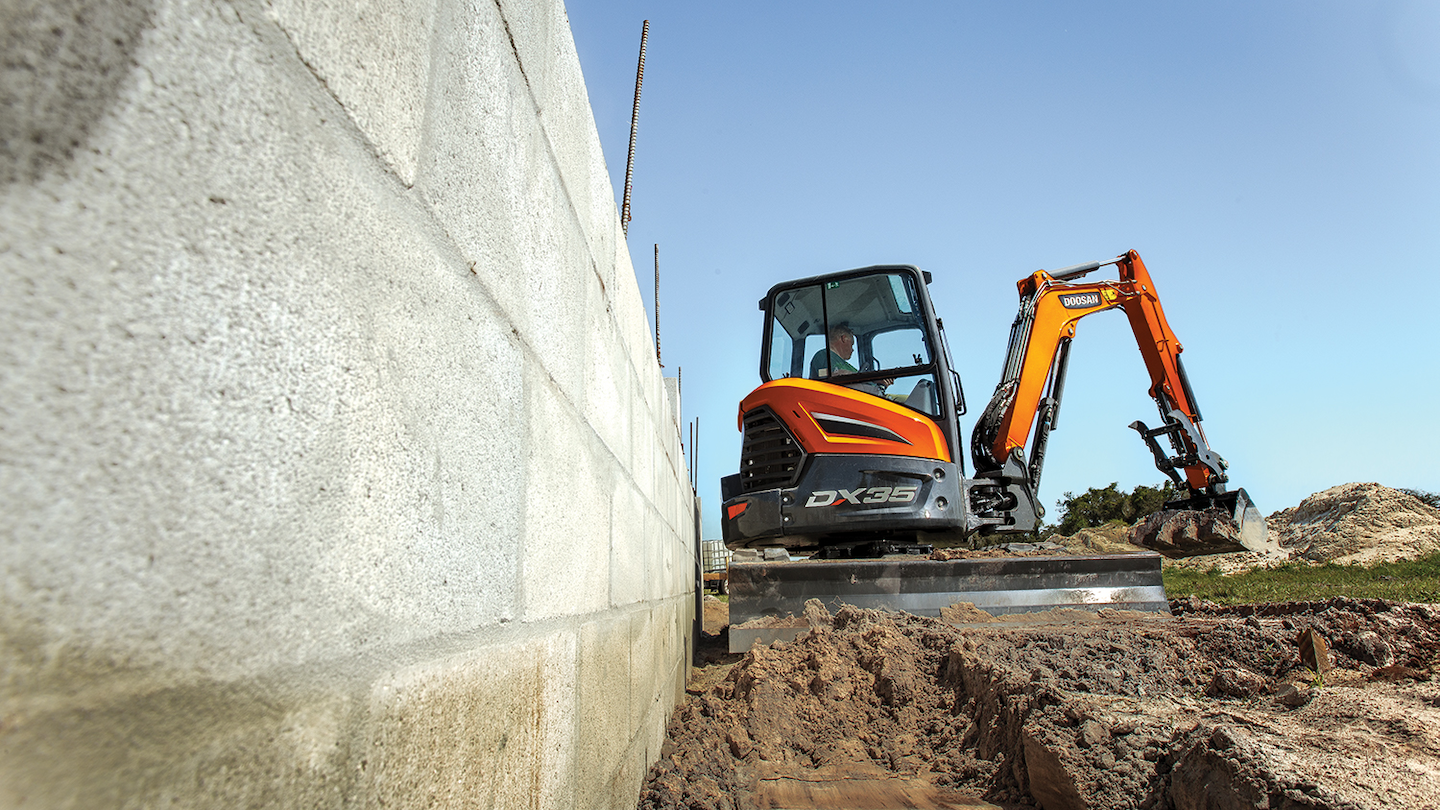 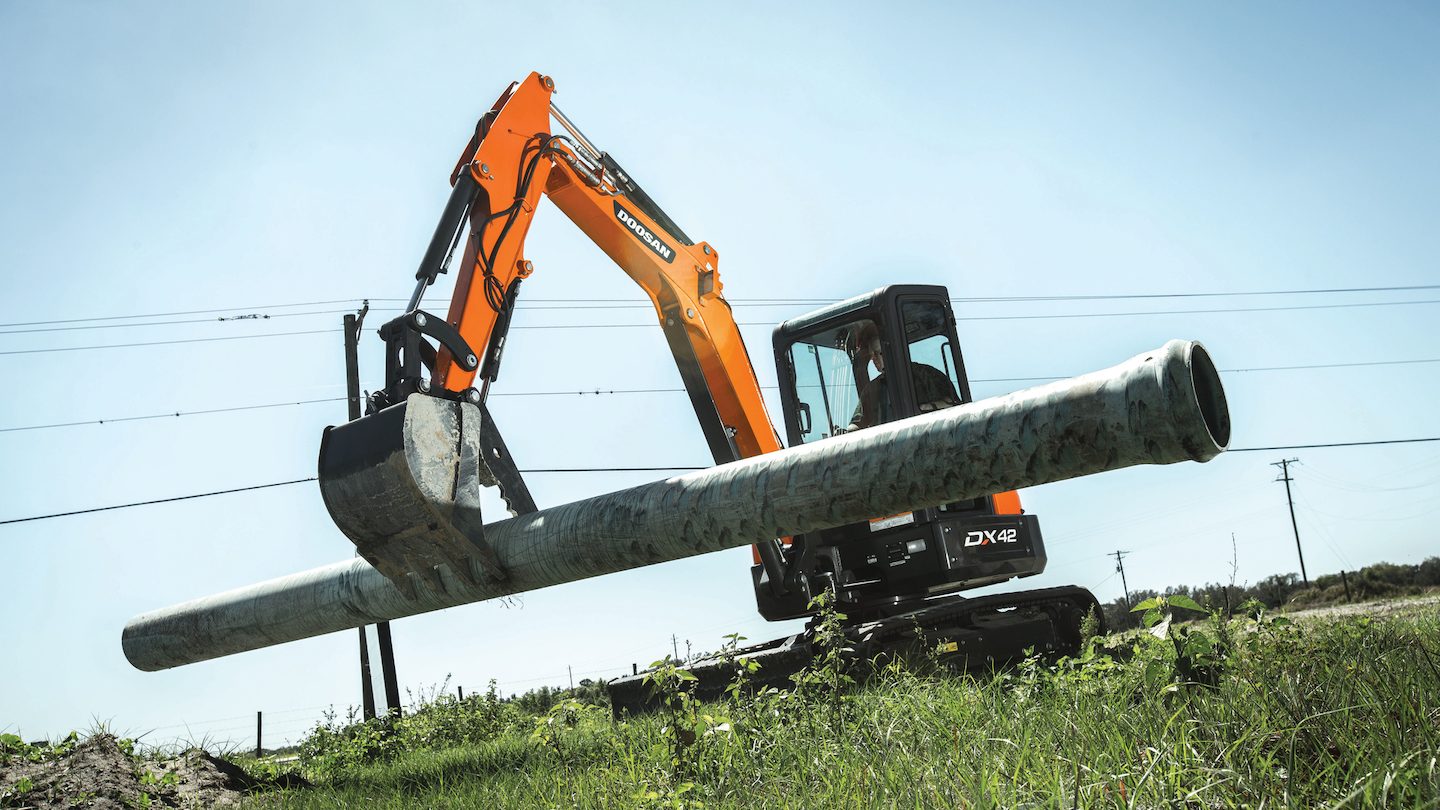 DX42-5The 42.7-hp DX42-5 is a conventional tail swing model in the 4- to 5-ton class. Its narrow width provides the ability to fit through doorways, gates and other obstacles. 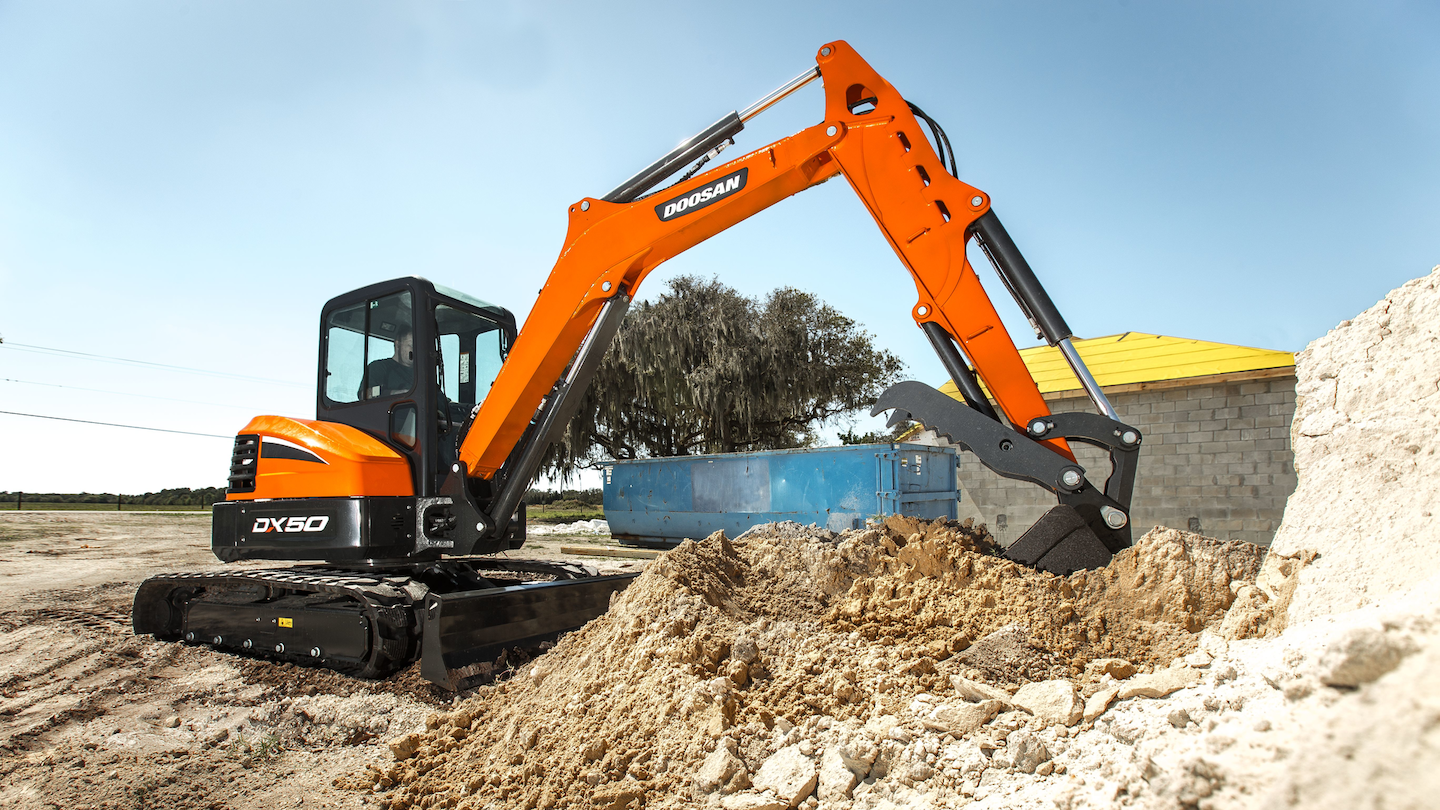