Company is investing and building, hoping to repeat China market-share success in Russia, India and Brazil 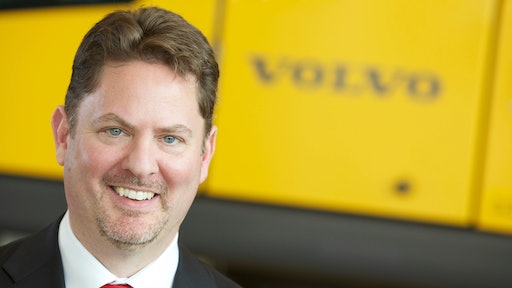 Olney pointed out that Volvo CE planned to introduce more than 60 new products in 2012. Added to the 55 new products launched in 2011, he said the two years' efforts represent the most fundamental overhaul ever of the company’s product portfolio.

Olney outlined Volvo CE’s investments in European factories and expanding European distribution.  The Russian market features prominently in both projects, with excavator production set to begin in 2013 from a new factory in Kaluga, while the dealer network in Russia is set to double by 2015, to 90 locations. He noted that capacity and product expansion programs in India, Brazil and China are strengthening Volvo’s ability to serve those growing markets.