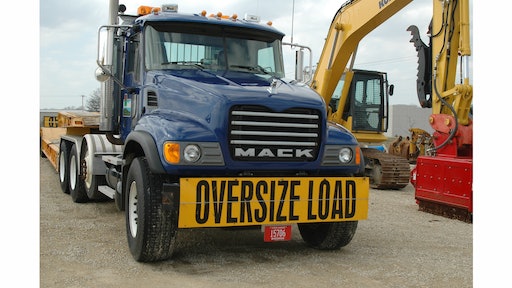 Many engine manufacturers vary drain interval requirements based upon the severity/level of the vehicle service, weight of the load being hauled, fuel economy, idle time, service environment, etc.

Engine oil needs to be changed on a regular basis because oils can lose their performance properties over time as a result of heat, contamination and chemical deterioration. Engine oils oxidize and become loaded with soot, wear debris and contaminants which can only be removed by draining the oil, Chevron’s McGeehan explains. Oxidative products and acids formed as a byproduct of combustion also degrade the oil, adds Dan Arcy, OEM technical manager, Shell Lubricants.

Additives built into the oil to help protect critical engine parts become depleted from neutralizing acids, controlling oxidation and nitration and providing sacrificial films to minimize wear. As the additives are depleted by decomposition, their functionality is decreased, McGeehan says. “All of which will have a negative effect on the performance of the engine oil, contributing to acid formation and increased wear, which can lead to corrosion, among other things.”

Many engine manufactures now have varied drain intervals that are dependent upon the severity or level of vehicle service, weight of load being hauled, fuel economy, idle time, service environment, etc.

The conditions of severe service promote higher fuel consumption which leads to increased engine oil contaminants, oxidation and acidic compounds, Betner says, all of which accelerate the deterioration of the oil and potential loss of engine protection.

While accurately determining a vehicle’s service level is important to help maximize engine life, as well as the optimum drain interval for the engine oil,” McGeehan says “the overriding factor may be maintenance practice.”

“Often an equipment owner will ask how far I can go on your oil,” Betner says. “This is like asking a doctor how you will do in a marathon race. An irresponsible doctor would tell you something like this: ‘Well, you appear to look great, so I believe you will do just fine.’ The same is true of any engine oil manufacturer attempting to make an engine oil change interval claim without knowing the critical operational facts.”

When selecting an engine oil, each of the oil manufacturer representatives emphasizes choosing premium engine oils. These oils have been formulated with the most technologically advanced additives and premium base oils to provide the maximum protection required to combat oxidation, shear, wear, soot, corrosion, etc., that breakdown an engine oil over time and cause it to become less effective.

To optimize engine oil change intervals, in addition to factoring in operating conditions, Betner advises working closely with engine, engine oil and oil analysis providers. “Equipment owners have large capital investments in equipment and the cost of engine oil is only two cents of every operating cost dollar,” he says. “It does not make sense to think that the equipment owner is saving money by trying to get by with cheaper performance levels of engine oil.”

The use of synthetic engine oils has been growing because of the advantages they provide over conventional (mineral) engine oils. Synthetic oils are formulated using a percentage of Group III and/or Group IV base oils, while conventional oils are formulated using Group 1 and/or Group II/II+ base oils, explains McGeehan. (Base oils are categorized by their properties.) Synthetic oils are generally more stable at both low and high temperatures and have better oxidation resistance, but are significantly more expensive than mineral oils.

Synthetic blend SAE 10W-30 or 10W-40 diesel-engine oil may offer extended-drain capability, enhanced engine cleanliness and excellent wear protection in the hottest summer heat and the coldest winter freeze, Arcy says. “This is possible through a combination of additives and synthetic-blend base oil. Synthetic blend oil provides protection in critical areas by helping to control acid, deposits and wear. It also helps protect against acids which are formed as fuel burns. Wear control also contributes to engine life by keeping metal surfaces apart.”

Synthetic blends are often offered in lower-viscosity grades such as SAE 10W-30 or 10W-40, compared to conventional SAE 15W-40 oil, so it will thicken less at colder temperatures, notes Arcy. “Quick oil flow in the engine at startup is particularly important in cold-climate conditions. A synthetic blend SAE 10W-40 or 10W-30 flows better than conventional SAE 15W-40 diesel-engine oil in a cold engine.”

Each of the oil manufacturer representatives advise against using motor oil additives and treatments. They point out that oil companies have invested millions of dollars formulating engine oils that meet or exceed industry standards and OEM requirements. “By adding motor oil additives and treatments, you change the formulation of the engine oil and risk deteriorating its performance,” McGeehan says. “It will also likely void the engine oil marketers warranty as well as the OEM’s warranty because it negates any performance claims of the oil and no longer meets the OEM’s recommendation.”

“Know what your engine manufacturer has to say about the use of aftermarket additives,” adds Betner. “It is not just a simple matter of adding more to the ‘good stuff’ already in the oil. You may very well be taking the oil backwards or at the very least violating the certification for that oil formula.

“Think of adding something to the oil as going to the doctor and getting a prescription,” he says. “On the way to the pharmacy, you decide that the doctor really did not choose enough or even the right type of medication. You buy some off-the-shelf medication and take it along with your prescription. Do you really know the outcome of that decision?”

If there was something that needed to be added to the oil, the engine oil manufacturers would offer that option either in terms of an extra additive or a performance upgrade, Betner says. “The best proven option is to buy the premium performing product to start with and you’re safe all the way around.”

“Efficiency indicates the ability or effectiveness of the filter to remove contaminants, which directly affects engine wear and overall life of the engine,” he says. “Capacity determines how much contamination a filter will hold - an important consideration in determining oil and filter change intervals. Service life is determined by both the efficiency and capacity of the filter and will depend on how well it traps and holds contaminants.”

Enright explains that filter performance can be affected by such variables as operating environment, engine type (EGR vs. non-EGR), type of lubricating oil, fuel quality, type of driving and even climate. “Today’s EGR (exhaust gas recirculation) engines help reduce NOx emissions but can reintroduce soot to the combustion process compromising lubricating oil quality,” he says. “Where there are broad climate variations, there is the possibility of added condensation in the oil.

“At Purolator, we recommend following and adhering to OE oil and filter change intervals. However, for those operators considering longer service intervals, we recommend utilizing a preventive maintenance program with oil analysis being a key component, and auxiliary filtration if necessary. Probably the most effective auxiliary filter unit in controlling soot in EGR engines is the centrifuge.”

Engine maintenance has an effect on oil life and performance as well. A poorly tuned engine will have higher fuel consumption, greater thermal loading and create more soot, among other things, McGeehan says. This leads to increased oxidation, nitration and soot loading of the oil. This, in turn, leads to more deposits, corrosion, wear, potentially stuck rings, diesel particulate filter plugging, etc. Furthermore, such maintenance issues can lead to premature contamination and deterioration of an engine oil and ultimately compromise the protection of an engine’s critical parts.

Fuel system maintenance can lead to excessive fuel dilution or improper fueling injection into the combustion process, he continues. This can lead engine oil dilution, excessive soot loading and increased fuel consumption, all of which can be costly.

Oil analysis can be a benefit to any maintenance program by helping maximize oil change-out intervals and improving vehicle reliability. Regular assessment of the oil condition is one of the most effective ways to monitor the engine.

“Serving as an early warning system, oil analysis can alert you to trends and problems before they become costly headaches,” Arcy says. Used oil samples can typically detect subtle changes and ingress of contaminants such as water, coolant, fuel or dirt which can indicate a head gasket leak, a leaking fuel injector or other problems, Betner adds.

“Ideally, you want to analyze a sample of used engine oil after every oil change,” Arcy says.

Present day oil analysis programs are electronic and data can be managed very easily, Betner says. These programs can generate reports than can assist maintenance managers with targeting areas of maintenance needing improvement. However, some managers have never learned how to use the programs or don’t react to the information, he observes, and as a result, become apathetic about oil analysis and either discontinue its use or don’t believe it has any real value.

Betner encourages these manages to review how oil analysis can help their maintenance program by discussing oil analysis programs with a reputable and knowledge oil analysis provider. “Look for providers that will assist with training, set up and overall implementation, and will work with you along the way to get full value and a true ROI.”

Among the advantages of effective oil analysis programs: prevention of premature engine failures such as cooling system contaminant problems; improved vehicle resale value by having a complete engine heath history combined with maintenance service records; helping with debates over the cause of warranty claims; and helping to extended component life by knowing how the component is wearing in respect to operating conditions.

The bottom line is that “failure to effectively remove contamination will lead to excessive wear and premature engine failure especially in modern engines,” concludes Enright. “The onus is on the fleet maintenance manager or owner to understand the combinations of engines, varying duty cycles, oil types and service intervals in their fleet and to take these factors into account in their choice of oils and filters and their oil and filter suppliers.”

What to Know Before Extending Service Intervals

The 2020 AEMP EquipmentSHIFT Virtual Conference is an educational series curated to elevate equipment managers, their team and the industry.
Rental