Raleigh-Durham, N.C. (April 19, 2011) -- After more than ten years of service at its current site in Statesville, Ritchie Bros. Auctioneers (NYSE and TSX: RBA) officially closed on the property that will become the Company's 107-acre permanent auction site north of Raleigh-Durham, N.C., last week. Construction of a new auction facility, complete with a refurbishment facility and equipment yard, is scheduled to begin June 2011 with expected completion targeted for mid 2012.

Ritchie Bros.' long-standing history in the state of North Carolina began with the purchase of the Statesville facility as part of its acquisition of Forke Bros. Auctioneers back in 1999. The Company conducted its first auction at the site on September 6 of the same year. Since March 2004, 30 Statesville auctions have attracted more than 30,000 bidder registrations and featured over 28,000 lots.

The new site has approximately 60 acres of equipment display area with 47 acres remaining undeveloped for future expansion. Ritchie Bros. plans to build a 33,000-sq.-ft. auction facility — with seating capacity for 575 in its enclosed theater. The site's auction facility will also house a second auction theater with a Virtual Ramp and seating capacity for 300 people. In the Virtual Ramp theater, large photos of stationary lots are projected onto a large screen in front of a seated bidding crowd.

The new auction facility will also house 10 Timed Auction Lot (TAL) kiosks that will allow customers to bid on smaller items, such as attachments and consumer goods, in an online Timed Auction. Bids are placed a few days before and during the live auction, either online at rbauction.com, using on-site internet kiosks or mobile devices, or by proxy.

Construction of a new 16,000-sq.-ft. refurbishing facility, complete with equipment wash area and painting and blasting booths, and a 2,400-sq.-ft. equipment check-in building is also planned. Other amenities will include an on-site catering facility offering food services, free wireless internet, and a 10-acre customer parking lot.

The new site is 24 miles north of the Raleigh-Durham International Airport and visible from Interstate 85, with access via exit 189. A wide variety of accommodation and restaurants are situated in close proximity to the site.

"We look forward to welcoming Ritchie Bros. to the town of Butner as well as the sales tax and property tax Ritchie Bros. is expected to generate for Granville County and the state of North Carolina," said Jay Tilley, director, Granville County Department of Economic Development. "Our excitement is now focused on working with Ritchie Bros. through the construction phase of the project and with the opportunity to welcome people from around the world to the region once the new facility is complete."

Ritchie Bros. will continue to conduct unreserved auctions at its Statesville auction site until the new auction site in Butner is complete in mid 2012. The next auction at the Ritchie Bros. Statesville location is set for the end of June 2011. The company will be exploring different options for disposition or redevelopment of the Statesville property upon relocation to the new site, including soliciting offers to lease or purchase.

An official ground-breaking ceremony at the Raleigh-Durham auction site with local dignitaries and representatives from Ritchie Bros. present will be held on June 10, 2011, at 10 am.

Established in 1958, Ritchie Bros. Auctioneers (NYSE and TSX: RBA) is the world's largest industrial auctioneer, selling more equipment to on-site and online bidders than any other company in the world. The company conducts hundreds of unreserved public auctions each year, selling a broad range of used and unused equipment, trucks and other assets utilized in the construction, transportation, agricultural, material handling, mining, forestry, petroleum and marine industries. Ritchie Bros. has over 110 locations in more than 25 countries, including 43 auction sites worldwide. The Company maintains a web site at www.rbauction.com and sponsors an equipment wiki at www.RitchieWiki.com 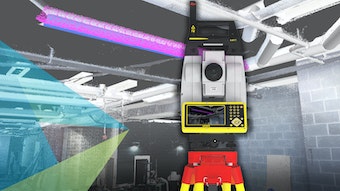