Eight contestants from across the world competed at CONEXPO-CON/AGG 2020 for the title of Cat Global Operator Challenge Champion, and owner/operator Jaus Neigem of Canada came out on top.

It was an event a year in the making. Over 10,000 operators from 30 countries participated in local operator challenges held by 70 Cat dealers worldwide. Less than 100 semifinalists proving their mettle at the local level met on four different continents to compete in the regional championships held in late 2019. In the end, nine showed their superior mastery of not only the machine but also the technology inside to earn a spot in the finals. 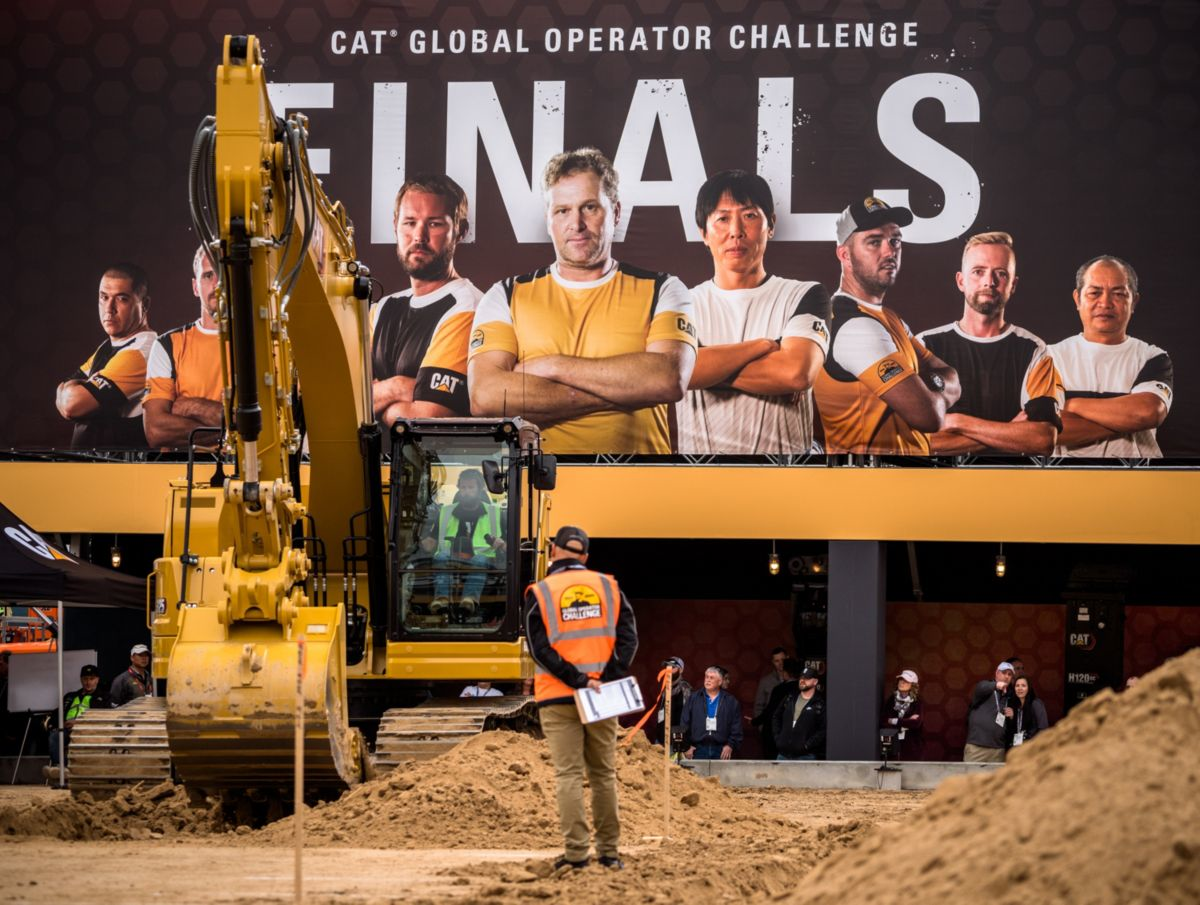 The event kicked off at 9:30 a.m. with the “Load & Carry” challenge, where each operator used the Cat 962M wheel loader with Production Measurement technology to load and move material through specified locations in the course. The “Control to a Tee” challenge began with operators teeing off using a Cat 302 mini excavator then navigating a course before sinking a putt with the golf ball. During the final “In the Trenches” challenge, operators showed off their trenching skills using a Cat 325 excavator equipped with Grade with 2D technology.

Finals scoring consisted of speed, accuracy and operating best practices with penalties imposed for errors. Awards were presented to the overall event champion, the individual with the lowest time in each skills challenge and the team with the lowest combined score.

In the end, Jaus Neigum (Canada), the Americas West champion, was crowned the best of the best, Global Operator Challenge Champion with an overall low-time score of 16:28 for all three events. 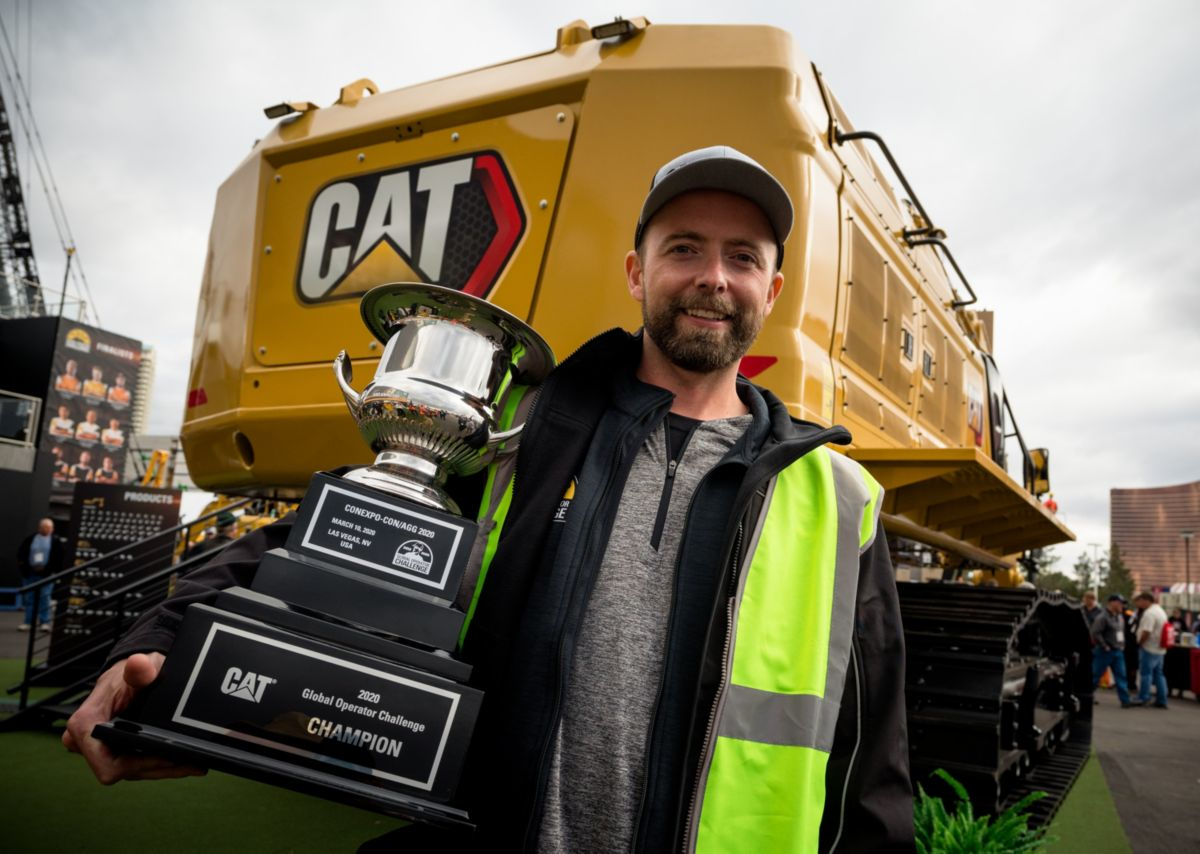 “I’m walking on air right now,” says Jaus Neigum. “This was absolutely amazing. What a great experience and Caterpillar should be so proud with what they’ve done here today. They made history.”

Other awards presented were:

The nine finalists were: