Shares of top construction firms were already seeing a momentum shift last week after the President endorsed the $1.2 trillion framework. The plan is expected to encourage widespread economic recovery through 2026 and create 775,000 new jobs. 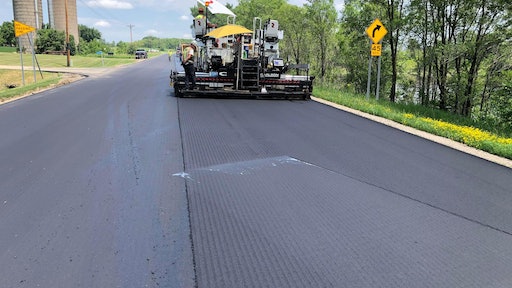 When he began his Presidency, Joe Biden unveiled the centerpiece of his domestic agenda: a two-pronged, $4 trillion effort to transform the U.S. economy by overhauling the nation’s infrastructure and expanding aid to families. The plan had gone little to nowhere as politicians on both sides of the aisle couldn't agree on what to include in the bill much less how to pay for it.

Then last week, Biden and a bipartisan group of senators — five Democrats, five Republicans — announced that they had finally reached a compromise on part of it: a $1.2 trillion framework to fund roads, electric-vehicle charging stations, broadband and other physical infrastructure. The pared-down plan calls for $559 billion in new spending over five years, which includes $110 billion invested in roads, bridges and other major projects.

"I gave my word to support the Infrastructure Plan, and that’s what I intend to do," Biden said. "I intend to pursue the passage of that plan, which Democrats and Republicans agreed to on Thursday, with vigor. It would be good for the economy, good for our country, good for our people. I fully stand behind it without reservation or hesitation.”

The industry is ready to welcome this investment boom as they have been faced with funding uncertainty for years. Profits for many companies tied to the construction or industrial sector are already projected to gain ground over the next several years as the economy recovers. Any spending measure spread out over years will help secure and boost that growth through contracts for projects and orders for supplies and equipment.

Last month, Dodge Data predicted a “middle of the road” infrastructure plan that they said would add roughly $550 billion on top of the $300 billion already anticipated for highway bill reauthorization. They predicted this type of legislation would provide a 38% increase in spending for the industry with highway and bridge starts ready to see the greatest benefits of a projected plan.

While the immediate boost is great, Peter Williams, an economist at the investment firm Evercore ISI, said the infrastructure package will really begin boosting economic growth starting in 2023, as it takes time for major building and repair projects to get under way. But in 2025 and 2026 the extra package would add a healthy one percentage point to the economy’s growth rate, Williams estimates, and create up to about 775,000 jobs.

While widespread economic recovery may take a few years, shares in top industry manufacturers and suppliers like Caterpillar and Vulcan Materials rose last week at the promise of a funding boon. The Association of Equipment Manufacturers touted enthusiasm in the plan, which will benefit those who manufacture construction machinery and materials.

"The Association of Equipment Manufacturers and the 2.8 million men and women of this industry have long called for a transformative investment in our nation’s physical infrastructure so they can continue to build, feed, and power the world, and are pleased to see such important progress," senior vice president of government and industry relations at AEM Kip Eideberg said.

While large companies already are seeing promise of recovery, even construction companies like Granite Construction saw a boost last week. Shares of the company shot up nearly 5% Thursday and posted another 4% gain Friday. The company has a market value of just under $2 billion.

Many others outside of Washington are also applauding the plan as it would not raise taxes on corporations. Instead, it would be paid for with unused COVID-19 relief money, user fees, increased tax compliance and other measures.

“Our nation’s economic strength and long-term competitiveness depend on a robust and modern infrastructure,” U.S. Chamber of Commerce President and CEO Suzanne Clark said in a statement. “We applaud the White House and [bipartisan] group of senators for agreeing on a framework to invest in critical, physical infrastructure.”

National Association of Manufacturers President and CEO Jay Timmons echoed those sentiments in a separate statement saying: “This is how we build to win. This shows that governing with big ideas is still possible in America.”

“Bold infrastructure investment will secure a better future for our nation and industry and help more Americans reach their full potential,” Timmons added. “And building it on a foundation of bipartisanship and consensus will help restore faith in our institutions—and prove that America can still bridge party divides to do great things.”

“While the agreement is a significant step forward, Congress must now finish the job and pass legislation to make the critical investments contained in the bipartisan framework a reality. And, let us be clear: the infrastructure plan is merely a down payment on the country's overwhelming infrastructure needs. From deficient roads, obsolete bridges, crumbling dams and levees, and inadequate airports, storm drainage, pipes and broadband, Congress must do more, including by completing the surface transportation reauthorization process before the FAST Act expires on September 30.”

Needless to say, the industry is cautiously optimistic. Just because there has been a small step to an agreement on an infrastructure package, the path to this becoming a reality is a long one. Democrats are pursuing a two-track infrastructure plan: On one track is the bipartisan deal that would cost approximately $1.2 trillion over eight years with more than $570 billion in new spending.

On the second track is a sweeping multitrillion-dollar bill that Democrats plan to use under reconciliation, which allows them to bypass the 60-vote legislative filibuster. To unlock that option, Democrats will need all 50 members of their Senate caucus united so they can move without Republicans.

Democratic leaders hope to advance the bipartisan plan and start the reconciliation process next month, with the goal of passing both bills by the fall. Democrats have said the Senate will vote on the bipartisan bill and a budget resolution that greenlights and includes the instructions for a second, larger Democratic-only bill in July. The Senate would still need to pass the sweeping multitrillion-dollar bill, which could get pushed into the fall.

Republicans are already prepared for a fight. They are worried congressional Democrats will hold a bipartisan bill hostage over this separate and partisan process. The GOP wants Democrats to say they will not directly tie a bipartisan infrastructure deal to the passage of a larger budget reconciliation bill.

Congress has a long summer ahead of them sorting out the details and ForConstructionPros.com will continue covering this important topic.