How Bernie Sanders’ ‘Housing for All’ Plan Could Affect Construction Pros

Multiple facets of the presidential hopeful’s proposed $2.5 trillion plan may significantly boost the construction industry, but there are a few potential pitfalls to consider. 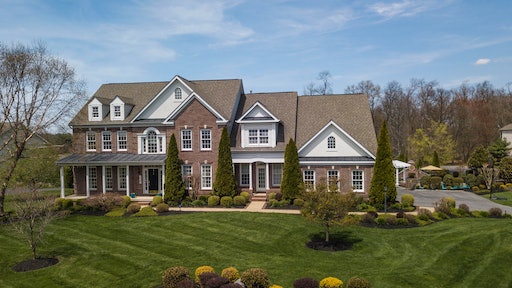 Photo by Evan Dvorkin on Unsplash

On Wednesday, September 18, Bernie Sanders announced his intention to implement an ambitious “Housing for All” plan if elected President next fall. The $2.5 trillion plan aims to curb homelessness, lower out-of-control rent prices, enable more people to become homeowners and make federal housing assistance a right rather than a privilege. This could be exciting news for the construction industry, as it would lead to more construction projects and related job growth across the country.

It’s no secret that America is amid a severe housing crisis. Inability to qualify for loans, incongruity between average wages and home costs, skyrocketing rental fees, predatory lenders and a discrepancy between housing supply and demand are just a few issues driving the ever-worsening dilemma. Naturally, this doesn’t bode well for residential construction professionals.

The details of Sanders’ plan, however, could lead to a construction boon. In addition to the obvious notion that more people buying homes would result in more homes needing built, there are several specific details of the plan that could drastically affect the construction industry.

Under the “Housing for All” plan, Sanders intends to allocate $70 billion for rehabilitating public housing across the country. These improvements will include the addition or repair of shared community spaces and retrofitting to achieve clean energy initiatives in keeping with the Green New Deal. He also announced plans to  invest $500 million in building affordable housing in rural areas, and $3 billion in the Indian Housing Block Grant Program. Each initiative would result in a nation-wide surge in construction work, as building needs in public housing, rural areas and Native American locales would rise.

A significant portion of the plan’s budget—$1.48 trillion over 10 years—will go to the National Housing Trust Fund for the purpose of building, rehabilitating and conserving more than 7 million homes or housing developments for senior citizens and individuals with disabilities or low incomes. This would lead to an increase in new construction work, as well as rehab jobs such as adding wheelchair ramps and improving buildings, so they offer optimal safety and comfort.

The “Housing for All” plan includes several designations of funds for outreach services and assistance for historically disadvantaged communities and first-time home buyers.

Sanders aims to allocate $32 billion over five years to provide housing for homeless individuals. He detailed a proposal to build 25,000 homes in the first year, put $26 billion into permanent housing and earmark $500 million for local and state-wide outreach programs.

Additionally, the plan designates $15 billion in funding for a “21st Century Homestead Act.” This initiative will focus on building new homes and revitalizing abandoned properties in traditionally disadvantaged or under-served communities. Sanders also plans to invest $2 billion into U.S. Department of Agriculture home loan programs, and $6 billion in HUD to help first-time home-buyers qualify for and receive housing assistance. Currently, only about half of those who need federal housing assistance actually qualify for it.

These changes would lead to a drastic boost in various types of home building needs and community construction projects.

Sanders will create a commission to address predatory lending and offer relief to victims of the practice. He will also enact multiple anti-discrimination policies intended to protect all races, the LGBTQ+ community and members of any other group from housing discrimination. Simply put, both plans will result in more people being able to purchase and build new homes.

The “Housing for All” plan includes several provisions to control ballooning rent prices. This may not seem like it immediately affects construction contractors; but a major factor in the inability to purchase a house is the fact that individuals spend so much on rent they can’t save for one. Lower rent will mean more assets going toward savings accounts, which leads to more first-time home buyer opportunities.

While most of the factors of such a far-reaching housing plan obviously bode well for the construction industry, there are a few details that might result in negative effects. For instance, the sudden increase in home buyers would exacerbate the already troublesome national issue of lack of lot inventory. Additionally, the funds for the plan will come from a tax on the top 10% of the wealthiest 1% of American taxpayers. This affects approximately 175,000 of the nation’s richest households and might result in less new construction spending from them.

The strict controlling of rent prices could also cause landlords to spend less on home improvement and construction projects. Lastly, a 25% “House Flipping” tax that will be part of the plan could lead to fewer speculators purchasing houses and hiring construction professionals for renovations.