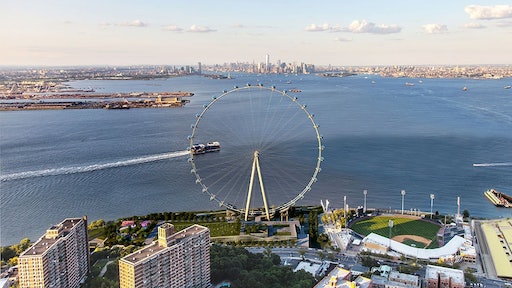 Construction of the New York Wheel, a 630-foot-high observation wheel on the St. George waterfront, has been stalled for nearly one year after the original contractor, Mammoet-Starneth, walked off the job in May 2017. Now that the agreement between the New York Wheel and the contractor was finalized in court, the developer can now move forward to hire a new company to finish the project.