Growth in value of construction put in place increased in April more than offset March’s 1.7% dip, with much of gain coming in residential home improvements 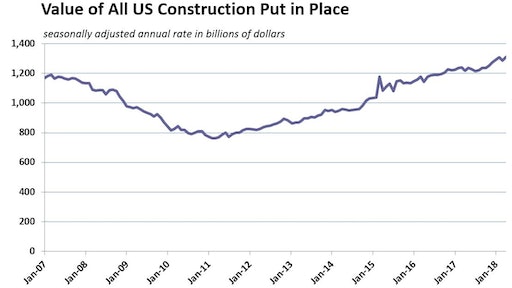 Growth in the value of US construction put in place has exceeded the post-recession high since July of 2016, and set new records in five of the past six months.

The total value of U.S. construction 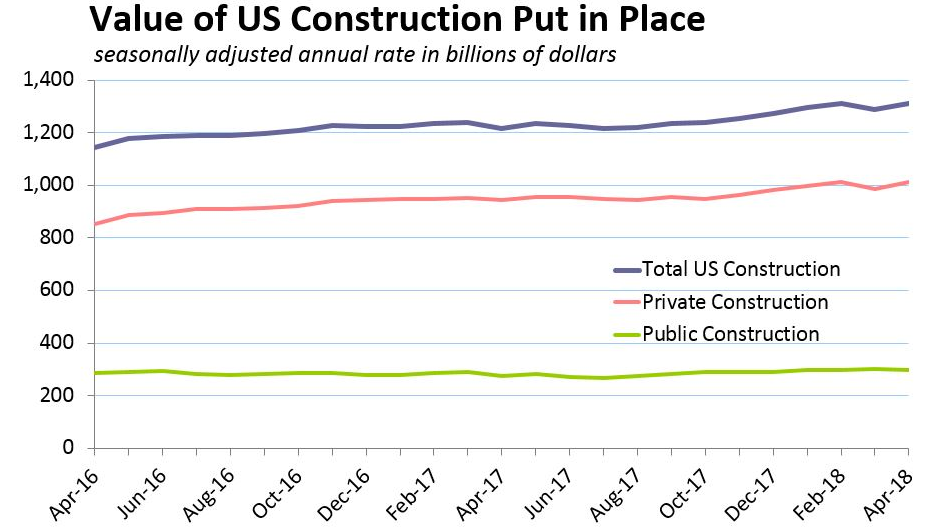 Private-sector expenditures rose 2.8% during April, while public-sector spending fell 1.3%. put in place in April more than doubled economists’ expectations with a 1.8% increase for the month. The overall gain pushed construction to a record-high seasonally adjusted annual rate of $1.31 trillion.

“The April jump reversed the March drop, but the bigger picture here is that this is the fifth 1%-plus increase in the past six months,” Ian Shepherdson, chief economist for Pantheon Macroeconomics told MarketWatch. 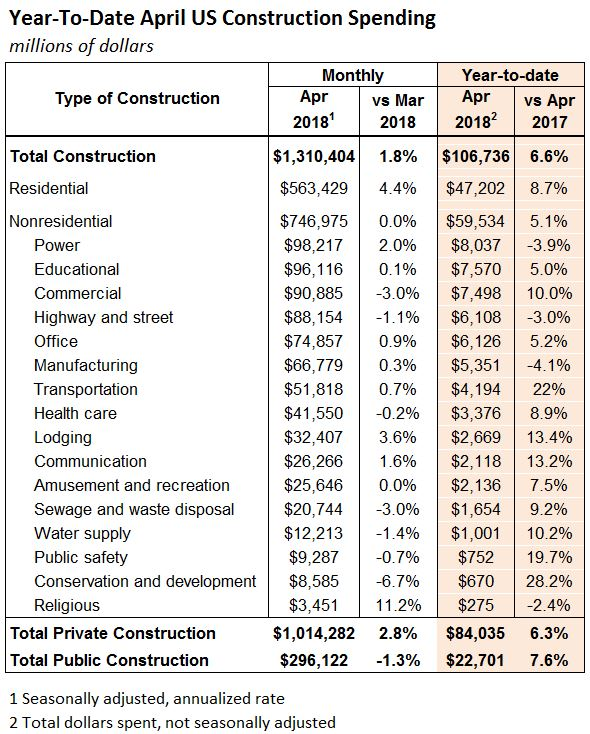 April residential construction spending jumped 4.4% in its biggest gain since 1993.

Private-sector expenditures rose 2.8% during April, the largest increase since January 2012. Residential construction spending jumped 4.4% (year to date, now 8.7% greater than in last year’s first four months). It was the biggest rise since November 1993.

Much of April’s residential rebound was due to home-improvement expenditures, which jumped 11.6%, according to Wells Fargo Economics’ analysis of the Commerce Department’s monthly estimates. Outlays for single-family construction were flat in April and multifamily construction increased 3.6%

Spending on nonresidential construction was flat in April, with a 2.0% increase in spending on the massive power segment neutralized by 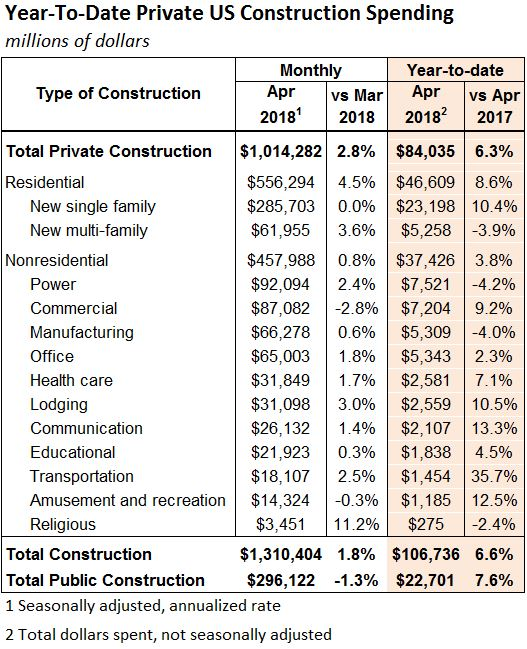 The residential rebound came largely in home-improvement spending, which jumped 11.6%, according to Wells Fargo. a 3.0% drop in the similarly sized educational construction segment.

Public-sector spending fell 1.3% on a 10.2% plunge in federal spending and 0.3% slip at the state and local level. The largest public-spending segment – highway and street – receded 1.0% for the month and is down 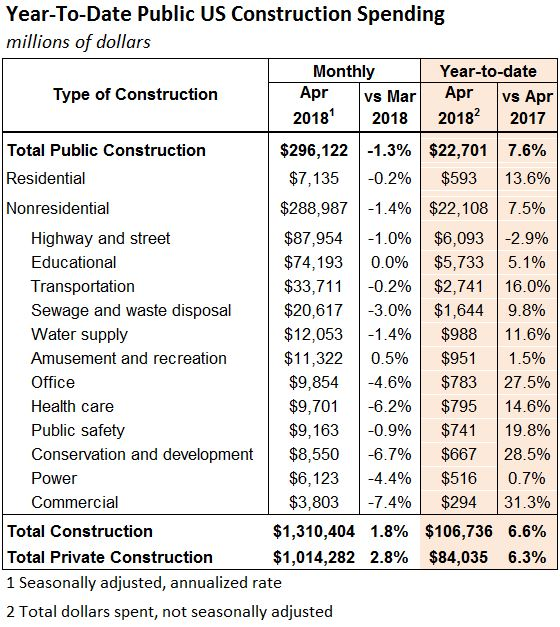 Public-sector construction spending fell 1.3% in April on a 1.0% slip in highway and street spending and flat educational and transportation spending. nearly 3.0% year to date.

Government spending on educational and transportation construction was flat in April, but spending in those segments year to date has grown 5.1% and a whopping 16.0%, respectively.

US Construction Industry Adds 25,000 Jobs in May