Fluor to Book $8.4B for New LNG Canada Project in Q4 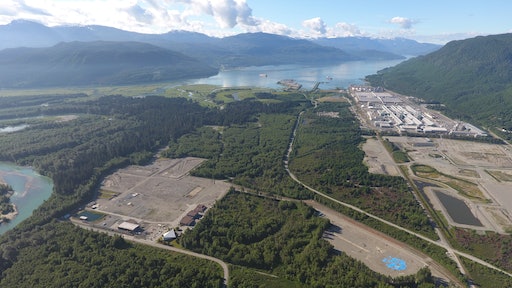 LNG Canada has made the final investment decision to build its liquefied natural gas (LNG) export facility in Kitimat, British Columbia, Canada. Fluor Corp.’s joint venture with JGC Corporation will provide the engineering, procurement, fabrication and construction on the project. Fluor will book its $8.4 billion share of the about $14 billion contract value in the fourth quarter of 2018.

“Fluor remains focused on delivering capital efficiency for our clients and we are excited that our joint venture team’s innovative solutions have helped to enable LNG Canada to achieve final investment decision,” said David Seaton, Fluor’s chairman and chief executive officer. “We are committed to closely collaborating with LNG Canada and the local community to deliver this project safely and sustainably and to meet client needs.”

The project scope will initially consist of two liquefaction units (trains) for a total of approximately 14 million tons per year of LNG. LNG Canada has the option to expand to four trains in the future.

“Fluor delivered its first project in Canada in the 1940s, which was a refinery in British Columbia,” said Jim Brittain, group president of Fluor’s Energy & Chemicals business. “Since then, Fluor has been a part of some of Canada’s most significant capital projects. We look forward to building LNG Canada’s facility and bringing lasting economic benefits to the local community and British Columbia.”

More than 4,500 workers will be employed at the peak of construction. The joint venture will focus on hiring locally and then throughout British Columbia and Canada. Fluor and JGC will begin site activities this year, with first LNG expected around the middle of next decade.

Founded in 1912, Fluor Corporation is a global engineering, procurement, fabrication, construction and maintenance company serving clients by designing, building and maintaining safe, well executed, capital-efficient projects around the world. With headquarters in Irving, Texas, Fluor ranks 153 on the Fortune 500 list with revenue of $19.5 billion in 2017 and has more than 56,000 employees worldwide.