Legislation authorizations include $3.7B for new Corps of Engineers civil works and $4.4B for EPA drinking-water program 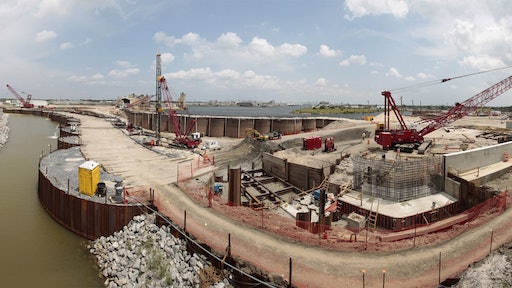 On October 10, the Senate passed – on a vote of 99-1 – a water resources development bill that helps the U.S. Army Corps of Engineers (USACE) maintain much of our nation’s water resources infrastructure.  The president is expected to sign the bill into law.

Engineering News Record reports the legislation authorizes $3.7 billion for new Corps of Engineers civil works and $4.4 billion for the Environmental Protection Agency’s drinking-water program. But annual appropriations will be required before the Corps and local water agencies can let construction contracts.

The bill also reauthorizes the Water Infrastructure Finance and Innovation Act (WIFIA) for $50 million annually in fiscal years 2020 and 2021 and provides a new authorization, championed by the Associated General Contractors of America, for the funding of State Revolving Funds with WIFIA dollars – which can be used for drinking water and wastewater facility projects.

The new WRDA's largest single Corps allocation is $2.2 billion for flood protection and ecosystem restoration in Texas. But industry officials caution that all Corps projects have to compete for appropriations with many others authorized in past WRDAs (the Corps’ annual civil-works appropriations are only about $4.6 billion).

Other notable provisions in the bill include:

FAA Bill Will Draw $5.25B from General Fund to Improve Rural Airports

FAA Bill Would Draw from General Fund $5.25B to Improve Rural Airports