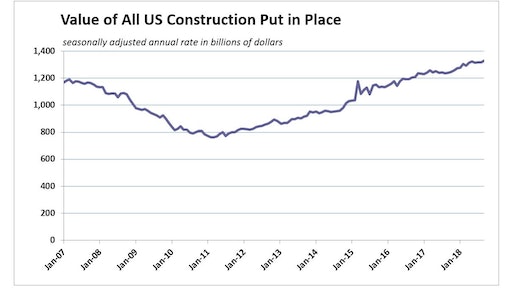 The value of all U.S. construction put in place was unchanged in September at a record high.
ForConstructionPros.com, U.S. Department of Commerce

The value of all U.S. construction put in place was unchanged in September at a record high as a slight gain in private construction projects offset the biggest drop in public outlays in 12 months. 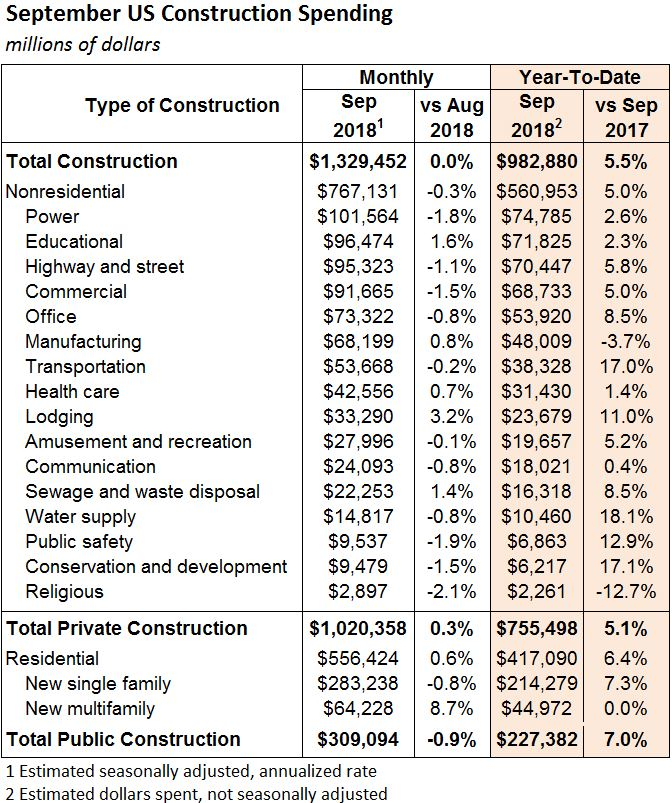 The September figures demonstrate the notorious volatility of the Department of Commerce’s monthly estimates. Six of the ten largest nonresidential segments – power, highway and street, commercial, office, transportation and amusement – dropped for the month, despite all showing strong growth since the first of the year. Manufacturing, which is down 3.7% since January, managed a 0.8% rise.

Strong monthly spending in the huge educational segment and in health care and lodging construction kept September from slipping overall.

Public construction spending’s 0.9% slip was due to contrasting dynamics, as well. A 1.2% jump in solid public education construction couldn’t match a 1.1% drop in the huge highway and street segment, 0.9% slide in transportation spending and drifting water supply construction. Flagging September numbers in those three segments stands in contrast to their very strong year-to-date performance.

The September construction-spending report details offer another Easter egg: August construction spending was revised up from essentially flat to +0.8%.

“The upward revision to August data could have an impact on the government’s third-quarter gross domestic product estimate published last Friday,” according to Reuters’ coverage of this month’s Commerce Department report. “The government estimated the economy grew at a 3.5 percent annualized rate in the July-September period.” 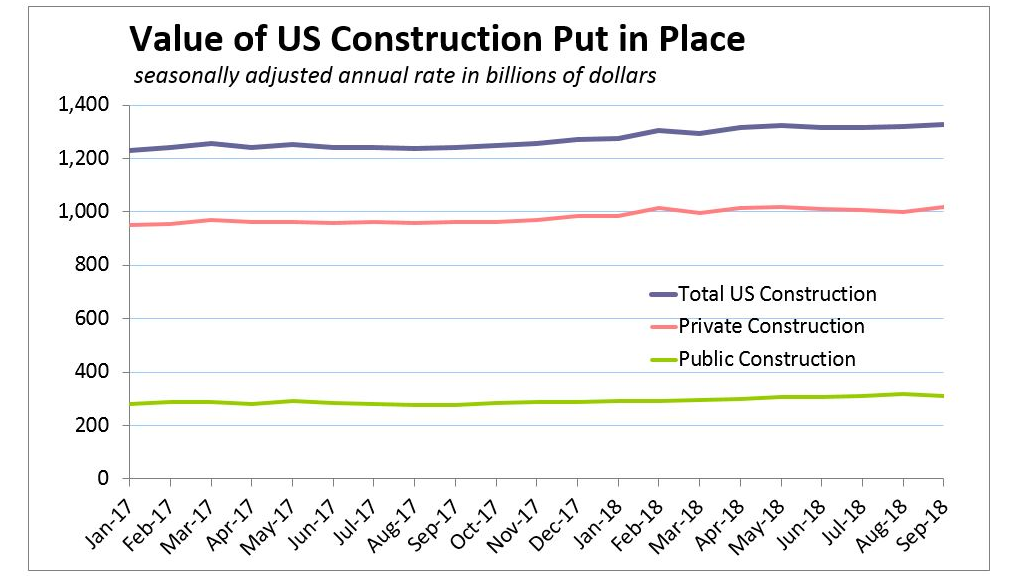 A 0.3% in the value of private construction projects in September offset the biggest drop in public outlays (0.9%) in 12 months.