Study looks at how to rebuild Interstates through tolling and shift from per-gallon fuel taxes to per-mile highway user charges. 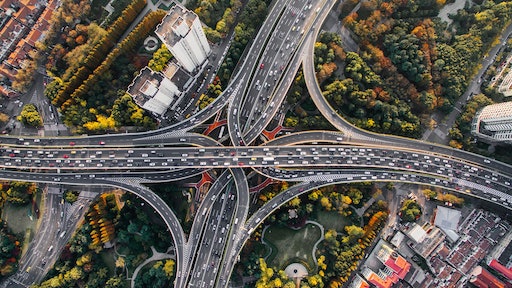 Photo by Denys Nevozhai on Unsplash

A new Reason Foundation study finds Congress and states need to utilize toll financing and transition from per-gallon gas taxes to per-mile user fees in order to fund the needed reconstruction of America's Interstate highways. The report also explains why toll-financed Interstate modernization is the most realistic and politically feasible option to pay for needed repairs and upgrades, and details how to make tolling and per-mile charges fair and customer-friendly for motorists and truckers.

"Policymakers and drivers must face up to the real cost of building a better-performing Interstate System than the aging, outdated system we have now," said Robert Poole, author of the report and director of transportation at Reason Foundation. "But if we expect highway users to pay for a trillion-dollar modernization program, they will need to get real value for the per-mile charges they will pay."

The study finds the key to repairing highways and funding Interstates with a sustainable funding stream is to "use per-mile all-electronic toll revenues to underwrite revenue bonds for reconstruction and selective widening of the existing system — and its possible extension to metro areas that have developed since the 1950s but have no nearby Interstate access."

The Reason Foundation report recommends Congress create a voluntary program offering to exempt any state from the 1956 bans on tolling and commercial rest areas if the state agrees to the following conditions:

"The primary highway funding sources — federal and state fuel taxes — are running out of steam due to ever-higher federal fuel-economy regulations and the increasing market penetration of hybrids and all-electric vehicles. A major step toward addressing both of these challenges would be federal authorization for willing states to use toll financing to rebuild and modernize their aging Interstates," Poole writes. "This would require no new federal funding — and indeed, as states took advantage of this option, it would free up a large portion of existing federal and state fuel taxes for a backlog of unmet transportation needs on non-Interstate facilities."

The study also examines the findings and flaws in the Transportation Research Board’s major report, "Renewing the National Commitment to the Interstate Highway System: A Foundation for the Future." Learn more in the study summary The Case for Toll-Financed Interstate Replacement or download a PDF of the full study.