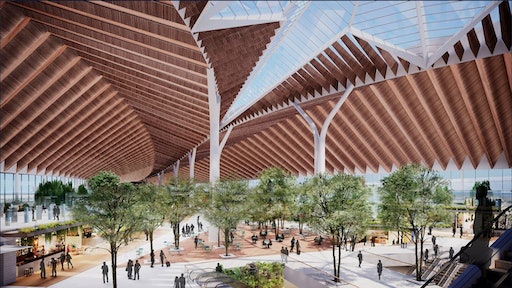 O’Hare expansion plan calls for a Y-shaped Global Terminal that will handle domestic and international flights to replace O’Hare Terminal 2. It's scheduled to open in 2028.

The city of Chicago signed a contract for the $8.5 billion expansion of O’Hare International Airport with a design team called Studio ORD headed by Chicago architect Jeanne Gang.

The contract is worth up to $160 million.

City officials indicated that they are getting close to selecting a team that will be responsible for designing two satellite concourses that will be built as part of the O’Hare expansion.