The value of construction put in place held fast in April, with a 4.8% surge in public spending managing to match falling private residential and nonresidential sectors 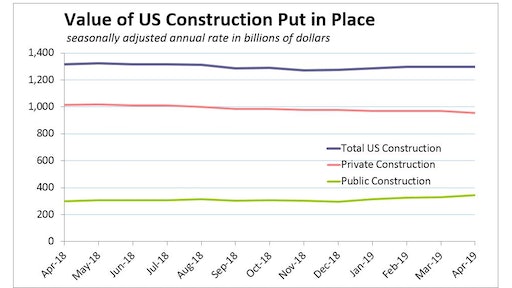 U.S. public construction spending rose 4.8% in April to a record high of $344.6 billion to to balance the steepest drop in private construction outlays in six years.
Data: U.S. Department of Commerce 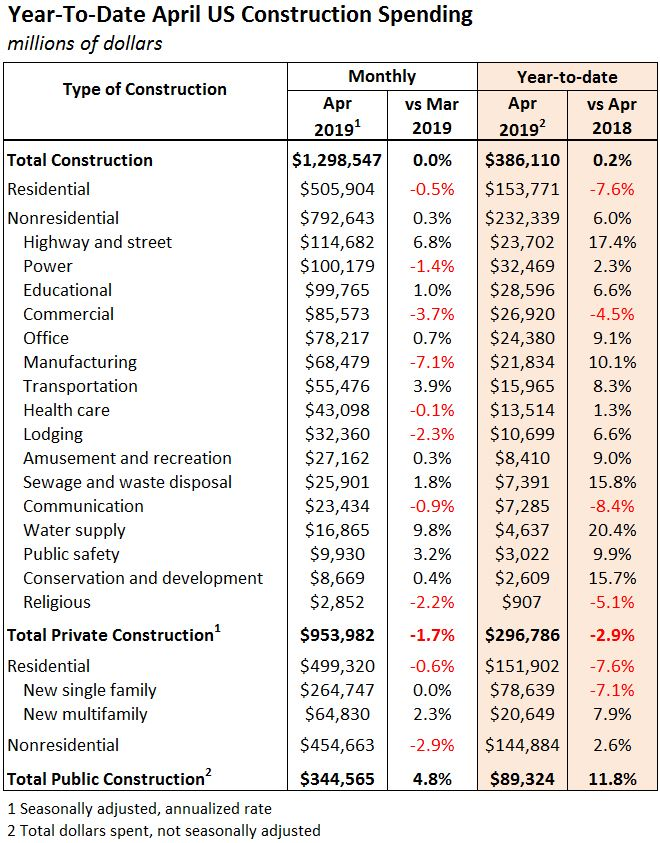 The public-spending surge was led by big gains that carried state and local government spending to record levels. Federal spending rose to $24.5 billion, its highest point since July 2013.

The value of construction put in place by the public sector rose 4.8% during the month to outweigh a 1.7% drop (the steepest in six years) in private outlays. Public spending rose to a record high of $344.6 billion, led by big gains in state and local government spending, which also rose to record levels. Government spending on highways and streets jumped 6.8%, while school construction rose 2.1%. Federal spending rose to $24.5 billion, the highest since July 2013.

Spending on private residential construction decreased 0.6% – the fourth consecutive month of declines for this driver of overall U.S. construction. With the immense single-family category flat and multifamily construction up 2.3%, significant losses for the month are attributed to falling home improvement outlays.

Spending on private residential construction year-to-date has fallen 7.6%, with a 7.1% drop in single-family expenditures, compared to the first four months of 2018.

Private nonresidential outlays, which factor into the structures component of GDP, dipped 2.9% during April but are up 2.6% year to date (not seasonally adjusted).

Warmer weather has allowed more road projects to get underway. Highway and street spending surged 6.8% in April and, year-to-date, is a whopping 17.4% greater than the same period last year. 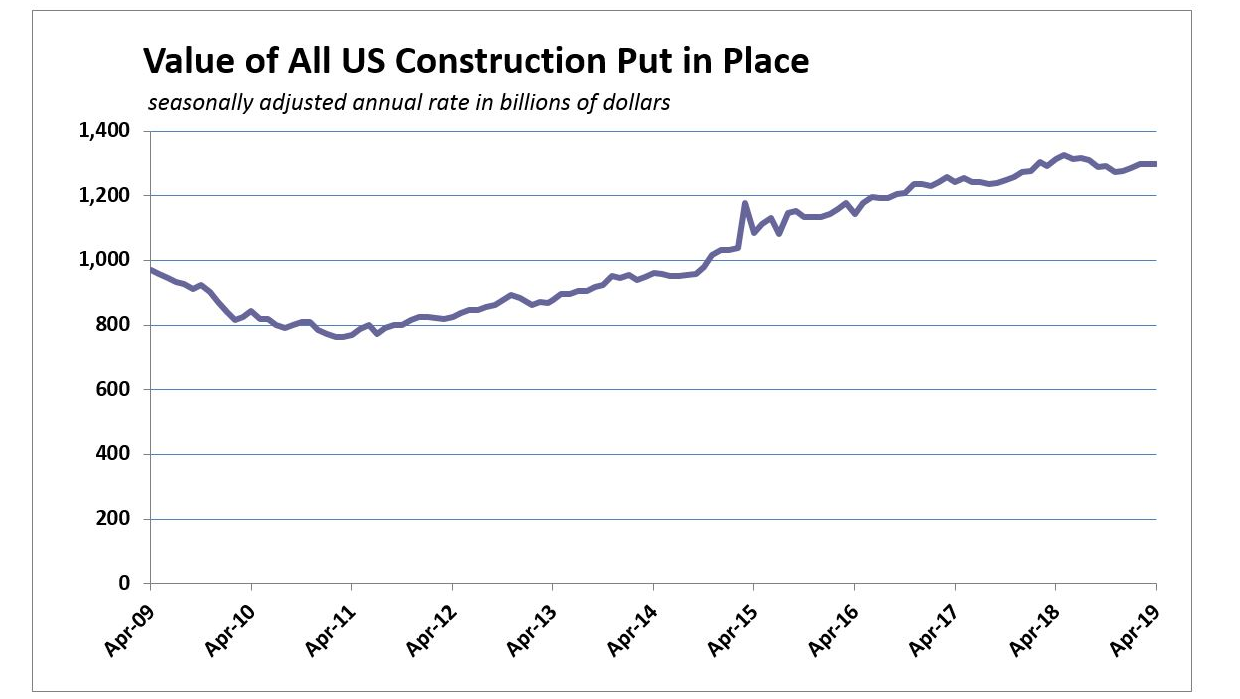 The total value of all U.S. construction put in place in April was unchanged from March, despite significant record change in private (decreasing) and public (increasing) spending.

Marcum Commercial Construction Index Reports Industry Surging in the US