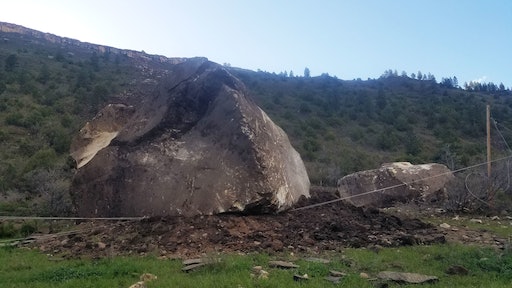 Colorado Highway 145 will go around the house-sized boulder, and the state will create a new state landmark dubbed “Memorial Rock.”
Colorado Department of Transportation

Colorado officials have decided to reroute traffic around a 8.5-million-pound boulder that landed on a state highway rather than destroy the massive rock.

The state will spend $1.3 million — some of which will come from federal emergency funding — to reroute Colorado Highway 145 instead of shelling out $1.5 million to blow the boulder up. This move will not only save $200,000 in taxpayer money, but will also allow Colorado to turn the boulder into a new state landmark dubbed “Memorial Rock.”