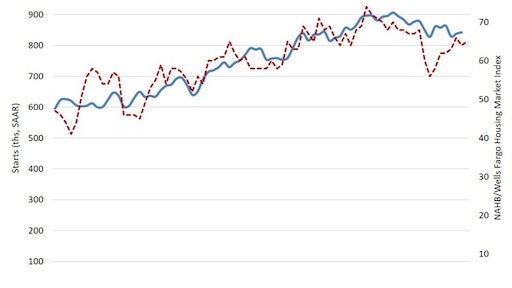 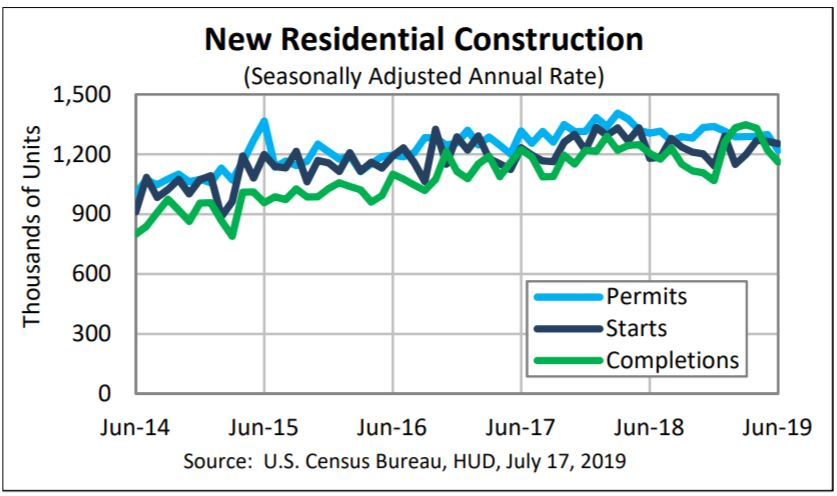 While the sector saw a monthly increase, total housing starts dipped roughly 1% (1.253 million annual rate) for the month on a decline in apartment construction. While remaining at a solid level, multifamily starts dropped 9.2% (406,000 annualized rate) after an impressive 10.9% gain (449,000 annualized rate) in May.

Single-family permits in June rose slightly to an 813,000 annualized rate, but are down 6.1% on a year-to-date basis. The number of single-family units authorized but not under construction also declined in June to 85,000 units, down from 90,000 a year ago. While troubling on the surface, Robert Dietz, NAHB chief economist, sees this as a potential signal of permit growth ahead, noting that single-family units authorized but not under construction did not reach a 2018 peak (103,000) until December of that year.

As of June 2019, 519,000 single-family homes were under construction. “This is roughly flat from a year ago,” Dietz noted. “However, there are currently 616,000 apartments under construction, the highest count since April 2017. The cumulative impact of recent declines in current construction activity are seen in the graph below. This impact is responsible for a slight decline in housing’s share of GDP.” 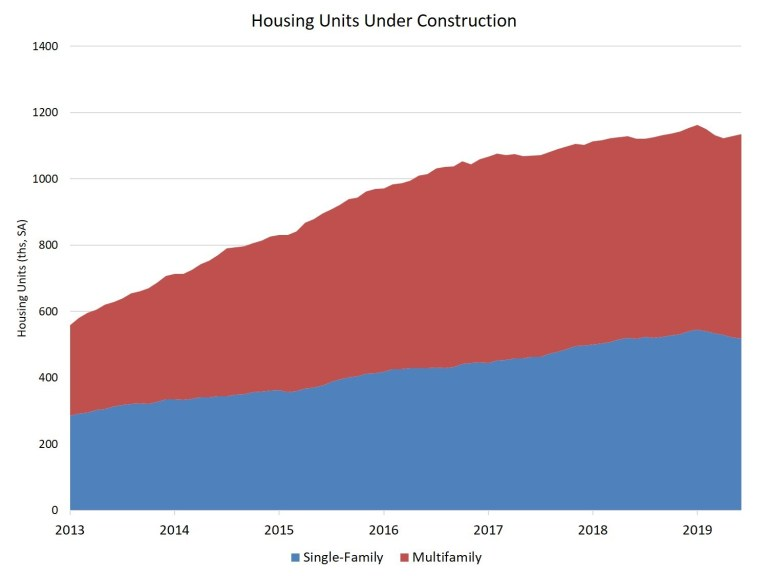 National Association of Home BuildersDietz added that the NAHB’s forecast and forward-looking HMI suggest that future data will show stabilization in single-family starts followed by slight gains due to declines in mortgage interest rates.

The next quarterly edition of the Home Building Geography Index (HBGI) - which segments the U.S. housing market based on Census data on county-level residential building permits - will report on such conditions. Unveiled in May 2019, the HBGI replaces the Leading Market Index (LMI) previously used to track the housing market's post-Great Recession recovery.