While praised by the Chamber of Commerce and labor unions, repeal opponents caution it may increase both health care spending and the deficit 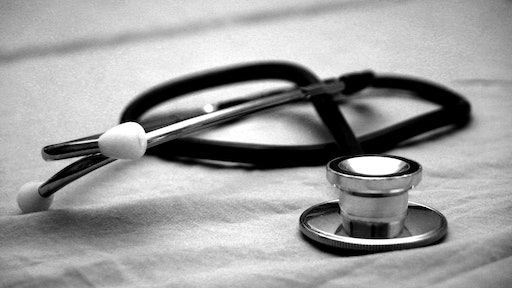 Photo by Hush Naidoo on Unsplash

The U.S. House of Representatives voted Wednesday to repeal the Affordable Care Act’s (ACA) so-called “Cadillac Tax” provision. The provision was set to impose a 40% excise tax on the cost of employer-based health insurance exceeding certain amounts – generally $10,200 for individual coverage and $27,500 for family coverage – starting in 2022.

The Cadillac Tax was included in the ACA (Obamacare) as a means to slow overall health spending by discouraging employees from selecting expensive insurance plans with lavish health benefits that could result in overuse of medical services, CNBC News reports. (Such employer-financed plans were previously excluded from income and payroll taxes.) The tax would also generate revenue that the U.S. government would then use to fund other ACA programs.

However, lawmakers in both parties, along with labor unions, expressed concern the tax “would cause employers to reduce health benefits or burden workers with an increase in cost-sharing. There are also concerns it would unfairly target high-cost health plans that cover people in poorer health or people who live in areas where health costs are high.”

A recent Kaiser Family Foundation analysis estimated that the tax on high-cost health plans would affect one in five (21%) employers offering health benefits when it takes effect in 2022 unless employers change their health plans. An even larger share (31%) could be affected when workers’ voluntary contributions to Flexible Spending Accounts (FSAs) are taken into account. The analysis also projected that the Cadillac tax would affect a growing share of employers over time, reaching 37% in 2030 without including FSA contributions (and 46% with them).

The House-passed H.R. 748, introduced by Rep. Joe Courtney (D-CT) earlier this year, had more than 350 co-sponsors. The U.S. Chamber of Commerce issued a statement praising its passage:

“We commend the House for passing this legislation, which would repeal the so-called 'Cadillac Tax.' The Chamber has long supported the repeal of the Cadillac Tax, which is forcing employers to cut health benefits to employees and their families. We encourage the Senate to move this legislation forward so that the 181 million Americans who rely on coverage from their employers would have a path forward to greater healthcare access and more affordable coverage.”

“Without full repeal, it will be the workers who will ultimately pay for this regressive tax,” O’Sullivan stated. “Already families are seeing higher costs with fewer benefits as employers are having to adjust coverage due to this tax despite its delayed implementation to 2022.”

The Associated General Contractors of America has urged Congress to ratify this repeal.

Yet, not all are in agreement that repeal is in the best interest of U.S. businesses and employees. Paul Van de Water, senior fellow at the Center on Budget and Policy Priorities, writes that repeal “would set back efforts to slow the growth of health care costs, and it would lose substantial needed revenue.” He advocates changes to the ACA legislation that would address the tax’s flaws “at a far lower budgetary cost than repeal, while continuing to provide a brake on health care spending.”

Many economists in the healthcare sector share this sentiment, warning that repeal would promote increases in health care spending and add to the national federal deficit. The nonpartisan Congressional Budget Office estimates it could add as much as $193 billion to the deficit over the next decade.

The next step is for the repeal bill to move to the Senate for consideration. However, it remains unclear when the Senate may bring the bill up for a vote.