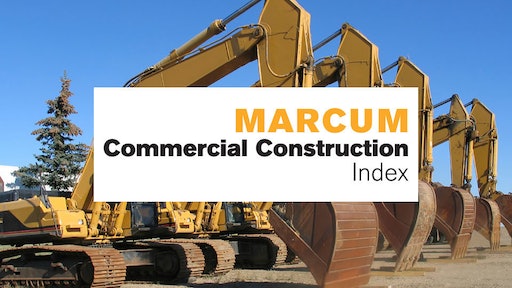 The Marcum Commercial Construction Index for the first quarter of 2020 reports an industry suffering the adverse effects of COVID-19.  Construction employment fell by nearly one million jobs from March to April 2020, a decrease of 12.8 percent.  The industry’s unemployment rate increased from 6.9 percent in March to 16.6 percent in April, the highest level since early 2012.

The index is produced by Marcum’s National Construction group.

“Typically, construction is protected in the early months of a recession, as months of backlog acquired over prior periods allow contractors to continue working even as the broader economy slows down.  That was not the case this time around,” wrote Anirban Basu, author of the report and Marcum’s chief construction economist.

Despite elevated unemployment levels, Mr. Basu does not expect the crisis to assuage skilled labor shortages. “Following the Great Recession, the U.S. Department of Labor found that roughly 60 percent of displaced construction workers found employment in another industry.  Preventing this from happening again is crucial for construction during the potential recovery.”

Nonresidential construction spending data from March does not reflect the severity of the economic contraction and stood at an annualized rate of $802.6 billion, down 0.1 percent from February 2020 but up 2 percent year-over-year.  Twelve of the 16 nonresidential construction sectors contracted on a monthly basis in March, and the largest increases were in primarily publicly financed segments like public safety (+5.4 percent) and highway and street (+4.5 percent).

“Based on March construction spending data, industry activity largely proceeded apace, with recessionary forces impeding broader industry activity to only a limited extent.  These data, however, are inconclusive since they only embody the…the tip of the iceberg in terms of the economic impact of COVID-19,” wrote Basu.

Mr. Basu expects April’s construction spending data to more fully reflection the economic harm associated with the pandemic. “Anecdotal evidence indicates that many general contractors are in the midst of discussions with developers and other consumers of construction services regarding potential project postponements and cancellations.”

Commercial construction will be among the slower segments of the economy to recover.  Mr. Basu expects firms to compensate by searching for projects involving remodeling and renovations rather than fixating on new construction. “The good news is that COVID-19 will likely require many current building owners to take action, including with respect to reshaping air handling systems in order to reduce viral transmission.  Moreover, while commercial real estate will be slow to recover, certain segments may experience an acceleration in investment activity, including hospitals, data centers, and testing labs.”