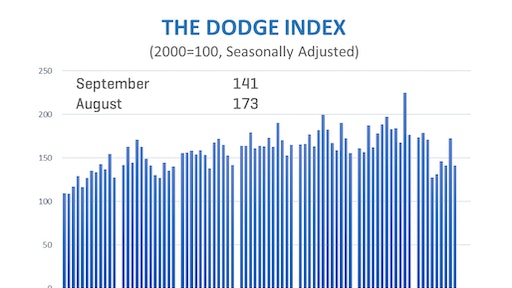 Total construction starts dipped 18% in September to a seasonally adjusted annual rate of $667.7 billion, essentially taking back August’s gain. While some of this decline is certainly payback from several large projects started in August, the drop in activity brought total construction starts below levels seen in June and July. Nonresidential starts fell 24%, while residential building dropped 21% over the month. Nonbuilding starts were 5% lower than August.

“That construction starts took a significant step back in September is disappointing, but also not surprising,” states Richard Branch, Chief Economist for Dodge Data & Analytics. “The economic recovery has lost momentum and is showing strain since support provided to consumers and businesses from expanded unemployment insurance benefits and the Paycheck Protection Program have expired. The worsening budget crisis for state and local areas has also slowed growth in public project starts, particularly in the face of a somewhat uncertain outlook for federal infrastructure spending programs. The road to recovery will continue to be uneven and fraught with potholes until a vaccine is developed and widely adopted across the U.S.” 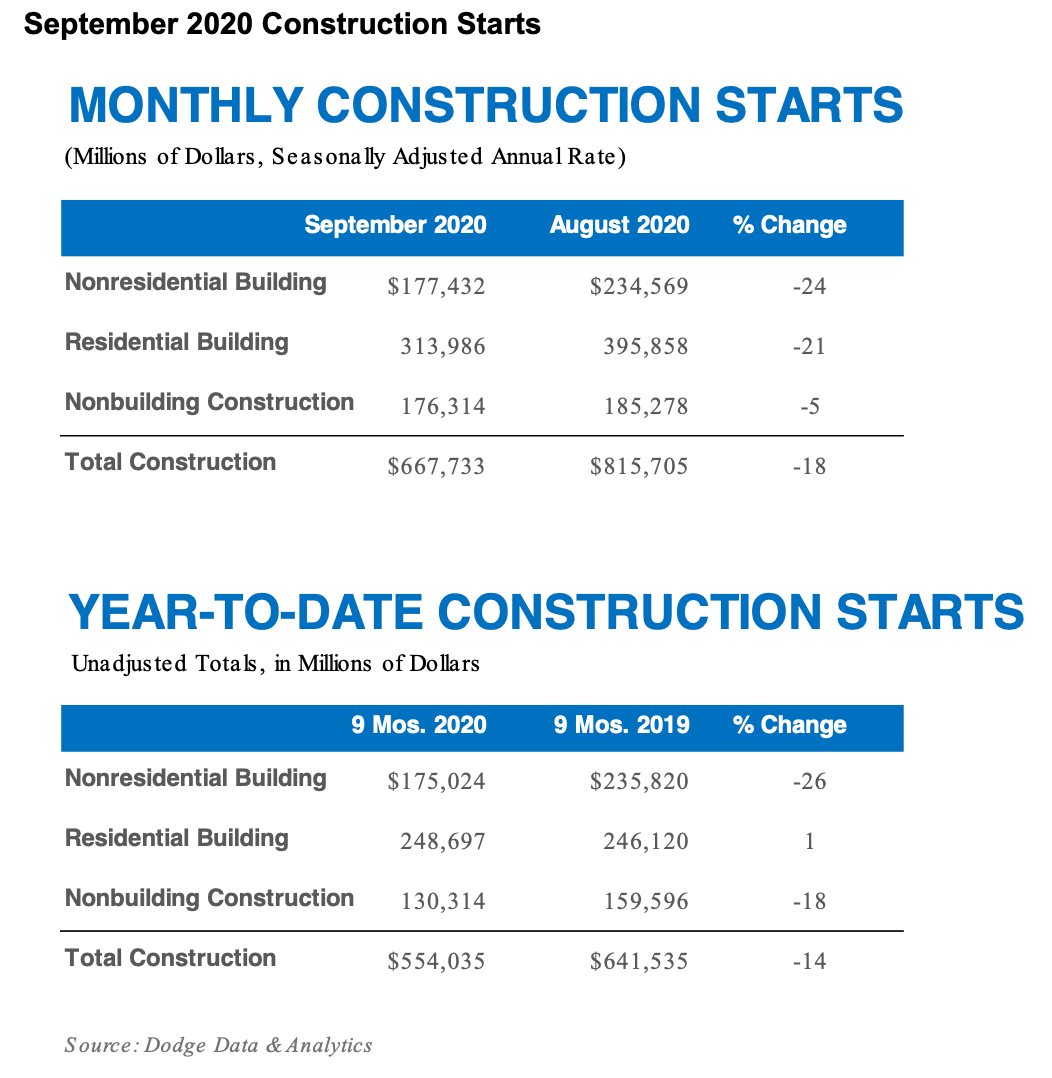 Nonbuilding construction fell 5% in September to a seasonally adjusted annual rate of $176.3 billion. Highway and bridge starts rose for the third consecutive month, jumping 10%, while utility/gas plant starts moved up 21%. However, environmental public works and miscellaneous nonbuilding starts each lost 26% over the month.

Nonresidential building starts were down sharply over the month of September, falling 24% to $177.4 billion. There was little good news in the detail: institutional starts fell 8%, manufacturing starts were 48% lower, and commercial starts dropped 36%. Only two building types posted a gain in September – retail and public buildings.

The two largest nonresidential building projects to break ground in September were the $330 million second phase of the Iceberg Towers in Burbank CA and the $330 million East Market Mixed-Use complex in Philadelphia PA. These projects were followed by the $296 million first phase of the Moffitt Cancer Center Hospital in Tampa FL.