Construction employment has rebounded since plummeting in March and April, and the industry’s unemployment rate stands at 6.8% as of October. 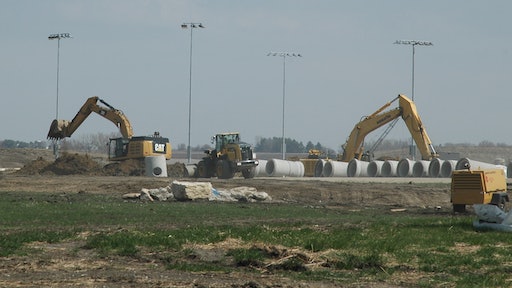 The Marcum Commercial Construction Index for the third quarter of 2020 reports that the industry continues to recover jobs lost from the recession caused by COVID-19.  Construction employment has rebounded since plummeting in March and April, and the industry’s unemployment rate stands at 6.8% as of October, just below the 6.9% rate observed across all industries.

The index is produced by Marcum LLP’s Construction Services Group.

“The first two months of the pandemic witnessed the elimination of 1.1 million construction jobs. Between May and October, the industry recovered 73% of those lost positions,” wrote Anirban Basu, Marcum’s chief construction economist and author of the report, entitled The Arguably Better, the Not So Bad, and the Downright Scary.

Mr. Basu points out that the nonresidential segment has not recovered as rapidly as its residential counterpart. “Much of the construction industry’s momentum pertains to a surge in homebuilding.  For a variety of reasons, the single-family housing market has emerged as one of America’s leading economic drivers.  While mortgage rates were low as the pandemic approached, they have fallen further since, inducing many people to begin thinking about homeownership.”

Construction input prices have not been subject to inflation thus far, although Mr. Basu warns that could change. “Materials prices expanded nearly 2% in September and are now higher than they were at the same time last year.  Despite the lingering pandemic, the global economy has been recovering, increasing demand for key commodities.  Rapid viral spread, including in Europe and parts of North America, render materials shortages more likely during the winter months.”

Mr. Basu predicts that the economy will dip back into recession during the winter. “While many recent economic metrics provide reasons for optimism, contractors should remain on guard.  Another recession is probable as COVID-19 rages across the nation, driving up hospitalizations and inducing governors, mayors, and others to reimpose social distancing directives.  The ‘v’ is set to become a ‘w.’ The good news is that much of 2021 could be spectacular for the broader economy as post-election stimulus potentially synergizes with a vaccine.”

Marcum’s national construction leader, Joseph Natarelli, says, “The construction Industry is a job creator and an essential function of the economy, our national infrastructure, and the landscape. Work-from-home, lock downs and cut-backs are beyond our control. But we can use this time to prioritize trade education to fill the perennial shortage of specialized skills for the post-pandemic future, both to bring more young people into construction careers and to help the mature construction workforce develop new skillsets.”